What Could England’s Test Team Look Like In Five Years’ Time? 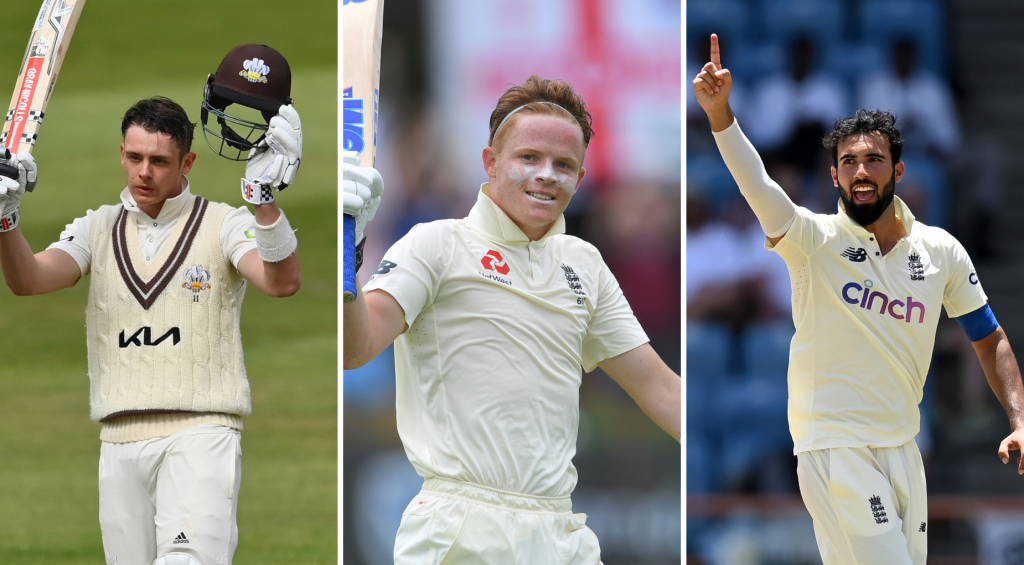 With many of England’s players now on the ‘wrong’ side of 30, we have a look at what England’s Test team could look like in five years time.

For the purposes of the exercise, we have retired all of Jonny Bairstow, Ben Stokes, Joe Root, Stuart Broad and even half-human, half-robot, Jimmy Anderson, all of whom will be 36 or older come 2027.

Surprisingly, only three of our XI have never played Test cricket before, with a product of England having selected so young in recent years (paging Dr. Ed Smith) being that many of the nations’ youngest and best talents have had a previous taste of Test cricket.

So, without further ado, what England’s Test team could look like in five years time.

In 2027, Haines will be 28 years old and in the prime of his life. Haines became Sussex captain last year at just 22 years of age and has averaged more than 40 in both the last two first-class seasons. Not only that, but he was the leading run scorer in the County Championship in 2021.

Sibbers is back. It’s hard to believe that Sibley, who made his first-class debut almost a decade ago, is only 26 years of age. But it’s true. He has already had one crack at Test cricket which ended with modest if respectable returns where he averaged 28.94 from 22 Tests. He was dropped towards the end of last summer but has worked hard at his game, scoring two centuries in the County Championship this year and finding himself back in the England Lions set-up.

If Crawley can last the next five minutes in this team, there’s every chance he’ll last the next five years. His career may seem on the edge at the moment after a tortuous summer where he has averaged 22.08 in first-class cricket, but all of those around him believe there is a player of world-class quality there who is earmarked for greatness, so he’s in.

This is, hopefully, the banker. If Pope isn’t in then something has not gone the way we’ve hoped and expected. He’s not a natural No.3 and – assuming that Root has retired in five years time – Pope has finally taken his long-awaited and preferred spot at No.4 in the order.

Currently a picture of wrists, swagger and flair. In five years’ time, Lawrence will have no doubt become the picture of slighty older wrists, swagger and flair. His brief time spent in the Test team has suggested at a player befitting but not fully ready for the Test stage and it is hard to believe that in five years time that will still be the case for Chingford’s finest. Harry Brook, uncapped but England’s current next cab off the rank, could easily slip in here too.

Smith is the wicketkeeper in this side. At 22 years old, Smith already has five first-class centuries and an average touching 40. Highly rated by the England ranks, Smith has already appeared in England Lions squads.

In this team of the future, Sam Curran, who has already made over 60 apperances for England in all formats, will still be yet to turn 30. In this side, Curran fills the role of the all-rounder and fourth seamer. Surrey have long thought highly of Curran’s batting and this year he has averaged 75.66 in the County Championship where he has also played as a specialist batter.

Patterson-White has flown somewhat under the radar early in his career. The 23-year-old slow left-armer from Nottingham averages 28.54 with the ball and 25.70 with the bat in first-class cricket. More than handy with both and with no doubt a lot more still to come.

If Robinson stays fit, he will play lots for England. On the field his debut season was a fantastic one, averaging 21.28 with the ball from his nine Tests as he proved himself to be one of the best bowlers in the country.

Potts career has got off to a fantastic start, averaging 26.72 from his first four Tests and getting the wood over New Zealand’s Kane Williamson across the three-match series against the Kiwis. If all goes to plan, the Durham seamer will be inked in for a long time yet.

Debuted in the Caribbean this year, Mahmood impressed and would’ve been inked in for a Test or two this summer had injury not struck. The quick Lancastrian is capable of bowling with the old ball as well as new and, fitness depending, could have a long international career ahead of him.