Asia Cup 2022: Pakistan Is Scared Of Only One Indian Cricketer

The Asia Cup 2022 is just around the corner and the fans just can’t wait for the marque event to kickstart. The Asia Cup is returning after a gap of four long years and will start later in August in UAE, where the Indian cricket team will be seen locking its horns with Pakistan in the second match of the 2022 edition at the Dubai International Stadium.

Fans are waiting anxiously for the high-octane thrilling match between the arch-rivals — India and Pakistan. India had lost by 10 wickets in their last meeting against their arch-nemesis, in the 2021 T20 World Cup, at the same venue.

Ahead of the much-awaited match, former Pakistan pacer Aaqib Javed made a huge claim as he compared India and Pakistan. Speaking to Paktv.tv, Pakistan’s World Cup-winning pace bowler, said that the difference lies in the middle-order line-up of both teams.

He feels that both the teams have top-order batters that possess match-winning abilities however he also admitted that the difference stands is the presence of one man — Hardik Pandya.

Yes, you read that right. Aaqib Javed feels that India’s star all-rounder Hardik Pandya’s presence is the difference that puts India ahead of Pakistan. He said:

“The difference between the two teams lies in their batting. India’s batting is still more experienced. If a batter like Rohit Sharma clicks, he can single-handedly win the match for India. Similarly with Fakhar Zaman. If he plays with control, he can win the match for Pakistan. But the middle-order line-up of India and Pakistan, that’s the difference. Also their all-rounder, that makes a difference. Because Pakistan does not have a Hardik Pandya like all-rounder,”

Hardik Pandya was a part of the Indian cricket team that suffered an embarrassing 10-wicket defeat at the hands of Pakistan in Dubai last year. However, at that time he had featured in India’s playing XI solely as a batter.

Questions were raised on his form and as a result, he was dropped from the team. In his absence, the BCCI tried several players to fill the shoes of Pandya, including Venkatesh Iyer, but it looked like a difficult task. 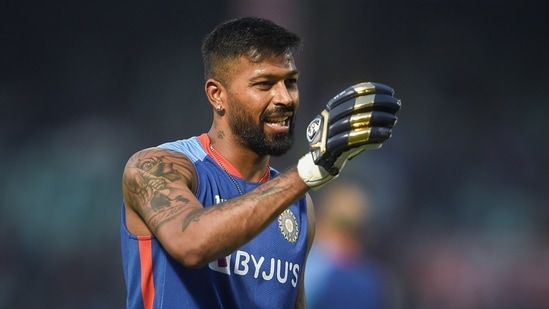 Hardik Pandya made a blockbuster comeback, that left everyone stunned. He led Gujarat Titans to their maiden title on his first try as captain. Riding on the back of his performances in IPL 2022, Pandya returned to the Indian side, and ever since then, the cricketer has been giving back-to-back amazing performances. He is back in his prime form and it won’t be wrong to say that he will be dangerous for the Pakistan cricket team.

Quiz! Name Every Centurion In England-South Africa Men's Tests Since 2000