County-Honed, Red-Hot Ryan Rickelton Could Be The Ace Up South Africa’s Sleeve 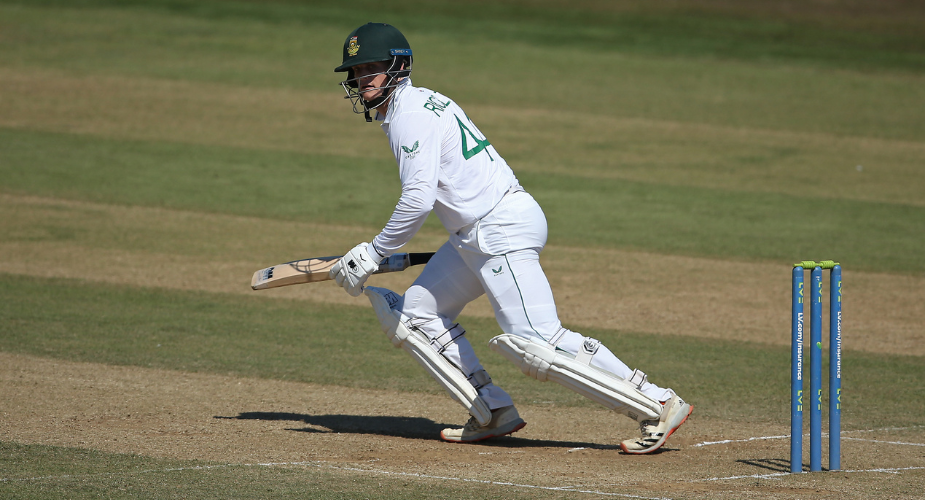 South Africa have struggled for batting stability in Test cricket in recent years. But in Ryan Rickelton, they could have an ace up their sleeves as they take on England, writes Shashwat Kumar.

Keen followers of South African domestic cricket have probably mentioned Ryan Rickelton before, notably as someone who could have a long Test career. Ever since breaking onto the scene, he has been touted as a future star. As it often happens with promising young cricketers though, there were question marks over whether he could make the seamless transition from junior cricket to senior cricket. He was also not selected for the South Africa side that eventually clinched the 2014 U19 World Cup.

The left-handed batter made his first-class debut as a 19-year-old in November 2015, bagging a duck in his first innings. He only made seven the next time he batted and had to wait for more than a year to make his second appearance. A 13-run knock didn’t quite set the stage alight and cast further doubt over his ability. His third senior red-ball game, though, quelled all those fears.

Rickelton hit 139 for Gauteng against Boland, telling those who had doubted that he had come of age. This innings came almost 15 months after making his debut, hinting that even when things might’ve gotten pear-shaped, he had the requisite temperament to overcome it.

Ever since, there has been genuine excitement whenever talking about him. An elegant batter capable of dominating any kind of attack, his run-scoring has gone up a notch in the past twelve months. Since the start of June 2021, the 26-year-old has scored 1,351 first-class runs in 21 innings at a staggering average of 75.05. He has nine scores of 90 or above during this phase, which also includes six hundreds.

The string of high scores led to a Test debut against Bangladesh earlier in the year. He could only manage 21 runs in his first Test innings but returned unbeaten on 39 in his second knock, helping South Africa set a fourth-innings target that was ultimately beyond Bangladesh’s reach.

A game later, he breached the 40-run mark. It wasn’t a display that made everyone in the world sit up and take notice. However, it was the sort of performance that made people believe Rickelton was cut out for international cricket. And, the left-handed batter has only reinforced that argument with a fine County Championship season for Northamptonshire.

Rickelton played eight innings for Northamptonshire, tallying 539 runs. His average of 77 was also the fourth-best in Division One for any batter to have scored a minimum of 100 runs. Among those averaging in excess of 70, only Harry Brook and Sam Hain had more fifty-plus scores than Rickelton.

This, though, is hardly an anomaly. Apart from a slightly tough teething period, the 26-year-old has owned whatever domestic red-ball stage he has featured in. As things stand, he has scored 3,512 first-class runs at an average of 53.21. He also has 12 tons in 72 innings, equating to a century every six innings, which is pretty impressive for someone who has batted a chunk of his career in England and South Africa. Add to that the 14 fifties he has put together, and you have a batter as consistent as any in first-class cricket.

For context, no batter currently in South Africa’s Test squad averages more than 45 in first-class cricket. That, apart from portraying how special Rickelton has been in red-ball cricket, also hints that the Proteas might be crying out for someone of his calibre.

Technically, Rickelton might not be the finished product yet. He has a tendency to drive away from his body and quite a few of his drives are aimed square of the wicket – something that could cause him problems against James Anderson, Matthew Potts and Stuart Broad. His feet also don’t move as much as a textbook on batting in English conditions might mandate.

That said, the left-hander has found a way to score truckloads of runs on these very shores. He has seemingly relied on his positive mindset and has waited for the right deliveries to play the strokes that he wants. It might not be as extravagant as Ben Stokes or Jonny Bairstow, but he has evolved a mechanism to score runs in England.

Additionally, England allowed two left-handed batters to get centuries at Edgbaston earlier this year. While Ravindra Jadeja and Rishabh Pant are fundamentally different batters to Rickelton, the added advantage of having Rickelton in the middle order could prove crucial. With Quinton de Kock no longer around, the Proteas only have two left-handed batters – Dean Elgar and Sarel Erwee – apart from Rickelton, meaning that the youngster could provide them with a different dimension.

The biggest tilting scale, though, is that he is in form. It might not have surfaced against the England Lions but the numbers in the County Championship are indicative of his class. Moreover, he has, throughout his career, shown the ability to handle adverse circumstances – a trait that could be pivotal against an England side that will look to put South Africa under all sorts of pressure.

Whether South Africa go down this path remains anyone’s guess, considering they have a plethora of options, and most of the middle-order incumbents fared decently against the England Lions. But if they are willing to back Rickelton, it would be for good reason.

County-honed and in red-hot form, this might actually be the best possible time for South Africa to throw him into the deep end. Historically, too, he hasn’t fared badly whenever that has happened.