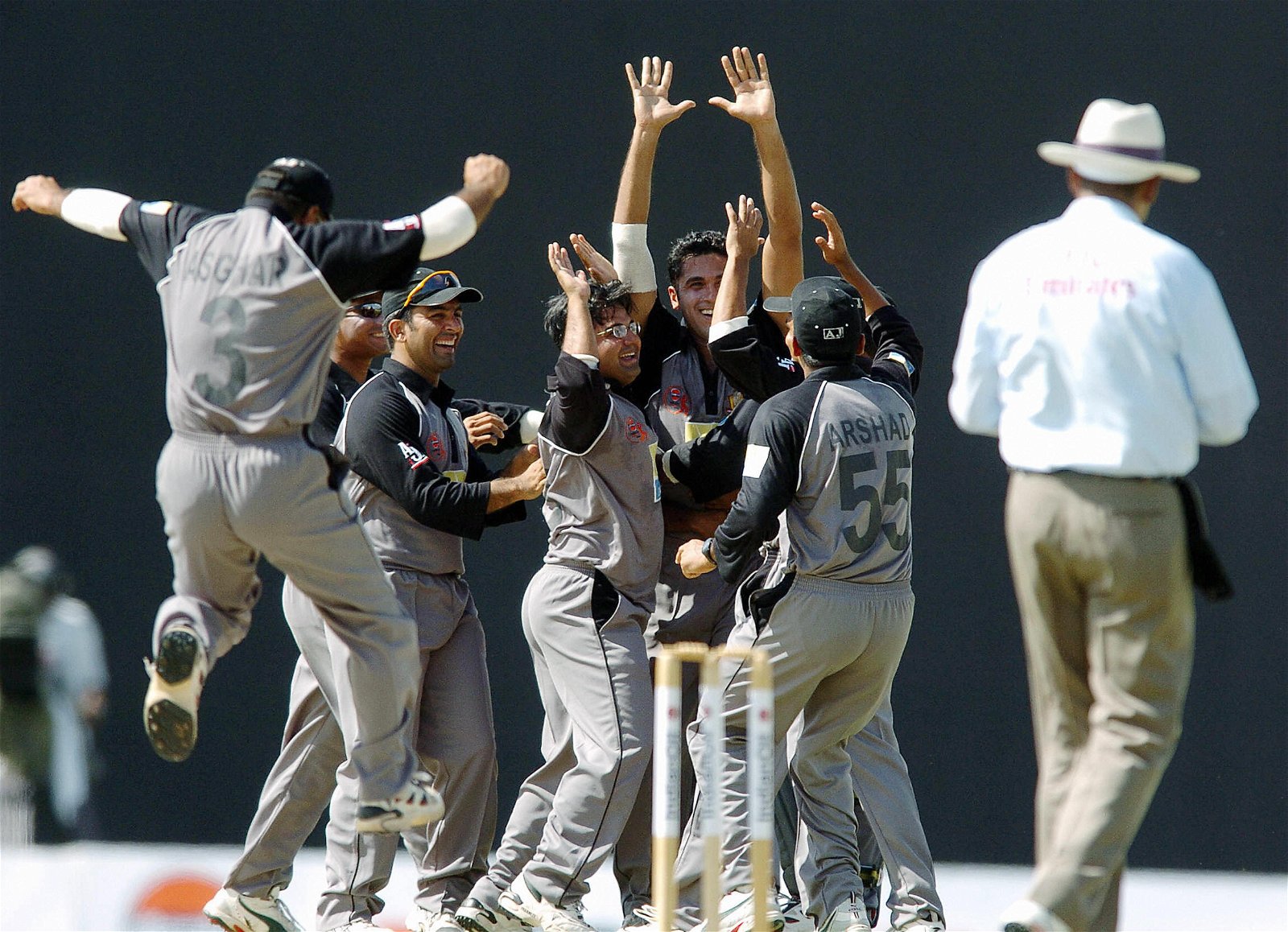 There was nothing special about Asim Saeed dismissing Sachin Tendulkar – barring the fact that it made him richer by a thousand dollars.

India were pitted with hosts Sri Lanka and the UAE in Group B of the 2004 Asia Cup. However, two teams qualified from each group to the Super Fours, and India and Sri Lanka made it without much fuss.

In their first match, India put up 260-6 and bowled out the UAE for 144 in Dambulla. The Indian innings was built around Rahul Dravid’s 93-ball 104. Dravid ran 72 of these runs as well as for his partners’ runs before keeping wickets. Irfan Pathan (3-28) and L Balaji (2-28) then reduced the UAE to 36-5 to take the fight out of the contest.

None of them, however, caused as much stir as UAE left-arm seamer Asim Saeed. Ahead of the tournament, a UAE official had promised any bowler from the nation USD 1,000 if they could dismiss Tendulkar. Since UAE had a realistic chance of meeting India only once in the tournament, there could be exactly one contender for the wicket.

Of course, this was nothing compared to what Khalil Ismail Mubarak and Ali Thani Jumma had ‘won’ for scoring goals at the 1990 FIFA World Cup in Sri Lanka. True to his word, UAE Prime Minister Sheikh Zayed bin Sultan Al Nahyan had gifted them a Rolls Royce apiece. Still, a thousand dollars was a substantial amount for one wicket, even if it was Tendulkar’s.

Tendulkar tried to flick the fifth ball of the eighth over (Saeed’s fourth), but could only manage an inside edge. The ball went to Fahad Usman at short mid-wicket. Tendulkar left for a 25-ball 18, and Saeed was mobbed by his teammates.