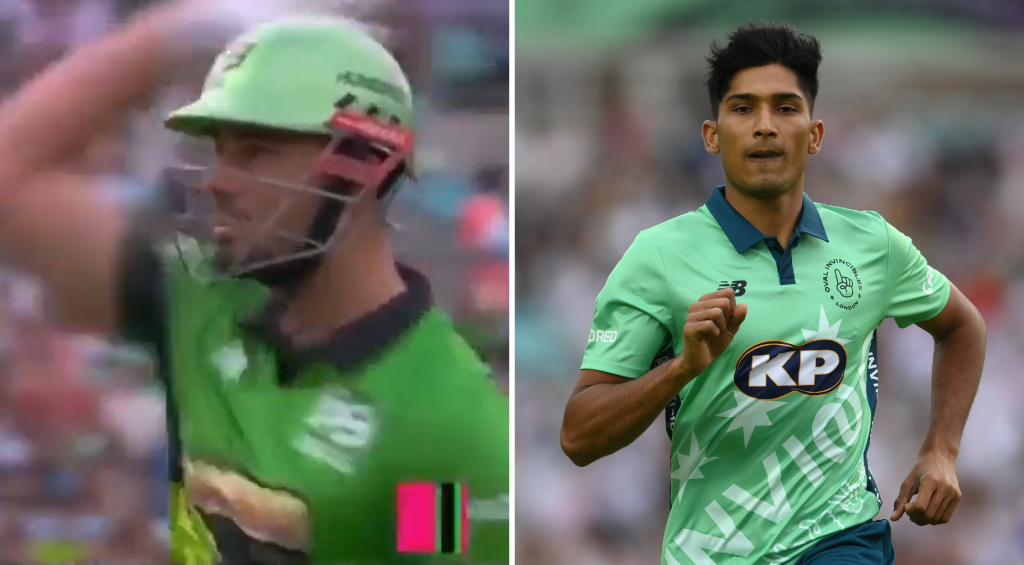 Marcus Stoinis has been criticised for appearing to question the legality of bowling action of Mohammad Hasnain.

Stoinis mimed a throw as he walked from the field following his dismissal by the Pakistan quick in Southern Brave’s away clash against Oval Invincibles. The Australian fell for 37 off 27, mistiming an 88mph Hasnain delivery to mid-off.

Stoinis was criticised for his apparent questioning of Hasnain. “This is shocking!” wrote Azeem Rafiq on Twitter. “Hasnain has been cleared & it has nothing to do with Stoinis.”

Others also criticised Stoinis, with some suggesting he could face disciplinary action.

Downright disgusting from Stoinis- I hope the match referee takes some form of disciplinary action. Hasnain has been cleared and verified by an AUSTRALIAN independent expert. https://t.co/401A7HW3XY

Interesting. Wonder if stoinis will be in trouble for this implication …. https://t.co/udJzcJ8yJa

Hasnain has recently been declared fit to bowl again after undergoing remedial work, following a ban from bowling earlier this year due to an illegal action. One of the quickest bowlers in world cricket, Hasnain’s action has been questioned in the past by another Australia all-rounder, with Moises Henriques saying “nice throw mate” to Hasnain during the Sydney derby in the 2021/22 Big Bash League. Soon after, it was reported that his action would undergo tests.

Oval Invincibles ran out comfortable winners at The Oval by seven wickets with 18 balls remaining, with a Will Jacks century guiding a chase of 138.

Really bad of @MStoinis to imply that Hasnain is chucking the ball. pic.twitter.com/GdX3wyN9fl