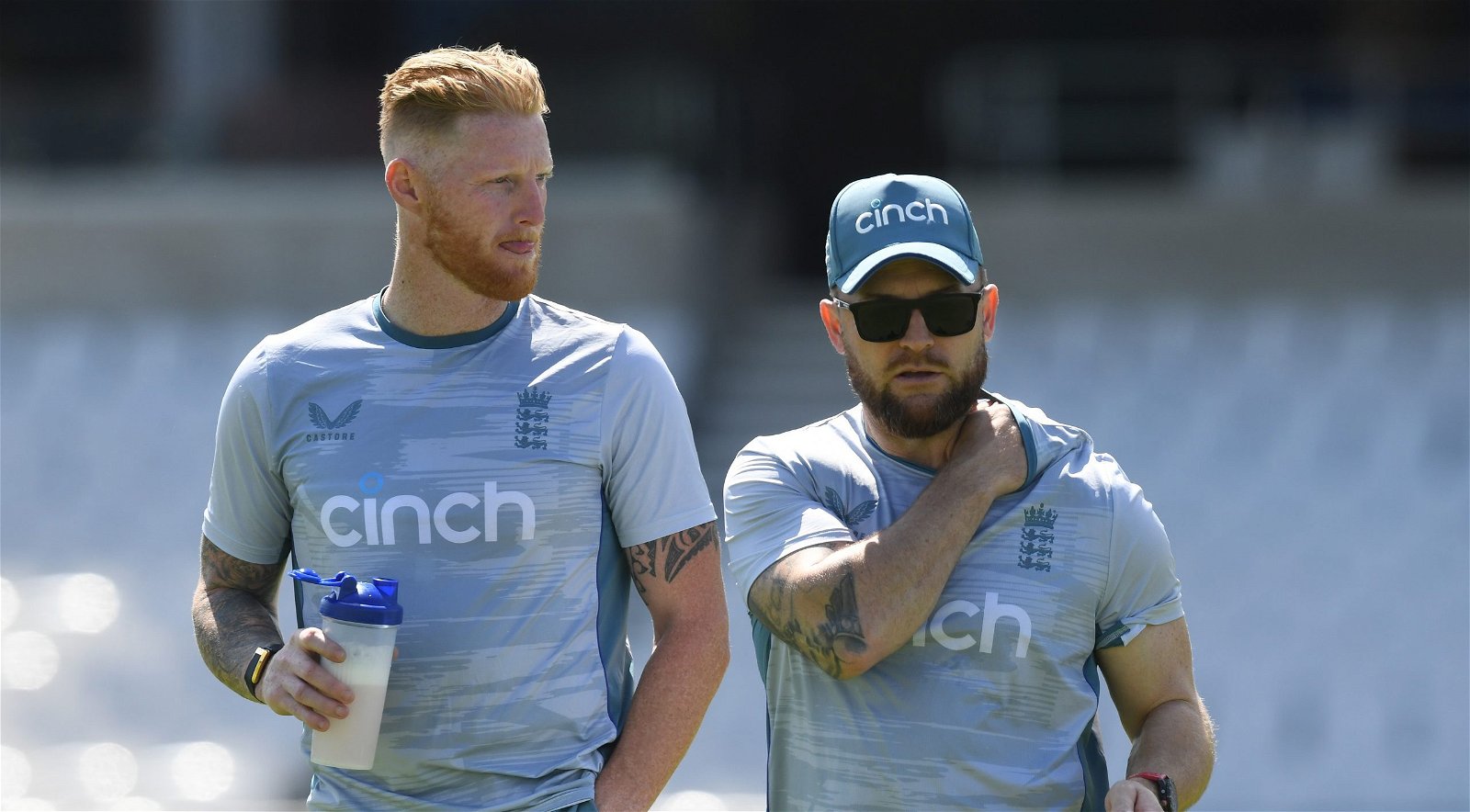 Does Bazball exist? If you are an opposition Test captain asking yourself that question, then it has already done its job.

Of course, Brendon McCullum claims to dislike “that silly term’, while Rob Key says it “devalues” what England have accomplished. But they will also happily label Stuart Broad ‘the Nighthawk’, complete with Instagram bio changes and fan-shopped Twitter memes. ‘It’s only sevens’ offers Stokes, while suggesting needlessly completing a chase on the fourth evening. Any team with Jonny Bairstow and Joe Root in the form of their lives will be quite good. But it’s clear something is happening here.

Still, if you have been watching closely, you would have noticed that England did not actually do any of those things they said they were considering. And that is sort of the point. Let us revolutionise the game, while also not putting into place half of the innovations that we come up with, and let us also pretend that we have not actually done anything all that original. It is not that they never entertained any of those ideas. It is that the advertisement of the invention can be just as effective as the invention itself.

Think of it as Shane Warne’s ‘variation’ gambit, the regular suggestion of new additions to arsenal serving to play on a hapless batter’s mind even before he had reached the crease, but applied on a macro level. The point of these was that no one was ever sure if there really was a new weapon forthcoming, and so a player would be on the look-out for something new, all while second-guessing if there was anything to be looking out for. Then the stock leg-break, or the flipper, or any of the deliveries Warne definitely did possess, would come along, and that would be that.

Warne was, in many ways, Bazball’s spiritual precursor. And if the greatest trick the devil ever pulled was convincing the world he did not exist, then the deceit of Bazball is that, by the time the opposition have figured out their own answer to the question of whether or not it means anything at all, Jonny Bairstow has smashed a run-a-ball ton in another record chase.

This has been most clear to see in the third innings of matches, often the hardest to work out how to approach. England’s biggest first-innings lead so far this summer is the 31 they managed in the third Test against New Zealand, and they have twice conceded deficits. But as soon as the next innings begins, you can see the cogs start to whir, and England start to edge ahead.

You can picture the team strategy meetings: “We’re ahead, just don’t do anything silly. We’ll need as many as possible, because we know they love to chase. Actually, we probably don’t need to even think about dangling a carrot, since they’ve said they’ll try and chase literally anything. But what if that’s a bluff and then they just block it? And what if they actually prefer chasing more runs? Should we think about setting them less than we otherwise would to spook them? No, that’s ridiculous. What’s that, we’re six down already? What’s that? Bairstow already has his hundred?”

For South Africa, the method is to pretend they are ignoring it completely. “I don’t know what you are talking about, you’re talking a totally different language,” Anrich Nortje told the i when asked about how he plans to combat Bazball, a bizarre exchange that only makes sense if you imagine Nortje misheard the question as being about baseball. The word has reportedly been banned in the South African dressing room, although not fully, since to ban it you’d have to utter it in the first place.

Dean Elgar – square jaw, man’s man – is telling anyone and everyone that he is absolutely not rattled. “I’ve got absolutely no interest in the style that they’ve played,” he tells the Guardian. “I’d like to see them do it against our seamers.” To Wisden Cricket Monthly: “I don’t see that there’s longevity in brave cricket. Had New Zealand taken their opportunities and their catches then things could have been very different. England would have come away with egg on their faces.”

And you know what? He might be right. England surely have to come properly unstuck at some point. Bairstow cannot keep blasting run-a-ball hundreds. Joe Root’s 18-month hot streak has to have space for a small interlude. South Africa really do have a very good seam attack, although so did New Zealand and India. But even if Stokes’ troops do lose a game – god forbid, even a series – you get the sense that that still, on some level, would not really mean you have beaten them. Partly, this is because, even in the space of four Tests, it has been so fun, and such an improvement, that the experiment has already been worth it. England would need to lose 32 games without tasting victory for their win/loss record under Stokes to be as bad as it was in Root’s last year.

Failure is baked into this process. The inevitability of it is part of the point. Stokes and McCullum want to go too far to find out where the line is, which means that, by beating them, you would still only be playing into their hands. “We’re surrounded. That simplifies things,” is essentially the idea. Any victory will be glorious, any defeat will be valiant. The whole point is to entertain. It will take more than a collapse or two to derail this train.