Where Are India’s 2000 U19 World Cup Winning Squad Members Now? 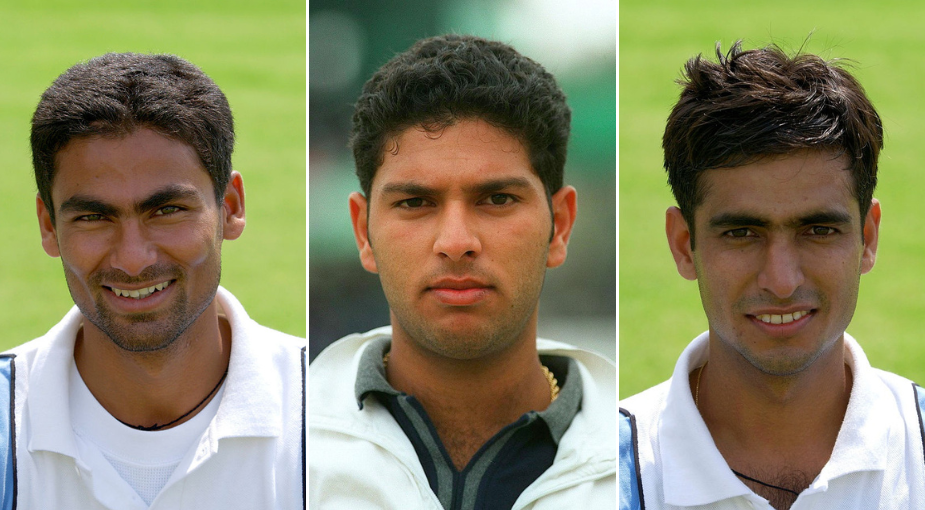 The 2000 U19 World Cup win came about as a stepping stone in India cricket’s changing of the guard at the turn of the millennium.

The triumph of the teenagers, while giving the senior side a few future cricketers, also helped form the template for a strong junior-level system in the years to follow.

Coached by Roger Binny, a World Cup-winning all-rounder, India beat Bangladesh, Nepal, New Zealand, England and Sri Lanka in the Super League stage, before going past Australia in the semi-final and triumphing over Sri Lanka in the final.

Leader of the winning unit, Kaif was already a first-class cricketer when the team travelled to Sri Lanka for the tournament. The win proved to be a perfect launchpad: within two months of the final, he was handed a Test cap, facing a visiting South Africa side at home. It was in ODIs, though, that he left a mark as a punchy middle-order bat, beginning with the historic NatWest final victory in 2002. A brilliant fielder, Kaif occupied an ODI batting spot consistently until 2006, after which he was left out. He played domestic cricket until 2017, and has since taken up various coaching and broadcasting commitments.

One of the openers on the tour, Manish, too, was given first-class exposure early, playing 31 first-class games for Punjab until 2006. He then featured in the Indian Cricket League, the rebel T20 league, featuring in the middle order for Chandigarh Lions. He wasn’t part of the list of players offered amnesty by the BCCI after the ICL disbanded, and didn’t play professional cricket thereafter.

Like Kaif, Ricky had also become a first-class cricketer before the U19 trip, having debuted for Punjab back in 1998. Unlike Kaif, though, Ricky’s career remained limited to domestic cricket – he played 73 first-class and 40 List A games until 2008. India’s leading run-getter in the tournament, Ravneet now works as an Air India commercial officer, according to his social media profile.

Easily the biggest name on this list, Yuvraj graduated to the highest of levels, as every junior cricketer aspires to. Months after he was named Player of the Series, Yuvraj had the India kit on, deflating Australia’s famed attack in his debut innings in the 2000 KnockOut Trophy. He went on to become of one India’s greatest limited-overs cricketers, starring in the 2007 T20 and 2011 50-over World Cup wins and representing the side in 399 international fixtures.

A bustling all-rounder who was earmarked for a bright future, Sodhi came into the tournament with the reputation of having led the side to an U15 World Cup win five years before (he’d made his first-class debut aged 16). At the U19s, he ended with a Player of the Match award in the final and was handed an ODI cap by the end of the year. He appeared in 18 one-dayers, and played domestic cricket until 2010, including stints in the ICL and IPL. He’ll be seen featuring in the Legends Cricket League later this year.

A veteran of 100 first-class games, Niraj featured on the domestic circuit until 2015, having debuted much before the U19 tournament. After the win, he enjoyed a long career for Gujarat, also making it to the India A squad, and was an opener in the Rajasthan Royals side that won the inaugural IPL under Shane Warne.

Another from the U19 batch who reached the highest level, Venugopal Rao, an Andhra first-class cricketer since 1998, enjoyed a long domestic career, and a brief one with the India ODI side. He gained instant recognition when he struck 228 in South Zone’s 501-run chase against an England A side in 2004 and was handed the first of his 16 ODI caps the following year. He continued to play domestically until 2017, including IPL stints, most notably with the 2009 title-winning Deccan Chargers side.

A baby-faced Ratra became the youngest Test wicketkeeper to score a century during India’s tour to the Caribbean in 2002, two games after being handed a debut, and a couple of years after winning the U19 title. The international career lasted six Tests and 12 ODIs, but Ratra continued to play domestic cricket until 2013. He now works at the National Cricket Academy as a coach.

A tall left-arm spinner who finished as the second-highest wicket-taker for India in the U19 contest, Dave was given a first-class look-in by Rajasthan before the side travelled for the World Cup. He continued to play until 2006, featuring in 16 first-class and 28 List A games. In 2018, a biography titled ‘Could be a hero’ based on his life was released.

A right-arm seamer who was handed first-class exposure a month after the U19 win, Tripathi picked 30 wickets in 13 red-ball games for Uttar Pradesh before fading away from competitive cricket by 2004, aged 22.

A left-arm seamer, Srivastava ended as the highest wicket-taker in the competition for India. Having been handed a Ranji look-in a month ahead of the World Cup, he went on to represent Uttar Pradesh until 2010, also featuring in the ICL and the IPL (seasons 2010 and 2011 with Kings XI Punjab). In 2012, he was banned for five years by the BCCI in relation to the IPL spot-fixing scandal but continued to plead innocence thereafter.

Note: Vidyut Sivaramakrishnan, Arjun Yadav and Mihir Diwakar were also picked, but did not play a game.

V Sivaramakrishnan was a Tamil Nadu first-class cricketer until 2010, also briefly featuring in the IPL for Chennai Super Kings as an opener. He now works as a commentator.

Arjun Yadav, the son of Test cricketer Shivlal, featured in 83 first-class games for Hyderabad, and eight games for Deccan Chargers in the 2008 IPL.

Mihir Diwakar represented Bihar and Jharkhand until 2009, playing a total of 39 first-class and 36 List A games. He now heads a sports management company that works in association with MS Dhoni’s cricket academy.