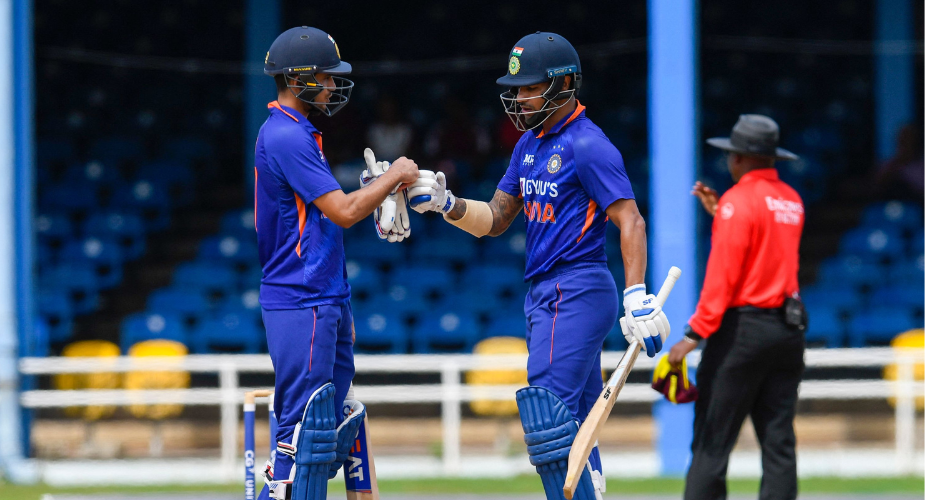 India lock horns with Zimbabwe in a three-match ODI series beginning August 18. Four Wisden writers pick the XIs they feel the visitors should select for the first ODI.

The India team, fresh off a 3-0 series victory in the Caribbean, would be looking to add another win to their kitty. KL Rahul has returned from injury and is slated to lead the side. But with a number of stars, including skipper Rohit Sharma, Rishabh Pant, Suryakumar Yadav and Virat Kohli missing, there are several places up for grabs.

Four Wisden writers pick their XI for the 1st ODI on August 18.

The temptation was to open with Rahul and Dhawan. That said, India will not get a better opportunity to test Gaikwad’s ODI mettle. He has a stellar List A record (the second-best average among Indians after Kohli; minimum 50 innings), and looks suited to his format. Rahul might anyway bat in the middle order once Rohit returns, and everyone knows that Gill is capable of as an opener. Hooda and Samson, meanwhile, will act as the finishers/middle-order enforcers in this side, alongside the ever-improving Axar.

With the ball, it is imperative India use Chahar in this series. The seamer returns from injury and might not get a better audition for the T20 World Cup. Krishna and Siraj haven’t done a lot wrong lately, and as with Chahar, if India are to gauge Kuldeep’s readiness post-injury, it has to happen in this series.

India start another ODI series with a mix of reserve players alongside some of the senior pros who are making a comeback. I will stick with the same core of the players that played the ODI series in the West Indies, with the inclusion of KL Rahul and Kuldeep Yadav, who are making a comeback. Since Shreyas Iyer has been rested for the series, a spot opens up in the top three: I will play Ruturaj as an opener and have Gill at three.

It is seriously getting hard to keep track of Indian XIs these days, given the ridiculously high permutations and combinations of players on every tour. Anyhow, Dhawan and Gill open for me: partly because they did well in the Caribbean, and partly because I would want Rahul to stay put in the middle order. Deepak Hooda is at three, because I feel he can do wonders if given enough playing time. Rahul follows, while Samson and Tripathi play the finishing role.

In the spin section, Axar and Kuldeep are easy picks. The pace combination is trickier. I’d definitely opt for Chahar: without him, the attack looks one-dimension.

India will almost certainly have Dhawan, Rohit Sharma, and Virat Kohli in the top three in next year’s World Cup. If Rahul eventually makes it to the XI, it will be at No.4, so why not start already? Gaikwad barges into the XI with a List A average of 54.73, though I shall prefer Gill at the top. I pick Kishan ahead of Samson because of his slightly superior numbers in 50-over cricket, international or otherwise.

Rahul Tripathi is not only a personal favourite but also deserves a chance, but Hooda’s bowling abilities may come in handy: what if one of the bowlers breaks down?

The batting abilities of Axar and Chahar – back from an injury – should be enough to keep Shardul Thakur out. Along with Kuldeep, Prasidh, and Siraj, they will form a formidable quintet.

Find Out The Match Fee Difference Between India And Pakistan Cricketers