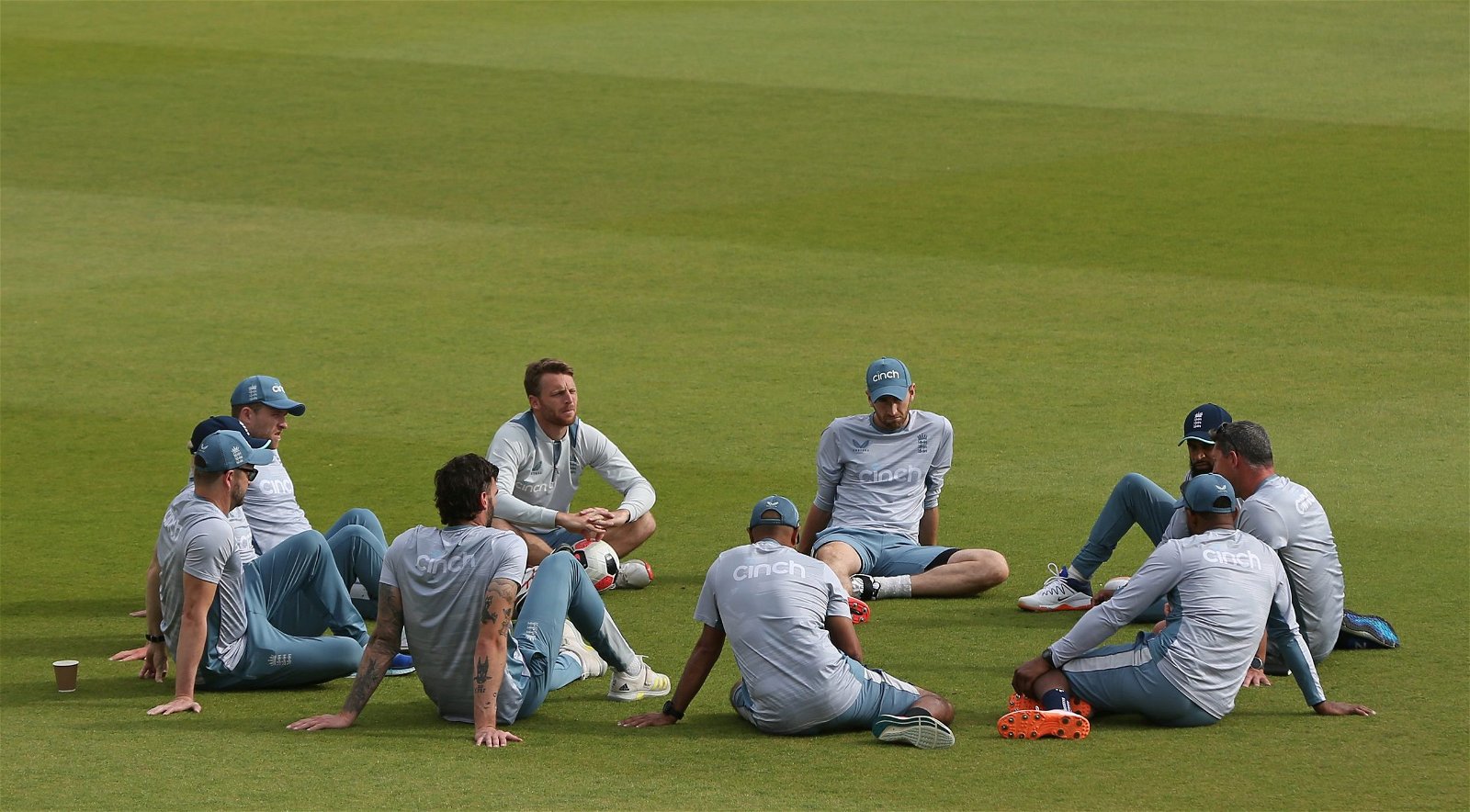 England have announced a 15-strong squad for the T20 World Cup, along with a 19-man group to tour Pakistan for seven T20Is.

Jason Roy has been left out of both squads, with Ben Stokes recalled after a lengthy absence.

England’s squad to tour Pakistan includes five players uncapped in T20Is – Tom Helm, Will Jacks, Jordan Cox, Luke Wood and Olly Stone. Jos Buttler is set to miss the early stages of that series as he recovers from injury, with Moeen Ali to captain in his absence. Chris Jordan, Liam Livingstone and Stokes will all miss that series in its entirety.

It was coming, but it’s also hard to believe it’s happened. Jason Roy’s form this summer has bordered on the unselectable: 76 off 98 balls in T20Is, 51 off 51 in The Hundred, an average of 11 across both. But it’s still a huge call, with Roy’s swagger vital in upholding England’s aura. He has been assured a comeback is not impossible at some point. “I don’t see in any stretch that this is his T20 career over,” Rob Key said upon announcing the squad. “It’s just a case of him finding form.” But any return to runs will have to come after the World Cup, with Roy selected in neither squad announced this morning. Key confirmed that Jonny Bairstow is set to move up to open with Jos Buttler, with Ben Stokes batting at No.4.

England are taking a punt on Ben Stokes

Ben Stokes is Ben Stokes, so for any game of cricket for which he makes himself available, you pick him. But England slotting him in at No.4 for the T20 World Cup is a decision that comes with several risks. Ben Stokes has not played a T20I since March 2021, with it over a year since his last T20 game. He won’t tour Pakistan leaving him just three T20Is against Australia to rediscover his short-format form. And he’s being backed at No.4, where he last batted in 2019, where he averages 26 in all T20 cricket, and where he has never batted for England. But Ben Stokes is Ben Stokes, and so he plays. And as he has shown at the World Cup stage before, there are things he can do, in the biggest moments when the pressure is at its highest, that no one else can.

England are sweating on their fast bowlers’ fitness

On the face of it, everything looks to have been timed perfectly. Chris Woakes and Mark Wood, neither of whom have played this summer, are both back in England’s T20 World Cup squad. Reece Topley missed the last few games of The Hundred in preparation and is also in. In reserve they have Richard Gleeson and Tymal Mills, both capable of topping 90mph. As are Olly Stone and Luke Wood, both in England’s Pakistan squad but not able to break into the World Cup 18. Tom Helm isn’t quite capable of those speeds, but has also justified a well-earned call-up.

But scratch beneath the surface, and England have a few concerns. Chris Jordan, their T20I ever-present and bowling as well as he ever has, will miss the Pakistan tour. Woakes and Wood are still yet to fully recover from their respective injuries. “Back in with fingers crossed,” was Key’s assessment, with neither set to feature in Pakistan until the latter parts of the series. In a worst-case scenario, England’s pace attack for the World Cup could have a green tinge to it.

It’s an unwritten rule of England’s white-ball revolution that if you’re picking a World Cup squad, Liam Dawson has to be somewhere in the mix. He is yet to play a World Cup game, but if he did have to, in a pinch, England are convinced he could dart down his quota of overs without disgrace, and extend the batting order adequately. God yeah.

Dawson is a capable cricketer, and has justified his £125,000 price tag in The Hundred with the ball. But his selection still says plenty about England’s lack of depth when it comes to white-ball spin. Adil Rashid is the only specialist spinner in the expanded 19-man squad to tour Pakistan. Matt Parkinson has been on the fringes for years, but England look to have lost faith in him. And beyond him, who is there? Rehan Ahmed is exciting but raw, still only 18 years old. His time may well come sooner than you might expect. A World Cup in Australia should at least allow England to cover for the weakness.

Alex Hales’ exile both is and isn’t over

It’s been three and a half years since Alex Hales last played for England. Eoin Morgan is no longer captain. Hales has, in the meantime, refined his game and plundered bowling attacks the world over. Rob Key confirmed that “Alex Hales was mentioned a lot” in selection discussions, and that he has “served his time”. But he is still unable to find a place in the squad, with Bairstow preferred to open with Jos Buttler, and England’s squad to tour Pakistan highlighting the batting strength coming through. Jordan Cox, Will Jacks and Harry Brook are all aged 23 or under and have suggested they could be the players to continue England’s white-ball dominance into the next decade, rather than just serving as a stop-gap for a year or two. Hales might be back in the conversation, but for now, that’s all it is.