Who Are The Five Uncapped Players In England’s T20I Squad To Tour Pakistan? 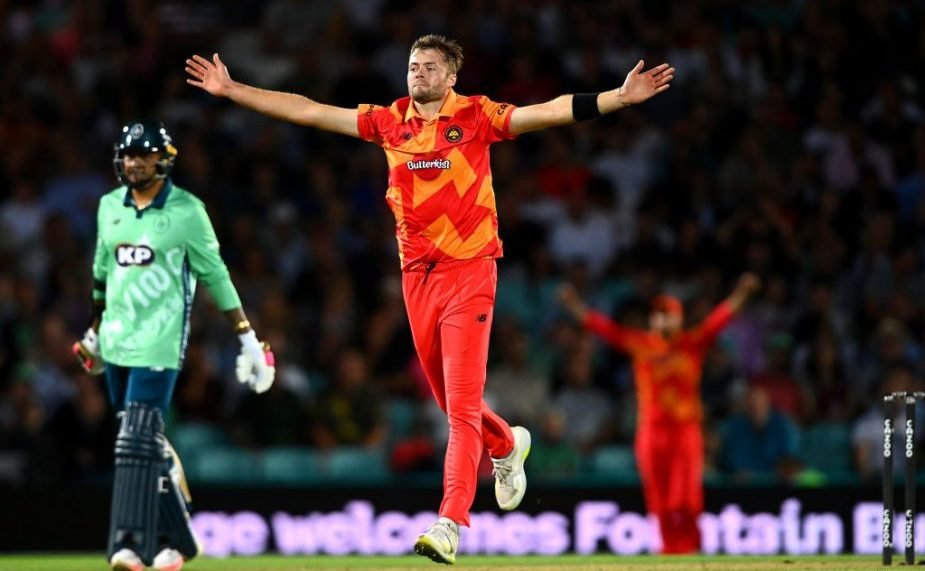 There are five players in England’s squad for the tour of Pakistan who are uncapped in T20I cricket.

While none of those players have been included in the squad for the upcoming World Cup, injuries elsewhere could see them parachuted in for the big tournament.

“We get a chance in Pakistan to have a look at some of the next generation, the next cabs off the rank in some regard,” said Rob Key, England’s managing director of men’s cricket, upon the dual squad announcement. “Which then, you never know, they might find themselves going out to the World Cup because you can obviously replace any of these guys who don’t make it from an injury point of view.”

Here’s the lowdown on the players who could make their T20I debuts against Pakistan:

Jacks, 23, has had a terrific summer across formats for Surrey and Oval Invincibles. Eleven County Championship appearances have resulted in 648 runs at an average of 54, with a booming strike rate of 77.23. Jacks entered this summer well established as a hot property in T20 cricket – he was the PCA’s Blast MVP in 2020 – and has continued to thrive as a hard-hitting opener; last month he became just the second player to hit a century in The Hundred. His off-breaks are useful too, highlighted by a strong career record.

Cox, 21, is the youngest player in England’s squad to tour Pakistan. The right-hander, part of England’s Under-19 World Cup squad in 2020, delivered a Player-of-the-Match performance in last year’s Blast final, helping Kent to victory over Somerset with a 28-ball 58* at No.6. He can keep wicket and, like Jacks, has had a fine red-ball season; only five players have hit more runs in Division One than Cox.

Helm takes his place on the back of an excellent Hundred campaign. The right-arm quick was Birmingham Phoenix’s leading wicket-taker, taking 14 wickets at a lowly average of 14.07. The 28-year-old has long been regarded as an England prospect and was called up for the ODIs against Pakistan last year after a Covid-19 outbreak ruled out the entire first-choice squad.

Wood earned his maiden international call-up earlier this summer when he was named in the ODI squad for England’s tour of the Netherlands. The left-arm fast bowler, who is capable of breaching the 90mph barrier, didn’t get a game but has had a solid white-ball summer; his nine wickets at 24.33 helped Trent Rockets qualify directly for the final of the men’s Hundred.

Stone is the only player among the five to have already played for England. One of the fastest bowlers in the country, the 28-year-old has been plagued with injuries throughout his career and missed out on last winter’s Ashes tour after suffering a back stress fracture in the summer. He featured regularly in this year’s Blast for Warwickshire but a finger injury ruled him out of The Hundred.