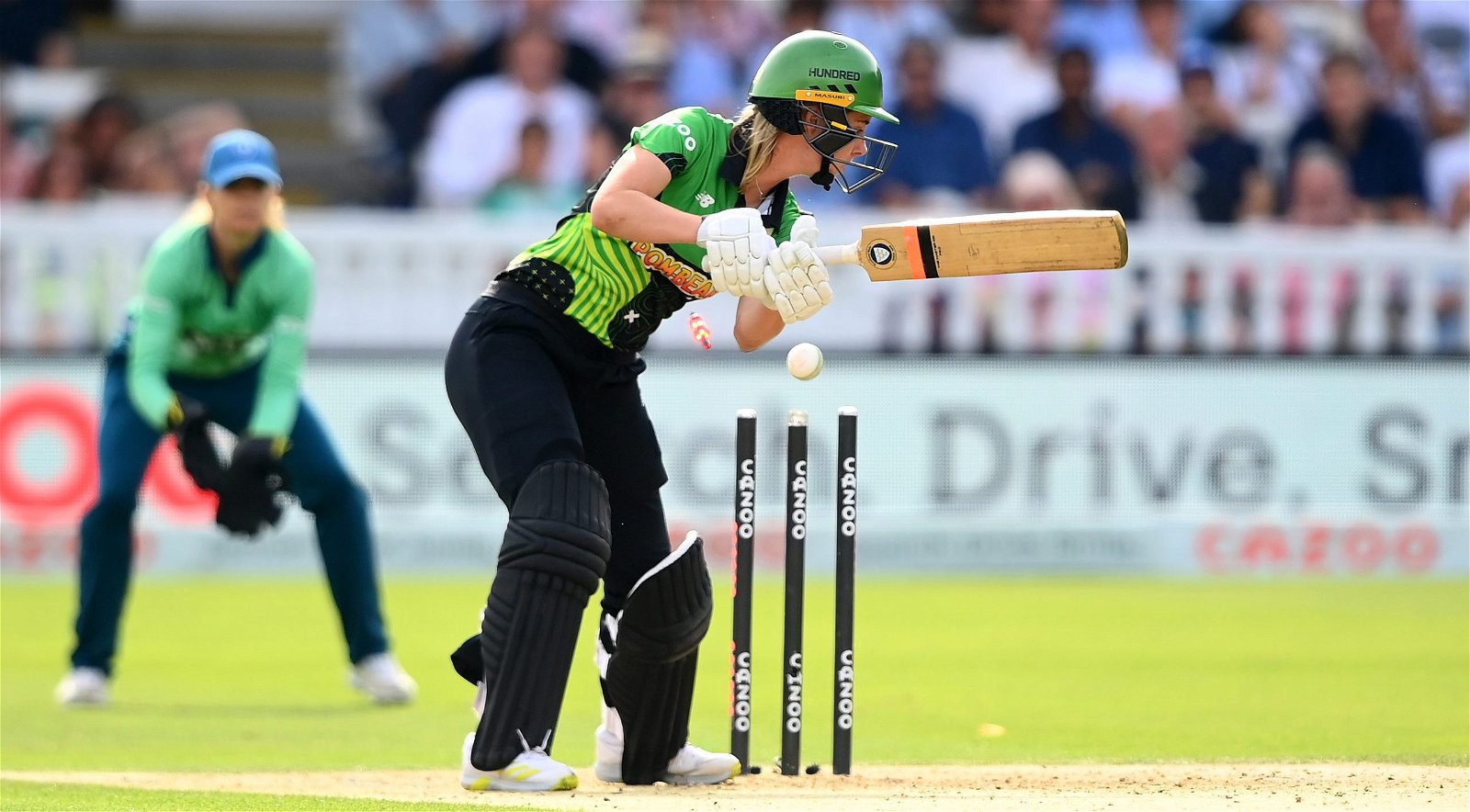 The Lord’s pitch used for the finals of The Hundred has been criticised for its slow nature, making fast scoring difficult throughout the day.

The final of the women’s competition, won by Oval Invincibles for the second year in succession, saw both sides score at only marginally above a run a ball. Southern Brave managed 101-7 in their 100 balls, with Oval Invincibles chasing down the target with five wickets and six balls in hand.

Only one batter – Oval Invincibles’ Alice Capsey – scored at a strike-rate of above 120, despite several batters getting set. All of Manchester Originals’ top four made it to double figures, as did four of the Oval Invincibles line-up.

The men’s competition was another relative low-scorer, with Manchester Originals making 120-9 in their 100 balls, the third lowest first-innings score of the competition. Again, with one exception, all batters struggled for timing, with only Ashton Turner, of those to face more than two balls, scoring at a strike-rate in excess of 120. The same surface was used for both games.

According to CricViz’s PitchViz measure, the surface was the toughest for scoring in the competition, with the pitch criticised on social media.

According to PitchViz, the Par Score in that innings – given conditions – was 126. That’s the lowest PitchViz Par of the tournament. #TheHundred

Before the finals, CricViz analyst Kieran Parmley raised concerns over the choice of venue for the showpiece clashes, with Lord’s the lowest-scoring ground across both competitions.

Hope to be proven wrong but still not sure Lord’s is the best place to host the Hundred Final considering it’s the lowest scoring ground across both the Men’s & Women’s Hundred.

Sky commentator Nasser Hussain described the surface as “not a great pitch” after Wayne Madsen played and missed at a Luke Wood delivery, with the Manchester Originals batter gesturing that he felt the ball had misbehaved.

“Just keep an eye on this surface,” he said. “You can see from Madsen, he’s not overly convinced with it. It wasn’t a great pitch in the women’s game. You may have to just reduce your score when batting first. It really is two-paced, this pitch. I think both finals deserved a better surface.”

The quality of wickets at Lord’s has been a recurring topic of discussion in recent years, with the pitches used for the 2019 Cricket World Cup final and that year’s Test against Ireland both criticised. In the latter game, England were bowled out for 85 on the first morning, with Ireland skittled for 38 on day three.

“I don’t like saying this but the wicket was substandard for a Test match,” Joe Root, England’s Test captain at the time, said. “It wasn’t even close to being a fair contest between bat and ball throughout the whole game. When you are getting scores like that, that tells a story in itself.”