‘One Of The Biggest Upsets In History’ 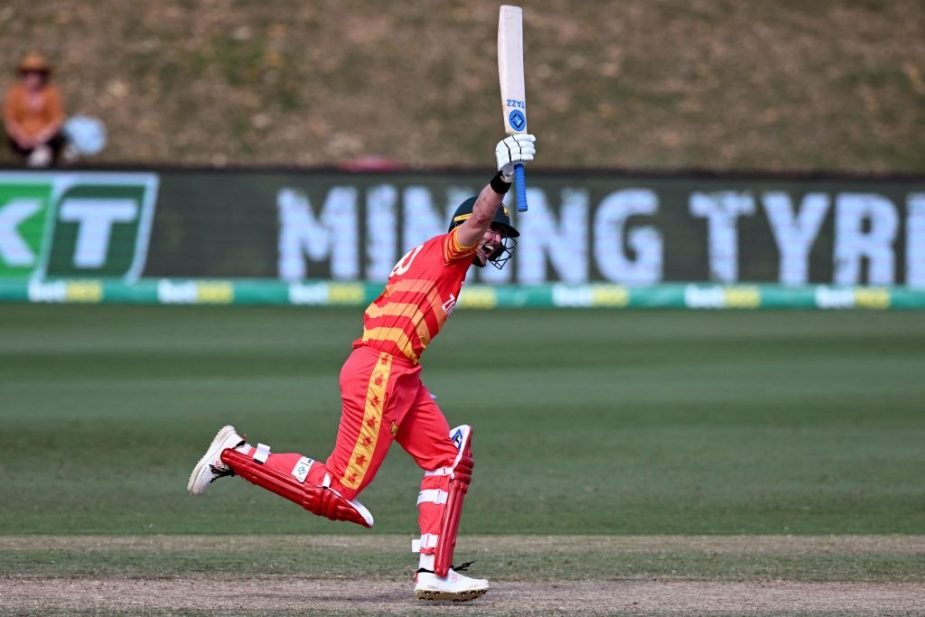 Zimbabwe celebrated a landmark three-wicket victory on Saturday, beating Australia for the first time in Australia in any format.

In the third and final ODI of the series, Ryan Burl took 5-10 at Townsville to help the visitors bowl Australia out for 141. For Australia David Warner top-scored with 94 off 96 balls, with Glenn Maxwell the only other player to reach double figures in their innings. In response, Zimbabwe captain Regis Chakabva hit an unbeaten 37 to guide his side to victory with 11 overs to spare.

Both Burl’s and Warner’s performances were statistically significant. Burl took just three overs to take his five-for, the fewest of any bowler to claim an ODI five-for. Warner contributed exactly two-thirds of Australia’s runs, the highest percentage of a team total contributed by a single batter in an all out men’s ODI innings.

While Australia had already wrapped up a series win, Zimbabwe still had the opportunity to make history in the series finale. Playing their first bilateral series against Australia since 2004, Zimbabwe’s victory was their fourth in 39 men’s internationals between the two sides.

Burl caught attention with a tweet last May when he pleaded for sponsorship so he and his teammates didn’t have to keep repairing their cricket shoes after each series. Puma came to Burl’s aid and, just over a year later, Burl revelled in a Player-of-the-Match performance against Australia, a rise pointed out by some on social media.

Former India batter Virender Sehwag called Zimbabwe’s victory “one of the biggest upsets in the history of ODI cricket”. The win came after Zimbabwe had lost the previous ODI by eight wickets, with Australia chasing down 97 inside 15 overs.

Wow! Feels good when an underdog does well.
Zimbabwe beating a full strength Australian side in Australia. Not that anywhere else would have been lesser, but at home beating Australia has to be
One of the biggest upsets in history of ODI cricket. Well done Zimbabwe. #AusVsZim pic.twitter.com/PeYDBUpi65

Great stuff, Zimbabwe. Massive effort after how the previous game played out. #AUSvZIM

Others highlighted the fact that it is not known when Zimbabwe will next play Australia.

Superb win for Zimbabwe. They deserve to play Tests in Australia. A reminder that they aren’t scheduled to play against Aus/Ind/Eng in the 2023-27 FTP #AUSvZIM

Zimbabwe isn’t scheduled to play men’s cricket against Australia, India or England in any format over the next four years.#AUSvZIM

For Zimbabwe’s players, however, this was a day to remember.

#3rdODI | Just in case you were wondering how we’re feeling after our historic victory over Australia in Townsville! 🇿🇼#AUSvZIM | #VisitZimbabwe pic.twitter.com/qwMQIBRDsK

Quiz! Name All Of England's Men's Test Captains Since 1980