Watch: To Err Is Human To S- Is Dravid 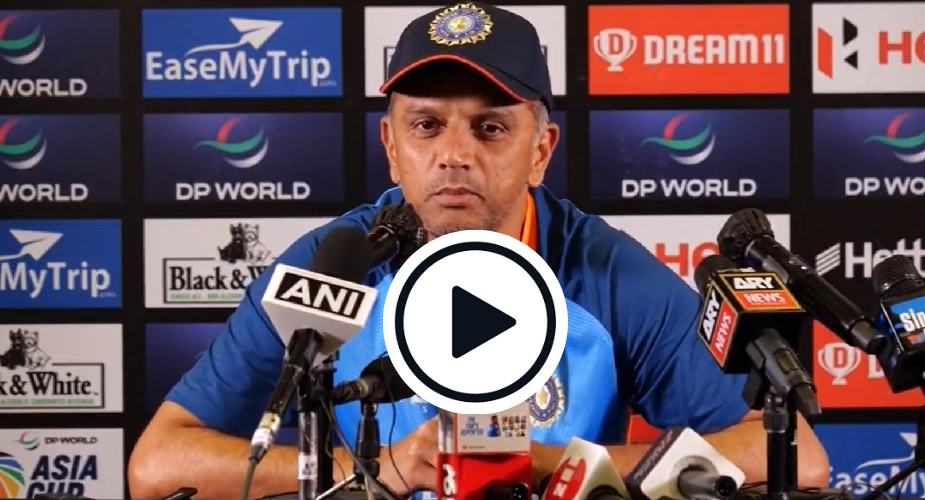 At the press conference, Rahul Dravid had a rare pause while comparing the Indian and Pakistani bowling attacks.

India had restricted Pakistan to 147 in a group stage match of the 2022 Asia Cup, but Pakistan hit back, and India scraped through with only two balls to spare. The two teams are scheduled to meet again in the Super Fours, on September 4. Ahead of the clash, the media asked Indian coach Rahul Dravid about the bowling attacks of the two teams.

While admitting to the fact that Pakistan were a “very good” bowling side, Dravid pointed out that India had kept the Pakistani score to 147 as well. He added that more than the bowling speed, it is the bowling analysis of a bowler that matters. “I am confident that we have a very good bowling attack as well, that produces results,” he added.

Dravid continued that the Indian attack “might not be as…” before a rare pause. He admitted to the fact that he could not use the word that crossed his mind in the press conference. When someone prompted “exuberant”, Dravid dropped two hints that would not have been out of place in a Crossword puzzle: “four letters, starts with S.”

What’s the 4⃣-letter word that #TeamIndia coach Rahul Dravid is referring to?