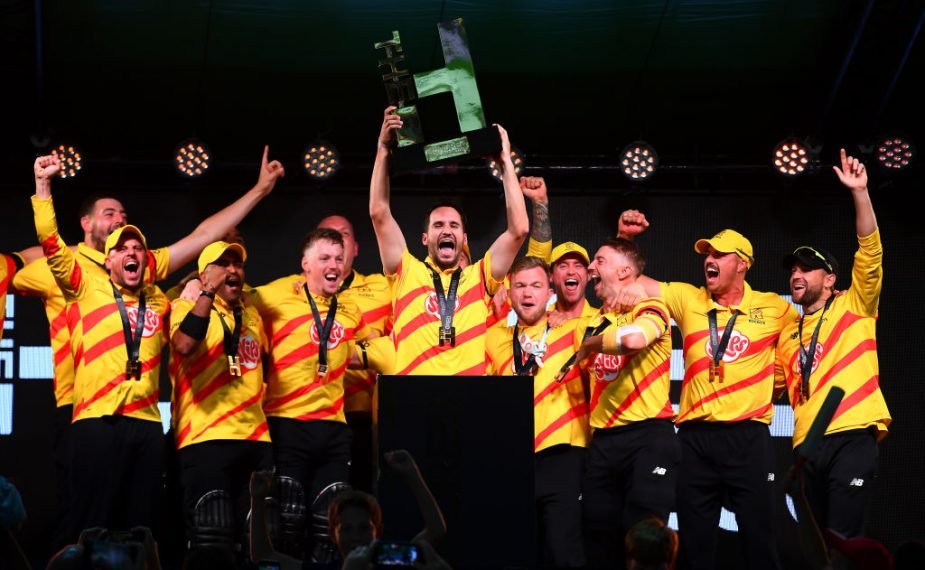 Trent Rockets triumphed in dramatic style in the final of the 2022 men’s Hundred, beating Manchester Originals by two wickets with just two balls to spare. Here’s our team of the tournament:

Tied with Dawid Malan for most sixes in the tournament (20), and he played one less match. The explosive left-hander struck a 17-ball half-century against Oval Invincibles and his runs led to him being named the men’s tournament’s MVP.

Jacks became just the second man to hit a century in The Hundred when he smashed an unbeaten 108 against Southern Brave.

England’s No.3 will head to the tour of Pakistan in superb form after finishing as the leading run-scorer in the tournament. Nine innings resulted in four half-centuries and a high score of 98*.

Salt’s runs powered Manchester Originals to the final of the tournament. With an opening spot up for grabs at the T20 World Cup, he has done his cause to partner Jos Buttler no harm.

Munro’s versatility was what made him such a valued performer for the eventual champions: he hit match-winning knocks from Nos. 3, 4 and 5.

Gregory made up for a quiet time with the ball by delivering as a finisher for his side, most significantly in the final; with 11 needed off the five balls of the tournament, Gregory smashed the required runs off three consecutive Richard Gleeson deliveries to take his side to the title.

Second on both the run-scoring and wicket-taking lists for Oval Invincibles. Was particularly brilliant in his side’s win over Northern Superchargers, hitting a match-winning 39-ball 60* in a chase of 158 after the Invincibles had been reduced to 21-3.

A revelation with the ball. Signed as a late replacement for the injured Jamie Overton, Walter’s left-arm medium pace saw him finish level with Tom Helm and Jordan Thompson as the leading wicket-takers in the tournament.

Left the tournament early to play in the CPL but was arguably the best spinner on show, finishing with the lowest economy rate among those to have taken more than two wickets.

Player of the Match in the final with a four-wicket haul that limited the Originals to just 120-9.

A stunning late entrant. Little replaced Sean Abbott in the Originals Squad midway through the tournament and nearly finished as the leading wicket-taker of the whole thing.