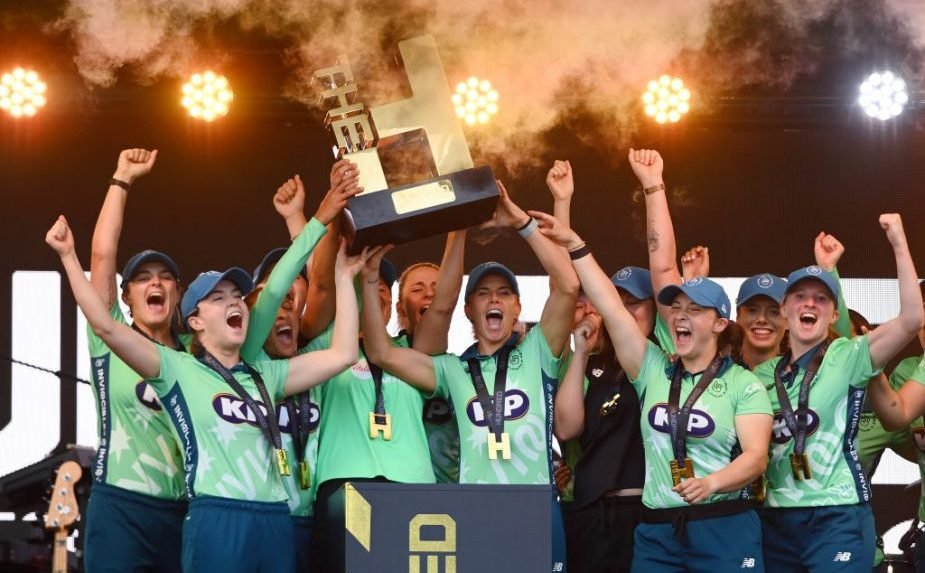 Oval Invincibles triumphed in the final of the women’s Hundred for the second year running, beating Southern Brave by five wickets.

We’ve picked out our very own team of the tournament and, predictably, players from the Invincibles dominate the makeup of the side.

The legendary New Zealand batter took on the captaincy while Dane van Niekerk sat on the bench and formed a fine opening partnership with Winfield-Hill – together the pair put on three stands worth more than 50.

Got the Invincibles up and running with an unbeaten 74 off 42 balls on the opening night of the women’s tournament in a thumping nine-wicket win over Northern Superchargers.

Sciver came remarkably close to pulling off a sensational victory in the Eliminator, hitting three consecutive sixes off Tahlia McGrath in the final over before a single off the last ball saw her side succumb to a two-run loss.

Wolvaardt showed remarkable consistency across the tournament; the lowest score she was dismissed for was 32. Her starring display was an unbeaten 90 off just 49 balls in Northern Superchargers’ victory over Manchester Originals.

Dottin featured in just four matches before heading off to the Caribbean to play in The 6ixty, but made her mark in a brief stay. She showcased her all-round abilities in an 11-run win over Welsh Fire, smashing 67* off 37 balls before taking 2-21.

Player of the Match in the first Hundred final and again in the second. Kapp played just four matches in the tournament but was once again one of its stars, taking 1-19 and hitting a match-winning 37* in the final against Southern Brave.

An excellent all-round tournament for the 18-year-old, who played a match-winning role in the final. Her 2-17 was followed by an aggressive innings of 17-ball 25 that got the Invincibles moving quickly in a nervy chase.

The leading wicket-taker in the tournament, and by some distance. Wellington took four three-wicket hauls in the tournament, with one of those coming in a brilliant all-round display against Northern Superchargers; figures of 3-17 were followed by a 10-ball 25. Was excellent in the final, too, but the Invincibles triumphed once again.

Arlott was both miserly and among the wickets, those two qualities captured halfway through her performance in Phoenix’s must-win match against London Spirit at Lord’s; after 10 balls, Arlott had figures of 2-10. Her side couldn’t get over the finish line, but it capped an excellent individual season for the right-arm quick.

The Australia leg-spinner took a hat-trick on her Hundred debut, finishing with figures of 4-15 against Manchester Originals. After that display the wickets dried up somewhat, but King remained miserly, recording figures 0-8 from 20 balls against the Invincibles. She finished with the best economy rate in the tournament.

Bell, alongside Wellington, helped drive Southern Brave to the final, her most masterful display a haul of 4-10 against Trent Rockets.