Kohli On Quitting Test Captaincy: ‘I Got A Text Message From Only One Person… MS Dhoni’ 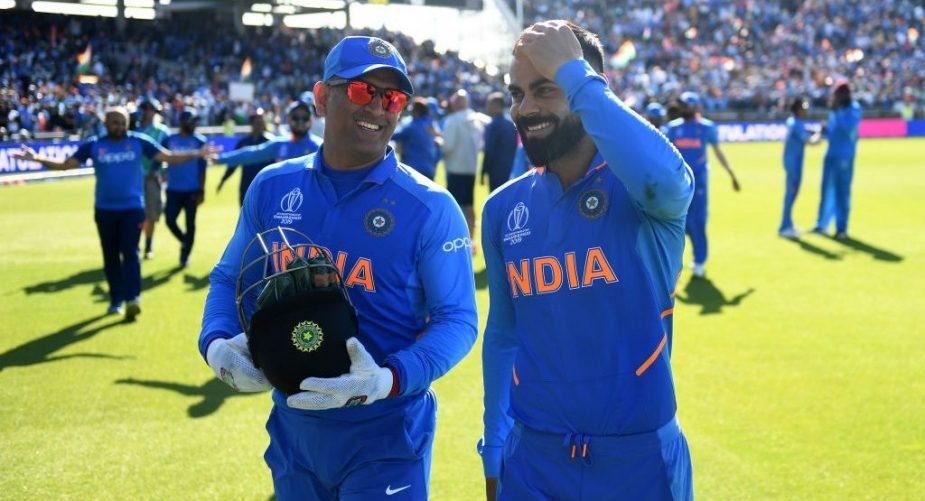 Virat Kohli got a fifty in the Super Four match of the 2022 Asia Cup, but Pakistan eventually won the match with a ball to spare. At the post-match press conference, Kohli spoke candidly about, among other things, taking time off cricket and a text message from MS Dhoni.

Ahead of the tournament, Kohli – out of form for some time – had taken time off cricket. In the tournament, he has scored 154 runs at a strike rate of 126, and every innings of his has been better than the previous outing. Kohli was candid as he spoke on the subject: “If someone is feeling negative or low, taking a break isn’t a bad thing.”

Kohli, the most successful Indian captain in Test cricket, resigned from the role earlier this year. Before that, he had quit captaincy from Twenty20 cricket – both for India and Royal Challengers Bangalore – and had been unceremoniously replaced as captain. He informed that at that point, he “got a message from only one person, with whom I have played previously – that was MS Dhoni. A lot of people have my phone number – a lot of people give suggestions on television, they have plenty to say. But whoever else has my number – I didn’t get a message from them.”

“The respect and connection that you have with someone – if it’s genuine, it shows like this, because there is security on both sides.

Kohli had played the first part of his international career almost entirely under Dhoni. Over time, he was appointed vice-captain to Dhoni, and later replaced him as national captain. While speaking on Dhoni, he added: Neither does he want anything from me, nor me from him. He was never insecure of me, I was never of him. If I have to say anything about anyone, I reach out to them individually – to help them. If you’re giving those suggestions in front of the whole world, they don’t have any value to me. If it’s of my use or for my improvement, the conversation can be one-on-one, and to genuinely want me to do well.”

#WATCH | When I left Test captaincy, only MS Dhoni messaged me. A lot of people have my number, but no one messaged me. The respect and connection with him (MS Dhoni) is genuine… neither he is insecure about me, nor I am insecure about him…: Virat Kohli, Indian cricketer pic.twitter.com/kSTqAdfzs5