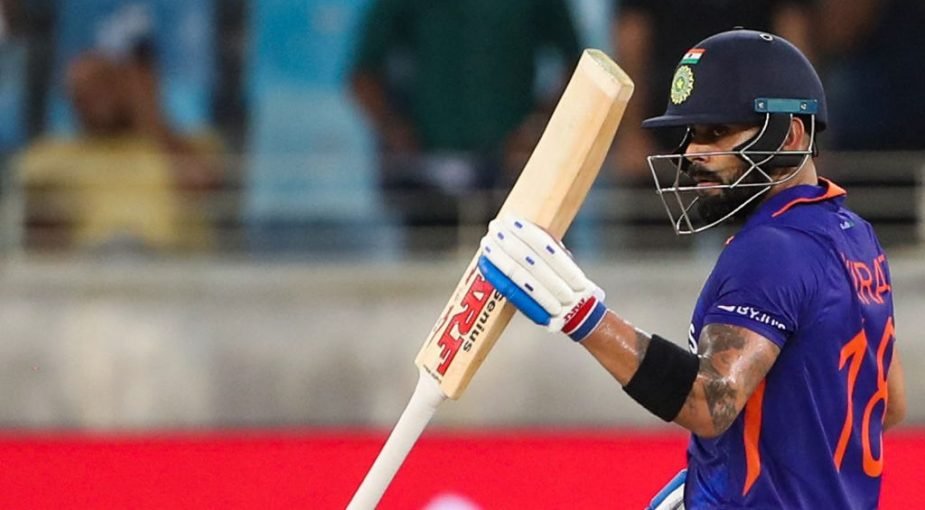 Virat Kohli emphatically brought an end to a near-three-year century drought with a stunning hundred against Afghanistan in the Asia Cup, his first ton in T20Is.

The 122*, studded with six sixes and 12 fours, took India to 212-2 in 20 overs. It was his 71st century in all internationals, drawing him level with Ricky Ponting, with only Sachin Tendulkar scoring more tons (100).

It is the highest score by an India batter in men’s T20Is, going past Rohit Sharma’s record of 118 from 2017. On a personal note, it was Kohli’s first international century in 1,020 days, bringing an end to a period of lull that made several wonder whether he would ever return to his best days.

In the absence of Rohit, who sat out of the game, Kohli was bumped to the opener’s spot, pairing up with KL Rahul. The two combined for a 119-run opening stand, after which Kohli combined with Rishabh Pant to take India past 200. In the last five overs, Kohli hit 63 runs off 21 balls.

After the innings, Kohli said: “The last two and a half years have taught me a lot. I am going to turn 34 in a month. So those angry celebrations are a thing of the past. Actually, I was shocked. This is the last format I thought [I would score a century in]. It was an accumulation of a lot of things. The team has been open and helpful. I know there was a lot of stuff going outside. And I kissed my ring. You see me standing here because one person has put things in perspective for me. That’s Anushka. This hundred is for her and for our little daughter Vamika as well.”

As expected, social media blew up with reactions to his knock, which truly signalled the return of form for one of the greatest batters of his era.

Maiden T20 century , so happy for you @imVkohli You totally deserved it Immense respect for such a brilliant innings #INDvAFG pic.twitter.com/H1EVC1N86A

I’d say the gorilla is off the back. What a knock and what an apt celebration after he broke the drought!! Well done @imVkohli. Amazing stuff

It’s been a while, but happy to see Virat Kohli back in international century scoring mode. First T20i hundred, and hopefully a precursor to bigger tasks ahead.

Form is temporary…Class is permanent. Always love watching @imVkohli playing..what a brilliant you are a real king

The king is back ! This shows his class , determination & resilience. What an incredible innings by @imVkohli – many many congrats to him ! you always have been and always will be inspirational! #INDvsAFG #AsiaCup2022