Is Time Running Out For Aaron Finch? 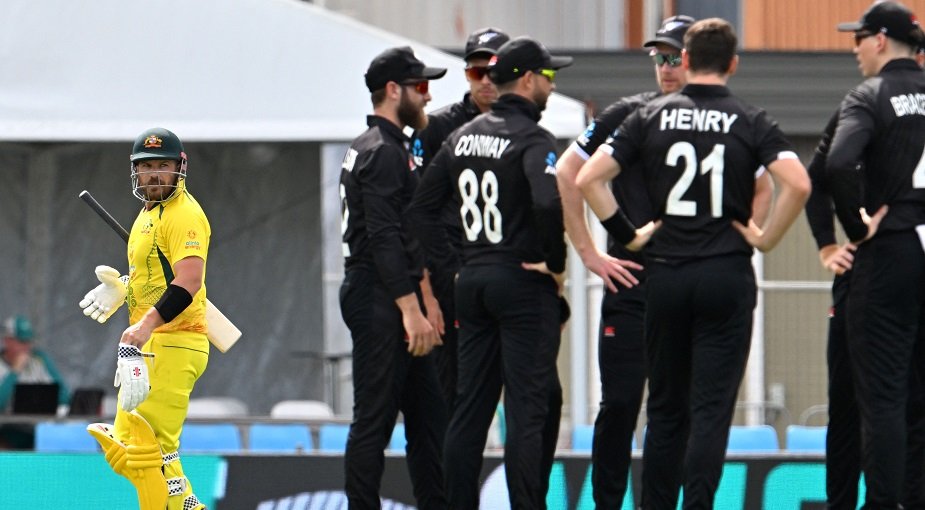 Trent Boult bowled the first over of the second ODI to David Warner. The eventless maiden over – a contest between two contemporary giants – was met with muffled applause, for it was little but a build-up towards the answer towards a question that has haunted Australian cricket fans for some time: how will Aaron Finch fare?

Matt Henry’s first ball was innocuous, slightly short. Finch defended it well. Off the next, he tried to clear mid-off – and failed. A two-ball duck ended in what most onlookers would have classified as a shot played out of desperation.

This was Finch’s fifth ODI duck in 2022 – in 13 innings. He has failed to cross five in three other innings. Only twice – in the space of five days in Sri Lanka – has he scored in excess of 25. His record since the start of 2021 (a year when Australia played only three ODIs, all of them without Finch) reads 169 runs at an average of 13.

This is significantly the worst among all openers who have played as many innings. Martin Guptill, the second-last name on the list from Full Member countries, averages 33.53. The gap is alarming.

After the global lockdown, Finch had a better return to ODIs than most contemporaries. If his 16, 73, 12 in England was a middling series, his 114, 60, 75 against India at home were certainly more than impressive.

However, as the World Test Championship, T20 World Cup, and franchise-based Twenty20 leagues occupied major chunks of the cricket calendar, ODIs – particularly featuring Full Members – got squeezed into a corner.

The 15-month gap between two ODIs did Finch little good. In between, he struggled in T20Is as well, but leading a team to their maiden title in a global tournament (not to speak of a career strike rate well in excess of 140) brings immunity to anyone, even if in a different format.

Of course, ODIs are not of immediate concern at this point for Finch. He has over 5,000 runs in the format, and will have an entire summer to sort out his problems. The immediate concern is Twenty20 cricket, with a World Cup at home looming around the corner.

Since the start of 2021, Finch has scored 706 T20I runs (twice batting at No.3) in 26 innings at an average of 29.41. More than the runs, his strike rate of 124 has been a matter of concern. But his last four outings – in Pakistan and Sri Lanka – have fetched 169 runs at 143, indications of him being back on track. He will have T20Is against England, West Indies, and India to bolster his form further.

Once that finishes, however, there will be ODIs, against England and South Africa at home – and more, as Australia will gear up for the 2023 World Cup in India. Unless he finds form, Finch may run out of time.

The Australian selectors “will need to make a call about whether Finch can get all the way to that tournament before the ODI series against England in late November,” wrote Daniel Brettig in The Sydney Morning Herald. For all it is worth, they may have already have taken that call, irrespective of what Finch does in the third ODI.

Perhaps like Eoin Morgan earlier this year, Finch will take a call on his career himself. The parallels are easy to spot. Both used to be excellent ODI cricketers and revered leaders who lost form. Morgan, as Andrew McGlashan wrote in ESPNcricinfo, “woke a couple of days before England’s final game in that series and knew his race was run.”

Whether Finch will go the Morgan way or stay on is to be seen. Of course, he has a long string of T20Is, but however well he does, will that be enough to earn him a run in the longer format?

'Be Honoured To Play In Her Memory': Cricket World Mourns Death Of Queen Elizabeth II