Marks Out Of 10: Player Ratings For India After The Asia Cup 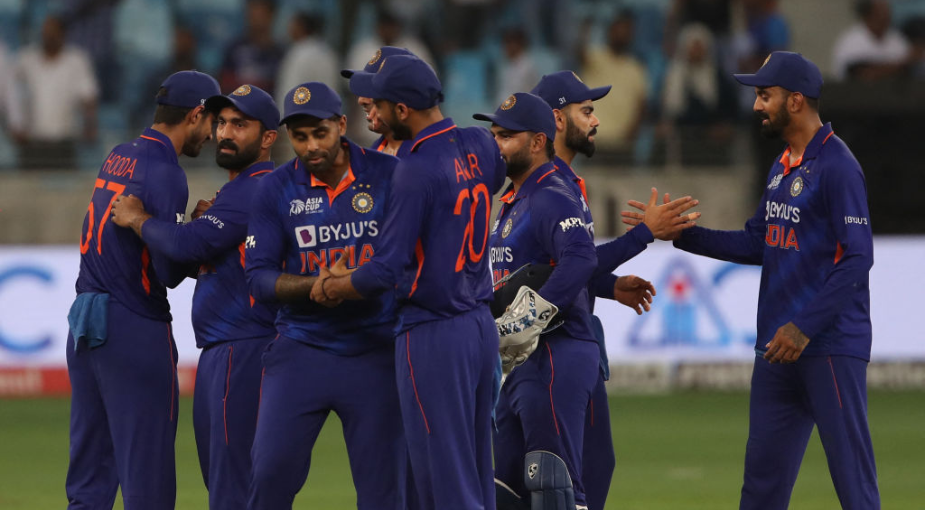 India were knocked out in the Super Fours of the 2022 Asia Cup, and we take a look at how the players fared in the tournament. A total of 17 players were tried out in five games, but only five cricketers took part in all of them. Here are the player ratings.

*Dinesh Karthik played three games, and just faced one ball, scoring 1*, and so has not been considered for the ratings – despite bowling an over.

Though the vice-captain was among the runs, he lacked rhythm and struggled for momentum throughout the tournament. Barring the unbeaten 62 against Afghanistan, which he struck of 151, Rahul’s strike rate was a bone of contention again, particularly during his 39-ball 36 against Hong Kong. He also started the tournament with a first-ball duck against Pakistan.

Rohit had the second-best strike rate among Indians with at least 100 runs in the tournament, but his captaincy sees him lose points. There were questionable selections, the handling of Deepak Hooda was far from perfect, and some bowling changes – not using Arshdeep Singh in the 19th over against Sri Lanka, for example – were puzzling. However, he was fluent with the bat, his 41-ball 72 against Sri Lanka helping India post 173-8 when no other batter made more than 35.

Kohli looked like getting back to his best in the first few games of the Asia Cup, batting confidently, with minimal risk. He was cautious against the spinners, took on the pacers, and the long wait for a hundred finally ended when he got the long-awaited No.71 against Afghanistan. Three of his five innings were scores of 50 or more.

Suryakumar announced himself as a superstar of Indian cricket with a 26-ball 68 on a tricky surface against Hong Kong, but that was largely all he could do in the tournament. He batted at a run a ball in the opener against Pakistan, while his other knocks were 13 in 10 balls, 34 in 29, and a six-and-out.

Pant has not been able to live up to expectations in the shortest format, and the Asia Cup only strengthened the point. He was dropped from the first game against Pakistan but made a comeback following Ravindra Jadeja’s injury. He struggled against left-arm spin, and was unable to impress in any game, with a high score of 20 not out despite batting through the middle overs on most occasions.

Another player who blew hot and cold. Hardik had a dream game against Pakistan in the opener, picking up three wickets in four overs and scoring a 17-ball unbeaten 33 to take India over the line in a close game. However, his performances with the bat dropped thereafter, while he also proved to be expensive with the ball.

To be fair to Hooda, he batted at No.7 in both games, a position that is not best suited to him. There were moments of brilliance in his short outings, including a falling ramp shot against Pakistan in the Super Four, but the job expected from him proved to be too much in the end.

Jadeja batted at No.4 against Pakistan in the first game and managed to score a crucial 35 in 29 balls – despite not being at his fluent best – as India registered a win. A subsequent injury ruled him out of the tournament.

A mixed tournament for India’s premier pace bowler. Though the only cricketer from the side to take more than five wickets, Bhuvneshwar was also expensive at the death, especially against Pakistan and Sri Lanka. Bowling the crucial 19th over on both occasions, he gave away 19 and 14 in India’s defeats. Though he ended with 5-4 against Afghanistan, his overall death bowling skills were questioned.

Ashwin was overall expensive, even conceding 6.80 runs against Afghanistan, the most by any Indian spinner. He also gave away 32 against Sri Lanka, in what was an ordinary Asia Cup.

Bishnoi played once, against Pakistan in the Super Four, where he ended as the best Indian bowler. He troubled the batters with his googlies and stalled the run flow in the middle overs to end as the most economical bowler from the side. However, he was dropped in the next game and did not play again.

The above figures do not do justice to how good Arshdeep was through the tournament. Though he did err with length and leaked runs on occasion, his death bowling was impressive. Twice he almost took India home, with only seven and eight to defend in the final over. He showed enough skills to be a future death-over specialist for the side.

Avesh has not been able to live up to the backing that he has received, and it was no different in the recent tournament, where he was unable to control his line and gave away 72 runs in six overs in two games.

Chahal did not bowl to his field and overall looked toothless in a competition that aided the slower bowlers. He was impressive against Sri Lanka, taking 3-34, but looked clueless when he started leaking runs in other games.

Chahar was included in the side after Avesh was ruled out due to illness. He played against Afghanistan, but was unable to extract swing with the new ball, and went wicketless.

Axar kept floating the ball up and sent down fuller deliveries against Afghanistan and did not look lethal in his sole outing.