The World ODI XI According To The ICC Rankings, At The End Of The 1999 World Cup 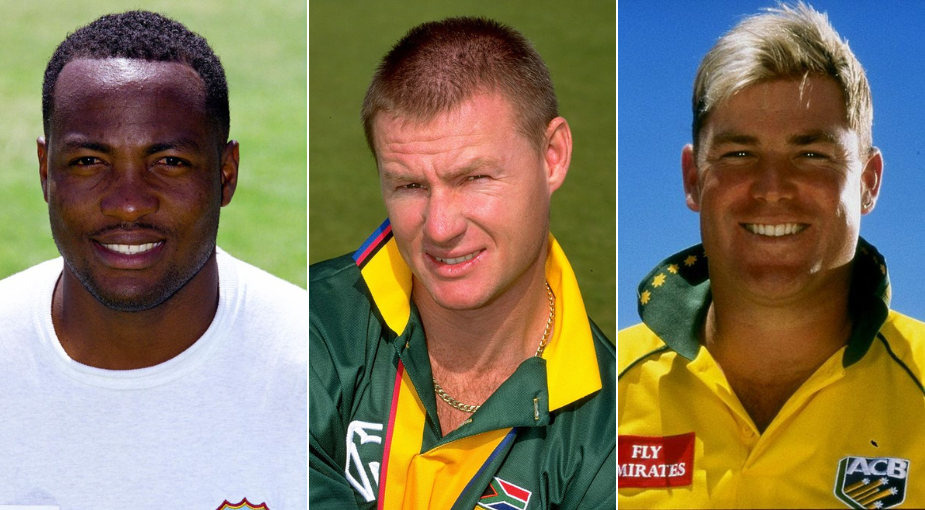 Presenting an ODI XI featuring the top performers in the world, right at the end of the 1999 World Cup.

The seventh edition of the 50-over World Cup was, in many ways, the beginning of Australia’s domination as an all-beating ODI side. Plenty of future superstars announced their arrival, while a few others established their worth as top performers of the one-day format. The tournament ended on June 20, 1999, with the Steve Waugh-led side winning Australia’s second title.

We pick an ODI XI from that time, choosing the top four batters, top two all-rounders, top wicketkeeper and the top four bowlers according to the ICC ranking, making sure to have at least two spinners in the XI.

Some of the finest ODI players of all time make this XI:

One-half of the batting duopoly that played out through the 1990s, Tendulkar is one of the easiest picks here. No batter scored more ODI runs in the Nineties, none came close to matching his century streak. Tendulkar’s run-making continued into the new millennium: in the next World Cup (2003), he aggregated the highest run-tally for a single edition (673), a record that remains unchallenged.

Australia’s new-age hero who batted like there was no tomorrow, Gilchrist was the undisputed top wicketkeeper-batter of that time. In 1998 and 1999, he hit a combined 2,072 runs (more than 20 per cent of his career runs) with five centuries to boot. At the World Cup, only Moin Khan affected more dismissals. Nearly a decade later, he walked away with the most catches by anyone in ODI history.

Only Tendulkar and Mohammad Azharuddin scored more ODI runs in the Nineties than Mark Waugh. Now, while he had already moved to open the batting by then, putting behind his days in the middle order, the left-right combination at the top compels us to keep him a spot down. At the World Cup, he was the fourth-highest run-getter and scored 1,468 runs in 1999 alone, the most by him in any calendar year.

The Nineties were synonymous with the splendour of Lara, arguably the greatest left-handed batter to grace the game. He scored, by far, the most runs by a West Indies player in the Nineties, acting as a bridge between their glorious past and bumpy future. The year 1999 wasn’t the greatest – he averaged 24.26 – but carried enough good work from the previous years to still be in the top five.

Just three years into his ODI career, Kallis had already become one of the top-ranked all-rounders in the game. At the World Cup, he struck four fifties in South Africa’s run to the semi-final, on the back of a prolific year in 1998, when he hit three hundreds. His bowling only got better thereafter – in 1999, he took 29 wickets, and in 2000, scalped 46.

Bevan taught the world all about run-chases and calculated finishes, creating a legacy with his clinically risk-free approach at the death. At the end of the 1999 World Cup, he was the top-ranked batter, scoring a couple of key fifties in Australia’s march to the title. It was at the start of the year that he reached his career-best rating – only two other Australia batters (Greg Chappell & Dean Jones) ever managed a better career rating.

A discussion about 1999 – specifically the World Cup – can’t be complete without Klusener, the Player of the Tournament. Until their tied Birmingham classic, Klusener carried South Africa with both bat (average 140.50) and ball (17 wickets at 20.58). It’s no surprise he was the highest-ranked all-rounder at that time, and ranked second in the world with the bat, only behind Bevan.

The top-ranked bowler at that time, and for good reason, Pollock is the leader of this dream attack. Few bowlers have had control of seam and swing, fewer have taken wickets with Pollock’s consistency. And while he had a middling World Cup, he picked up a whopping 61 wickets in the year 2000, reaffirming his position as one of the greatest new-ball operators of his generation. As a side note, he was also the third-best all-rounder of that time.

No list belonging to the Nineties can be complete without Warne. His Player of the Match performance in the final took Australia to the crown, making him the joint-highest wicket-taker in the edition (20 wickets at 18.05). The year 1999 was exceptionally prolific – he snared 62 wickets (more than 20 per cent of his career scalps).

The fastest to reach 100, 200 and 250 ODI wickets, Saqlain had a thunderous start to his career. He broke into the top-10 in 1996, and continued to stay there for the next four years. He took two hat-tricks, including one in the 1999 World Cup that helped him become the third joint-highest wicket-taker in the tournament.

Only behind Warne in terms of wickets for Australia in the 1999 win (18 wickets at 20.38), McGrath’s World Cup reaffirmed his position as one of the finest seamers of that time. The year stood out in terms of numbers: 52 wickets at 18.90 were his best in a calendar year. He never exited the bowling top-1o thereafter, continuing to raise his level for the next seven years.