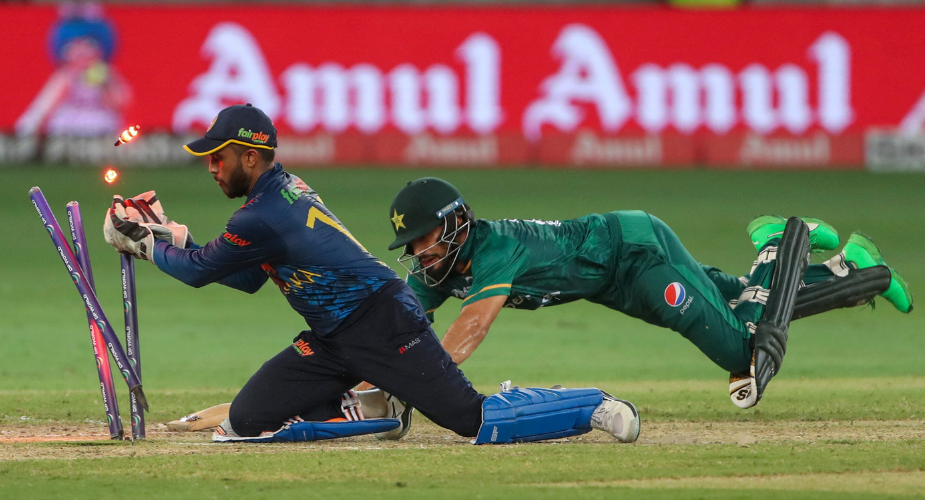 When the Asia Cup schedule came out, countless fans were salivating at the prospect of three India-Pakistan games, including the final. India have not made it that far but Sri Lanka have, and there’s little reason to complain, writes Shashwat Kumar.

Pakistan and Sri Lanka, rather unsurprisingly, cast themselves as two of the premier T20I outfits on the planet. The Men in Green reached the final of the inaugural edition of the T20 World Cup in 2007, before winning it a couple of years later. Sri Lanka, meanwhile, finished runners-up to Pakistan and the West Indies in 2009 and 2012, respectively. Their moment of glory, though, came in 2014 against India.

2014 was also the last time these two teams reached the summit clash of the Asia Cup. Eight years later, as both teams prepare to battle in that cauldron of pressure again, it might seem a lot has changed. The cast is obviously not the same and both sides have vastly different strengths. But the drama, the stakes and the raw excitement of someone unheralded taking your breath away, has not.

Prior to this edition of the Asia Cup, not many would have vouched for Sri Lanka reaching the final. They had lost their most recent T20I series to Australia and had been thumped by India earlier in the year. The Islanders also lost when they travelled to Australia in February. Sri Lanka were also finding it tough to put together consistent performances. One promising outing was followed by something drabber and players whose talent was beyond question were just not providing enough of a return.

At the Asia Cup, all of that has changed. Kusal Mendis, who has not fulfilled his potential completely, has found his calling at the top of the order. Pathum Nissanka has allayed fears over his strike rate, producing two top-notch knocks against India and Pakistan. Bhanuka Rajapaksa, post the retirement to-and-fro, has been superb in the middle order. Their skipper Dasun Shanaka has also finished off games like he was always meant to.

Their bowling unit has also risen to the occasion. Maheesh Theekshana and Wanindu Hasaranga have expectedly fared well. The biggest positive, though, has been the emergence of 21-year-old pacer Dilshan Madushanka. Capable of bowling briskly, he has also moved the ball both ways. If anything, this has been a happy throwback to the brighter times in Sri Lankan cricket, spearheaded by two mystery spinners, a left-arm pacer and seamers (like Asitha Fernando and Chamika Karunaratne) capable of picking wickets regularly.

Pakistan, meanwhile, were touted to reach the final. In Babar Azam and Mohammad Rizwan, they also had the two top-ranked T20I batters in the world. What has been impressive, though, is they have reached the final without any massive contributions from their skipper.

Naseem Shah, who was thrust into the deep end after the withdrawal of Shaheen Shah Afridi, has not missed a beat. He has even smashed sixes when Pakistan have required him to. Haris Rauf has bowled with a lot more control than usual, and the presence of Mohammad Hasnain and Shahnawaz Dahani has allowed them to attack with pace throughout.

With the bat, they have not hit their strides yet. Babar and Fakhar Zaman have also not scaled the heights they normally do. This time, however, they have offset it with flexibility and variety. Asif Ali was brilliant against India, as was Mohammad Nawaz. Shadab Khan was promoted against Afghanistan and hauled Pakistan to the brink of victory. Khushdil Shah and Iftikhar Ahmed have also done what has been asked of them.

From that perspective, this final will pit two very enterprising but equally contrasting teams against each other. Much of Sri Lanka’s success has revolved around their refreshing brand of cricket, where they have thrown caution to the wind from the outset. Pakistan have been a little more mellowed, preferring to break open the game with their searing pace rather than their belligerent batters.

For Sri Lanka, this game is also about getting back to the perch they once occupied. Things have not been very rosy since. A string of retirements and several transitionary phases has not helped their case either. But now, there is evidence to suggest it could change.

Pakistan, on the other hand, will look at this as an opportunity to reap a tangible reward for their T20I renaissance. At the 2021 T20 World Cup, they left everyone in their wake until they ran into Marcus Stoinis and Matthew Wade. Now, they can prove that that was an anomaly, while also firing a warning shot for the upcoming T20 World Cup.

This game, though, is not just about the Asia Cup prize lying in wait for the winner. It is about two economies struggling to stay relevant. Two nations fighting internal and political turmoil. Two countries trying to restore their glorious cricketing legacy. And a contest that was not really expected to happen in the final.

Yet, for about four hours on Sunday, doom and gloom might not even cross their mind. A game of cricket, which in the larger context might seem a trivial event, might just force people to ignore the rampant malaise in their respective sovereigns, reminisce how good things were and drool over how good they might become again.

That is the beauty of cricket and sport in general, and that is what makes this an apt ending. This Asia Cup has already seen six last-over finishes, a Virat Kohli hundred, a remarkable Pakistan heist at Sharjah and brazen, unfiltered displays of emotion. Another rendition on Sunday, especially with the hopes of a million people and eternal sporting glory hanging in the balance, might just affirm its status as the greatest Asia Cup ever.

On paper, an India-Pakistan clash might have garnered more eyeballs. But courtesy of everything Pakistan and Sri Lanka have been through, both on and off the field, not many are complaining about this finale. This is the final the people of Pakistan and Sri Lanka deserve. It is also a final two teams longing to reclaim their past glories deserve. And this is most definitely the final this Asia Cup deserves.