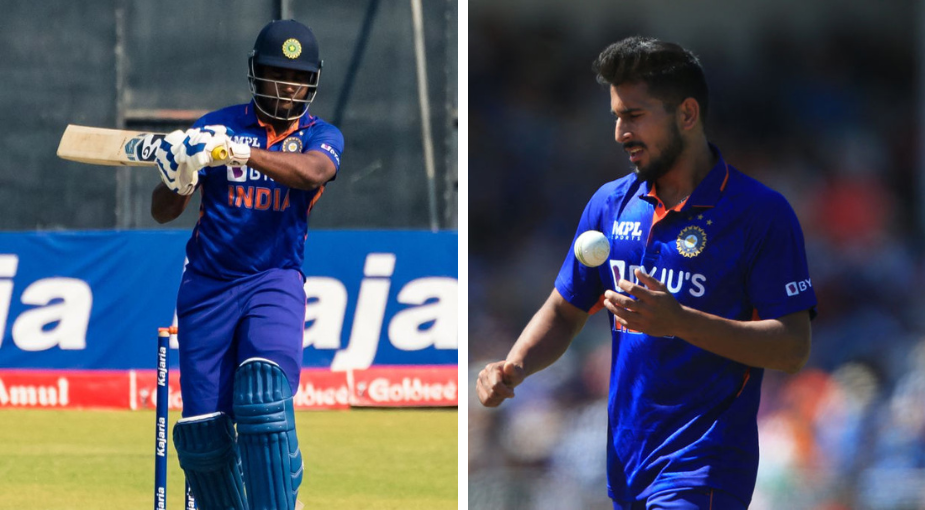 India named their 15-member squad for the T20 World Cup on Monday. Here are the players who were unlucky to miss out.

Samson’s name will keep popping up every time he is overlooked by India’s selectors in the T20I side. A clean hitter of the ball, Samson is comfortable against both spin and pace and could have been more than handy in the Australian conditions. He has played only 16 T20Is since making his debut in the format in 2015, striking at 135.15.

The Rajasthan Royals captain has often been criticised for his inconsistent batting, but his aggressive approach is something India’s middle order could have benefitted from. This year, he played six T20Is, scoring 179 runs at an average of 44.75 and a strike rate of over 158, playing in different conditions.

The youngster is named as a standby player and does not make the squad, which comes as much of a shock after his showing in the Asia Cup Super Four clash against Pakistan. The leg spinner was the most economical Indian bowler on the night in what was an otherwise tough outing for the side. He has troubled the best batters with his googlies, with his skills constantly being praised by Ian Bishop in the commentary box during the Indian Premier League.

The choice for the second spinner’s role was between R Ashwin and Bishnoi, considering both turn the ball in the same direction. The former’s experience may be what tilted the balance in his favour.

A skilled new bal- bowler, Chahar does not make the 15-member squad but is named in the list of standbys. With an economy rate of 7.61 in T20Is in the powerplay overs, Chahar is a threat upfront, getting the ball to swing even in unhelpful conditions. The fact that MS Dhoni, Chahar’s IPL team Chennai Super Kings’ captain, often bowls out Chahar on the trot, indicates how effective he is in that role.

It also suggests that Chahar has work to do with his death bowling. With Bhuvneshwar Kumar – a similar bowler to Chahar – preferred in the squad, the Rajasthan pacer had to miss out.

Avesh Khan could consider himself unlucky for not being at least in the list of standbys, with Mohammed Shami chosen over him. Avesh has played 15 T20Is in his career, including in the Asia Cup recently, and though he does not have the best numbers, he has been around the team for a while and has match practice under his belt.

Shami, on the other hand, last played a professional match in July, with his last T20I appearance being in the World Cup last year. Avesh not only has the pace to extract bounce from flat pitches but can also get the new ball to move. It had helped him attract INR 10 crore in the IPL auction this year, which made him the most expensive uncapped player in history.

Malik has pace, which could have been more than a handful in Australia. Unlike Avesh, he has hardly been backed by the management. He has played only three T20Is, and although he was costly – going at 12.44 runs an over – on his day he is unplayable, as we have seen in the IPL.