Marks Out Of 10: England Player Ratings After Their 2-1 Series Win Over South Africa 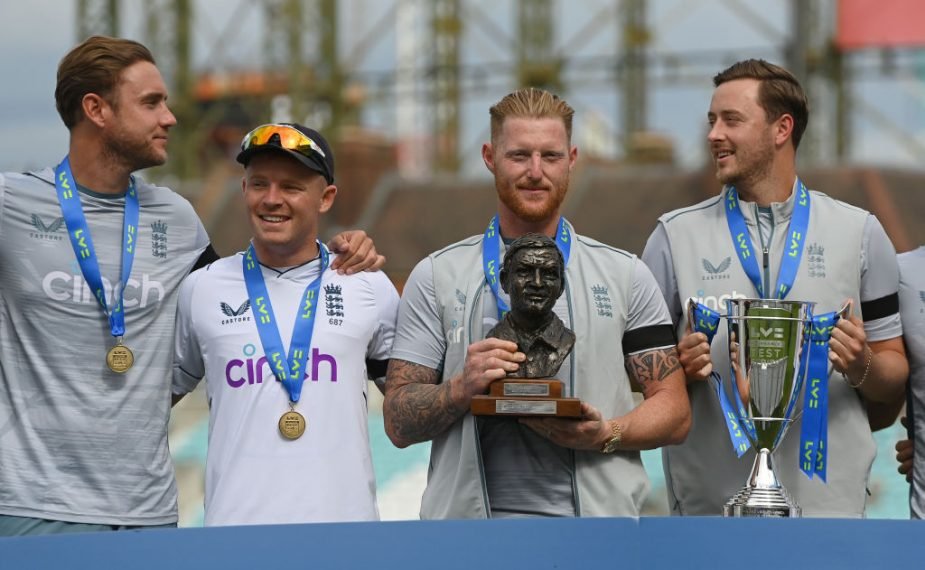 Following England’s 2-1 series win over South Africa, here are our marks out of 10 for the hosts.

Two low scores at Lord’s took his Test average for the summer down to 16.4. But a patient 38 at Old Trafford helped England out of a tight spot before he raced to a 36-ball half-century in the Oval chase.

His high point was putting on more than 100 with Crawley at The Oval to set up a nine-wicket win. Rode his luck during the innings with numerous dropped catches and struggled elsewhere, averaging 7.33 across England’s first innings in the series.

In a low-scoring series Pope finished as the leading run-scorer. Played a particularly promising knock at Lord’s while others around him struggled, taking on South Africa’s quicks to hit 73 in a total of 165.

A rare quiet series for the former skipper.

A freak injury playing golf ruled him out of the final Test. Before that he contributed a crucial 49 at Lord’s, rescuing England after they’d been reduced to 43-3.

Named England’s Player of the Series for his all-round contributions. Hit a match-winning century on the day his documentary was released and was excellent with the ball across all three Tests, taking at least two wickets in every innings he bowled in.

Just the one innings for Brook on debut in which he unfurled a couple of boundaries before pulling to fine leg.

After a difficult Lord’s Test – he recorded scores of 6 and 0 – Foakes celebrated his first Test century since 2018 at Old Trafford, joining forces with Stokes in an excellent stand of 173.

Made more of an impression with bat than ball at Lord’s but thrived at first-change after Ollie Robinson returned to the side to take the new ball. Now the leading Test wicket-taker in the world in 2022, with 40 wickets at 25.75.

Fitter and faster, Robinson made a triumphant return to the Test stage, racing to the landmark of 50 wickets in just his 11th Test. His new-ball spell at The Oval set up victory for England.

Just had the one wicket to celebrate at Lord’s but joined in on the fun England’s quicks had in the next two Tests.

After a dream start to his Test career, Potts had a tough outing at Lord’s, going at close to four an over in South Africa’s only innings. Subsequently replaced by Robinson.

Only needed for two overs at The Oval on a seamer-friendly surface. Otherwise bowled tidily in the series, going at less than two an over.