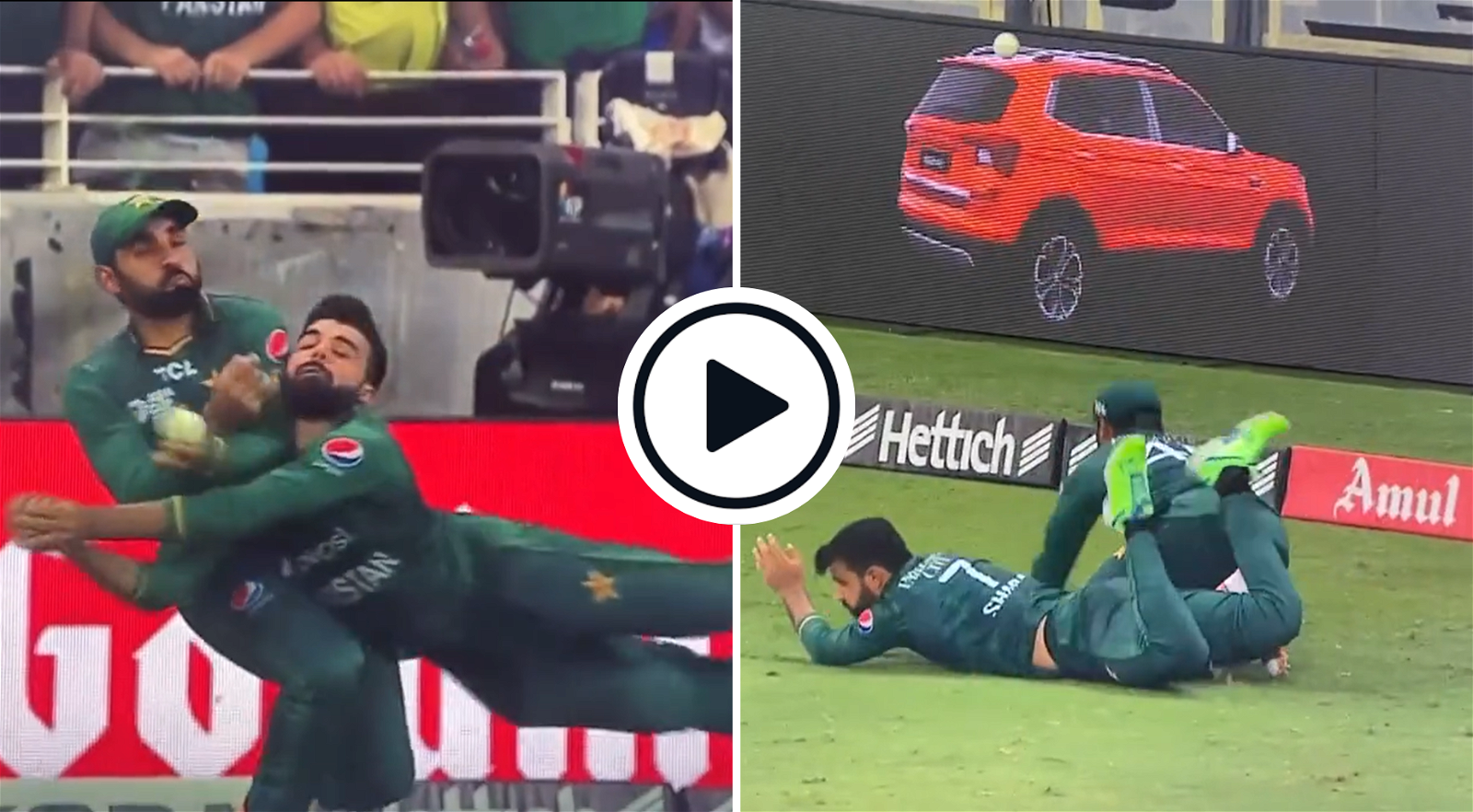 Two Pakistan fielders, Shadab Khan and Asif Ali, were involved in a heavy collision in the Asia Cup final, with a catching chance spilled and the ball sent for six instead.

Shadab came off the worse of the two, requiring treatment from the Pakistan medical team, but was eventually able to walk off the field.

The moment occurred on the final ball of the penultimate over of Sri Lanka’s innings, with the tournament hosts in the midst of a rebuild from 56-5 to 170-6. Banuka Rajapaksa, who top-scored with 71 not out, skied Mohammad Hasnain deep into the legside, with Asif settling under the steepler. However, Shadab had sprinted round and dived full length in his own attempt to take the chance.

The ball settled in Asif’s hands, but only for an instant before Shadab collided with him, sending the ball out of his grasp and over the ropes for six. Had the ball simply dropped without a catch being attempted, it would have landed well within the field of play.

It is not yet known whether Shadab will be available to bat, or whether Pakistan will be able to employ a concussion sub.