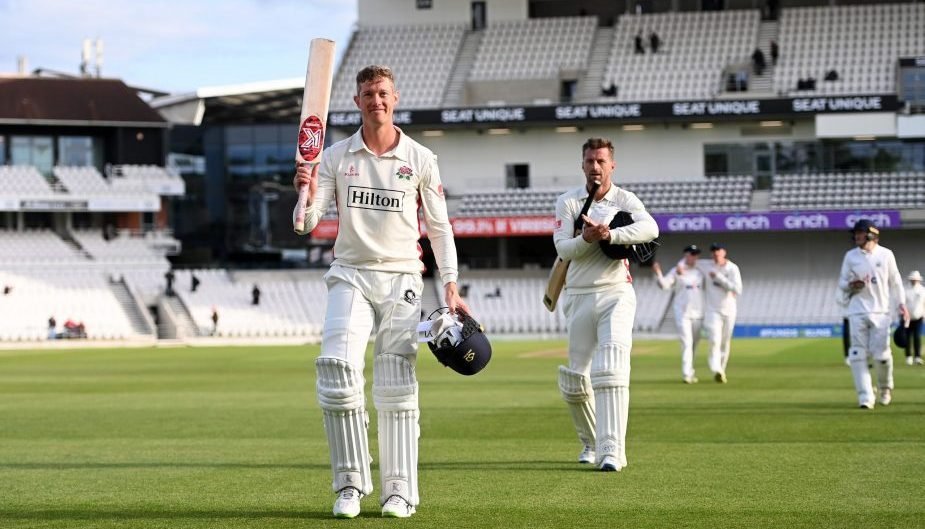 Keaton Jennings has had a phenomenal year in the County Championship and boasts an impressive Test record in Asia. Should he be recalled for England’s tour of Pakistan?

Keaton Jennings is having a special summer, with every time he walks out to bat seeming to lead to yet more and runs and another piece of history.

In the latest round of the County Championship, Jennings became the first player in history to score centuries in four consecutive innings in Roses matches as he piled on 119 for Lancashire against Yorkshire. Earlier this season he racked up a triple-century against Somerset in a record-breaking innings.

“It’s a special day and one I hope I look back on with a lot of pride,” Jennings said to the press after the day’s play. “I’ll be honest, I didn’t think I’d ever get a first-class 300 at any point. As a young lad you read about guys getting a 300… but I never thought I’d ever get there so it is an amazing day.

As Jennings says himself, the low times of his career are well known. A poor series at home to South Africa, the country of his birth, in 2016 had many doubting his international credentials. He also went almost two years without a first-class century between 2019 and 2021, a stretch that would end with Jennings suffering a serious calf-injury which he described to LancsTV as “his first proper injury“.

The result of all this was a player who, having played the last of his 17 Tests in early 2019, appeared to be slipping off the radar of international cricket. And with a modest average of 25.19 from his Test career so far, there seemed little reason for England to be interested in a return.

But that doesn’t account for the dramatic nature of Jennings’ sustained return to form. This season he sits second in the County Championship Division One run charts with 1,014 runs at an average of 72.42. The only player who has outscored Jennings is Kent’s Ben Compton, who has played nine more innings. Including his record in 2021, he has averaged 61.19 over the past two seasons and scored six centuries. In August, he was selected for the England Lions team that played against South Africa.

Not only is Jennings pushing a case for a return to the England set-up through the weight of runs, but his record in Asia further supports his case as a potential dark-horse for the three-Test series away to Pakistan this winter.

Jennings has developed a reputation as a specialist against spin, with both of his Test centuries coming in spin-heavy, sub-continent conditions against India and Sri Lanka. Jennings has an average of 49.75 against spin. His ability against spin has long been known, with Jennings being selected for a specialist training camp in 2016 where he worked with Graham Thorpe and Andy Flower in the UAE. Flower thought so highly of Jennings that at one stage he was reported to consider him as a potential future England captain.

But there’s a question of how useful a proficiency against spin is in Pakistan, with conditions in the country significantly different to those experienced in other Asian countries. Since the return of Test cricket to the country in 2019, spin has averaged a massive 49.20, the highest of any country in the world, in the country as flat wickets have required high-pace attacks to draw any life out of them. Pace was the issue for Jennings in his first stint in the Test side. At home, Jennings averages 17.72, the worst of any opener with 10 or more Tests in their home country, and 16 of his 18 dismissals came against pace. His most recent stint in the Test side ended with him dropped, recalled and then dropped again during and after England’s 2019 tour of the Caribbean, with West Indies’ quicks working him over. In 22 innings outside Asia, he has a top score of 48.

The question for England perhaps isn’t whether Jennings’ excellence against spin compensates for a weakness against pace, but whether he has improved enough against the latter to be considered an option to face the new ball against all types of bowling. Jennings’ reputation as a spin specialist is something that he says he isn’t particularly happy with. “At the end of the day people are going to talk and there’s nothing I can do about it,” he told ESPNcricinfo.

For his own part, Jennings is content with his lot.

“Aged 17 or 18 coming across to England”, Jennings said to ESPNcricinfo, “just having finished school and almost being thrown out into the wilderness, if somebody had said to me, ‘You’ll play 17 Tests for England and that would be your career over’ – would I have taken that? I’d have said, ‘Yeah, definitely’.”

Still, given his current form, you wouldn’t bet against Jennings adding to that tally this winter.

Watch: Steve Smith Smashes Six Then Points Out To Umpire That No-Ball Should Be Called