Watch: Steve Smith Smashes Six Then Points Out To Umpire That No-Ball Should Be Called 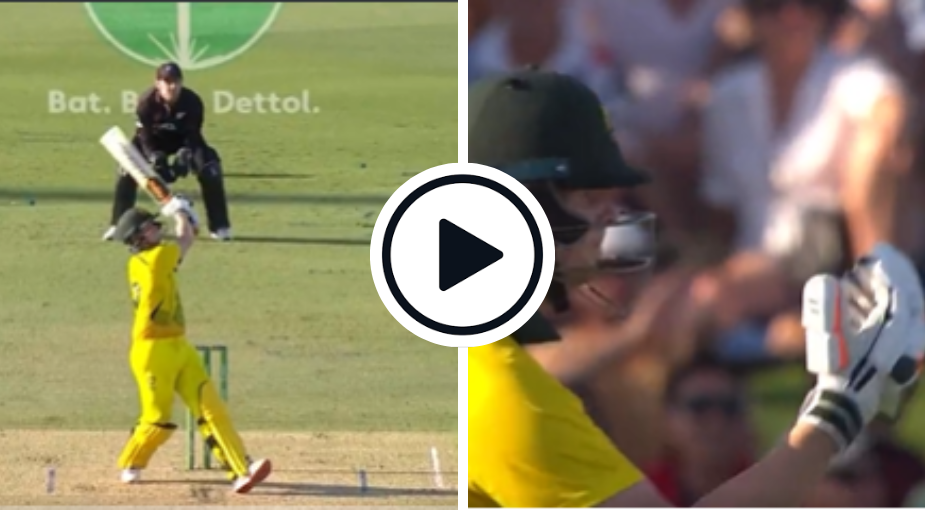 Watch: Steve Smith showed incredible game awareness during the third ODI between Australia and New Zealand, signalling to the on-field umpires to call a no-ball after hitting a six in the 38th over.

Smith brought up his 12th ODI ton – and his first in two years – at Cairns, scoring 105 runs in 131 deliveries on a tricky surface. His innings had one maximum, but more than the shot it was his incredible game presence that caught the eye.

The former Australia captain uncharacteristically hoicked a good-length delivery by James Neesham for a six over deep mid-wicket and immediately turned to the on-field umpires, asking them to signal a free-hit. Smith gestured that there were five fielders outside of the inner circle instead of four, which are allowed between overs 11 to 40 in the format. In ODIs, if, at any stage, the number of fielders outside the 30-yard circle is fewer than or more than four between the above overs, a no-ball shall be declared.

The incident left the on-air commentators impressed. “Steve Smith’s awareness is second to none. He knew the body count in the outfield. How good.”

The re-bowled delivery, a free hit, was ultimately a dot ball.

Australia posted 267-5 on the board in the last ODI of the series. The hosts have already won the series after clinching the first two games.

Watch Steve Smith signalling to the umpires to signal a no-ball here:

Steve Smith launching a filthy slog over the fence because he knew it was a no-ball due to the number of fielders outside the circle 🤯#AUSvNZ #PlayOfTheDay pic.twitter.com/T3LFFjsCB8