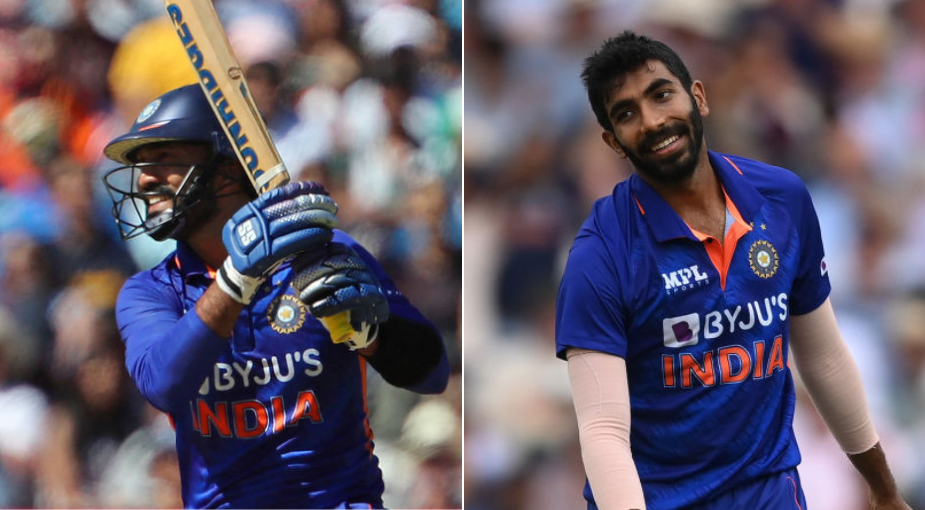 India have announced a 15-strong squad for the 2022 T20 World Cup in Australia, along with four reserves.

Despite failing to reach the final of the recently completed Asia Cup, India did not make unexpected changes to their squad. Jasprit Bumrah and Harshal Patel returned after undergoing extensive rehabilitation at the National Cricket Academy, while Ravi Bishnoi and Avesh Khan fell out of contention.

Ahead of the tournament, India will also play Twenty20 Internationals against both South Africa and Australia at home – their last outings before they head for Australia.

India set to back top three

India’s top three – Rohit Sharma, KL Rahul, and Virat Kohli – often bat deep into the innings for their respective sides in the IPL. Despite India’s recent attempts at breaking the shackles in the Powerplay and Kohli’s probable return to form, India’s decision to persist with all three in Twenty20 cricket has come under scrutiny.

India have traditionally seldom benched their stars once they picked them, and it is unlikely to change this time as well. Whether they will bat in the top three is something to be seen.

Meanwhile, the selectors continue to ignore Sanju Samson. The top three and Suryakumar are fixed, Pant is a left-hander, Karthik can set off without notice, and Pandya can bowl four overs, which meant that Samson fell off the radar.

Why he was not picked ahead of Hooda, who is probably one top-order batter too many in the squad, remains unanswered.

Like the top three, Pant has often struggled to cut loose before spending a few balls at the crease. No.5 is probably too low for someone like that, but India did back him – probably because in the absence of Ravindra Jadeja, they do not have another left-hander who can break the monotone and take on spinners who move the ball away from right-handed batters in the middle overs. India may use Pant as a floater up the order. He does not have a great T20I strike rate, but in the IPL, where he comes in earlier, he does explode once he gets his eyes in.

Despite Karthik’s rare ability to accelerate without getting his eye in, India preferred Pant ahead of Karthik for some matches of the Asia Cup. Leg-spin has been Karthik’s nemesis over the past couple of years, and India may pick one of the two based on the opposition.

The depleted Indian pace attack looked out of sorts at the Asia Cup. In the absence of both Bumrah and Harshal, India had to keep one, even two overs of Bhuvneshwar – arguably the finest Powerplay bowler in the history of Twenty20 cricket – for the death, denying him an extra over first up. It was not a decision made out of choice.

With Bumrah and Bhuvneshwar guaranteed picks and Pandya likely to bowl four overs, India are likely to pick one of Arshdeep and Harshal. In the Asia Cup, Arshdeep was brilliant at the death, often without little support at the other end: that, and his left-hander’s angle, may help him pip Harshal for a slot.

Earlier this year, there were rumours of Shami not being in contention for T20Is. While believable – Shami is one of India’s all-time greats in the two longer formats – one can put these rumours to rest. Chahar is not far away from a spot either.

In an ideal world, India would have got four overs out of Jadeja, asked him to bat (and hit) from any batting position, and placed him at the most important positions on the field. Axar (strike rate 137, economy 7.27) seems a like-for-like replacement, but he has never batted in the top five, and has never faced more than 15 balls in an innings in T20Is. While he may get the occasional slog going, he is unlikely to be the left-hander who will play ahead of Pant. He is also unlikely to be the lone spinner ahead of Chahal and Ashwin.

Australia is where wrist-spinners thrive. While Chahal is certain to play as the lead spinner, he is also the only wrist-spinner in the squad. Ashwin and Axar are likely to sit out. One cannot help but feel for Ravi Bishnoi, India’s bowler of the night during their defeat against Pakistan in the Asia Cup. After 10 T20Is – all of them in 2022 – his career record stands at 16 wickets at 17.12 while going at 7.08 an over: there is little wrong with those numbers.

Perhaps it is Ashwin and Axar’s batting that earned them berths ahead of Bishnoi. His time will come.