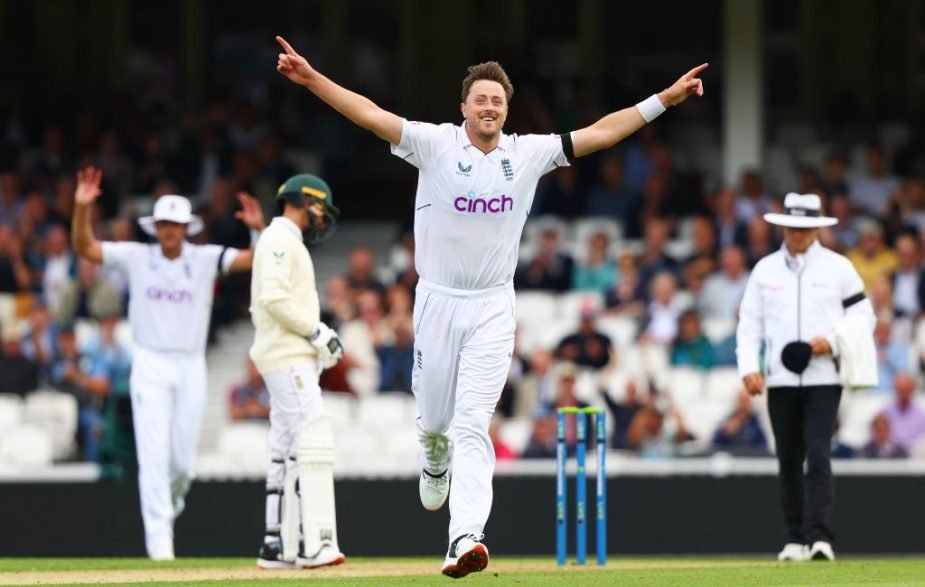 England came into the summer of 2022 with one win in their 17 previous Test matches. However, against all odds, their bowlers rose to the challenge, taking 20 wickets in six of the seven Test matches, while their batters scored at unprecedented pace.

England won six of their seven Tests this summer, their second-most in a single season anywhere in the world. Only in their home summer of 2004, where England won all seven of their Test matches, had they done better. Since then, they had not even matched six wins, let alone bettered it.

England began their summer with four successful chases – all in excess of 275 and all at over 3.50 an over. Three of these are first, second, and fifth on the list of fourth-innings run rates in successful chases of 275 or above. While the bowlers had been taking 20 wickets consistently, it was their batters who brought about an aura of inevitability at home: they seemed capable of chasing down any target at any rate.

All that changed during the South Africa series, where England lost by an innings at Lord’s. For the first time, Bazball – the most-discussed word of the summer – came under criticism, amidst which three things went under the radar.

First, it was England’s first defeat of the summer, after four wins – a significant improvement on their 1-16 record. Secondly, the South African fast bowlers were taller and quicker than their New Zealand or Indian counterparts. They hit the deck harder, extracted steeper bounce, and caused more problems. And thirdly, South Africa adopted an identical strategy, playing their shots and scoring at 3.66 an over – England scored at 3.67 in their first innings.

England hit back, winning by an innings at Old Trafford and by nine wickets at The Oval to complete a near-perfect summer. It was the fourth time a team had won a three-match series after losing the first Test match by an innings, after Pakistan (in Zimbabwe 1994/95), Sri Lanka (in Pakistan 1995/96), and England (in Sri Lanka 2000/01).

England took 50 wickets in the Test series, at 18.10 apiece, striking once every 38.4 balls. With a 50-wicket cut-off, this is their second-best strike rate since the notoriously wet summer of 1912, and their second-best average since they hosted New Zealand in 1978.

But then, it is only expected of the winning side to have outstanding bowling figures. What about South Africa? They managed only 20 wickets across the last two Test matches, taking 40 wickets in all. Using that as cut-off, their strike rate (37.2) is their the third-best in their history – and they had whitewashed the opposition 3-0 in the first two instances. The average of 24.45 is the second-best in a series they lost but took 40 wickets (after their 49 wickets at 20.87 in England in 1907).

Naturally, this impacted the duration of the Test matches. The combined series strike rate of 37.9 was the third-best in history and the best since 1895/96. Both ranks also apply to the 3,411 balls bowled in the Test series. For perspective, that is about six 90-over days and a session of Test cricket.

Never was the plight of the batters more evident than in the Oval Test match, which lasted a mere 909 balls (about five uninterrupted sessions). The only Test matches of shorter duration on English soil were all played before the Wars. The first Test was also in the all-time top ten shortest English Test matches.

Yet, despite the sheer dominance of the bowlers, England’s Bazballers reigned supreme as they scored at 4.09 an over during the series. This is the second-fastest they have scored in a Test series with three or more matches, only after the 4.54 against New Zealand earlier this summer.

The two strike rates of cricket – runs scored per hundred balls and balls required per wicket – have one aspect in common: they make for excellent viewership. England have set out to win Test matches and entertain while doing so. By dominating both strike rates in their record-breaking summer, England have been successful in more ways than one.