Geoffrey Boycott On England’s Summer: The Pitches Need To Change 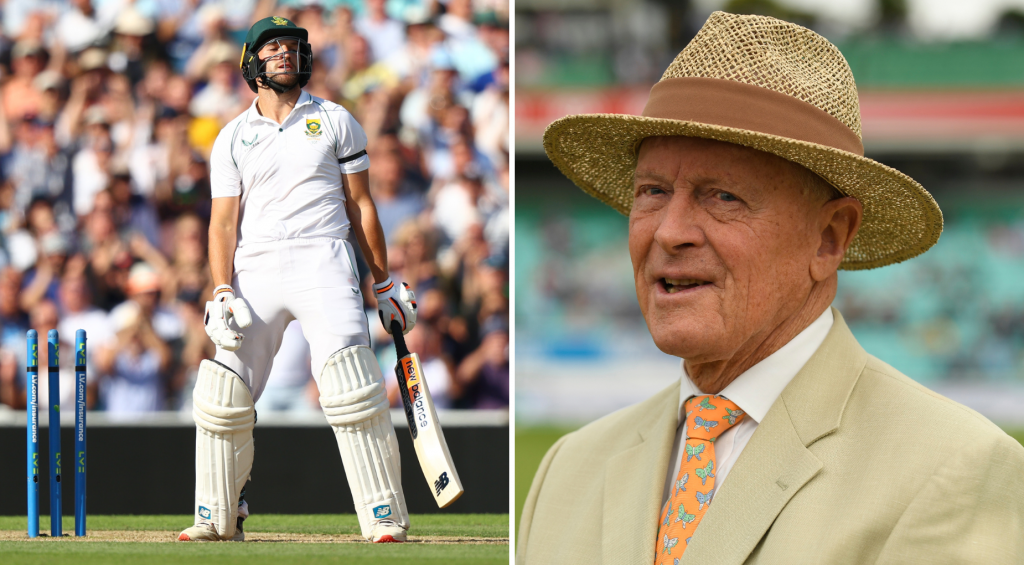 Geoffrey Boycott has criticised the standards of the surfaces used for England’s Test series against South Africa, describing three-day games as being “not good for the game”.

While there was play on 19 of the first 20 scheduled days of play this summer, England’s 2-1 win over South Africa was a historically tough one for batters. England’s nine-wicket win in the third Test at The Oval was the shortest completed game in the country since 1912, with South Africa’s innings victory in the first Test also in the all-time top-ten shortest Tests in England.

Boycott, writing for The Telegraph, came down hard on the quality of the pitches.

“Too many matches this summer have been three-day Tests,” he said. “This has been two days. That is not ideal for Test cricket. Counties lose a lot of revenue and spinners become superfluous. On these pitches it is impossible for batsmen to get used to playing for long periods and making centuries.

“Many of the balls bowled in this Test, and most of the others, would give any batsmen nightmares. All they are trying to do is stay in. I don’t care how good a batsman’s technique is, bowlers make batting treacherous on these surfaces. You require lots of luck: win the toss, bowl first, wins the game. How can that make for a fair contest?”

In Boycott’s opinion, less grass and moisture is the key to creating fairer pitches.

“Strauss and Key insist on having drier pitches, where groundsmen can get rid of moisture and any grass,” he said. “By starting on very dry pitches batsmen will be able to play their strokes and in the second innings the surfaces will turn so spinners become matchwinners.

“Have I enjoyed this summer? Yes and no. Three day Tests are not good for the game. Ask the batsmen if they have enjoyed it? I bet to hell they haven’t. Or ask Jack Leach? He has hardly had a bowl in this series.

“There is no point in scheduling five days if you have moisture and grass on the pitches. It might be fun but is just a field day for seam bowlers. It is not a fair contest.”

Boycott also had words of criticism for two of England’s batters, Zak Crawley and Ben Stokes. Crawley made an unbeaten 69 in his final innings of the summer, his first score above 50 at home since making 267 against Pakistan in 2020.

“That is not good enough to make him an opening batsman in Test cricket. It is commendable that Stokes and Brendon McCullum show these players loyalty but even his 69 at the Oval was not very convincing. There were a number of play-and-misses that beat the edges in between some gorgeous striking of the ball, putting the bowlers on the back foot.

Boycott described Crawley as a “natural strokeplayer and fit for the middle order” but suggested he will need to be left out before long. “Sooner or later Stokes and McCullum will need to find a proper opener because four failures out of five is not good enough. They do not want to drop him but needs must.”

Stokes averaged 40.88 with a strike-rate of 73.45 this summer, and Boycott was critical of the England captain’s aggression.

“Too often this summer, Stokes’s batting was too gung-ho,” he said. “He tried to lead by example and show his players that he will bat exactly the same way as he asks them to. But he is a fine batsman who would do well to take stock because his batting is vital to this team and giving his wicket away to extravagant strikes early on hurts them. He is better than that. Look at his Old Trafford century. It was a marvellous innings of patience, concentration and adapting to the situation when he first went it.

“Once he was in he exploded, took all the bowlers on putting them under the cosh. England need that type of Stokes, not the one gifting his wicket away.”