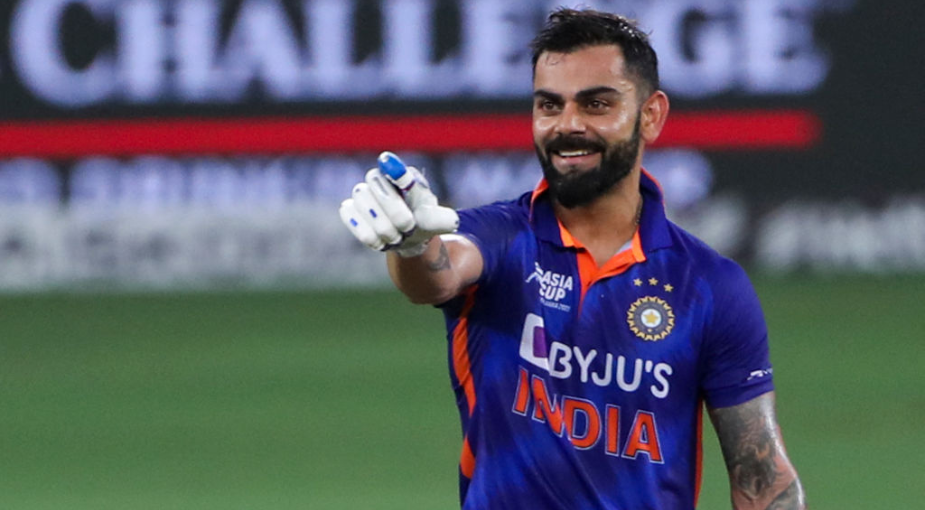 Virat Kohli re-entered the top 15 in the ICC Men’s Batting T20I Rankings after a fine century in the Asia Cup, while Shakib Al Hasan reclaimed top spot on the all-rounders’ list.

Kohli, who scored an international hundred for the first time in 1,020 days when he got to the landmark against Afghanistan in the Asia Cup, made rapid strides in the T20I batter rankings, jumping up 14 spots to 15th. The former India captain scored 276 runs in the tournament, also making two fifties.

Kohli had fallen out of the top 20 of the ICC T20I batting rankings for the first time since 2019 in July this year, after a below-par showing against England.

KL Rahul is now in the top 25, jumping up seven places to 23rd, while Sri Lanka’s Bhanuka Rajapaksa is ranked 34, up from his previous spot at 68.

The list is led by Mohammad Rizwan, who maintains his position at the top after finishing the Asia Cup as the competition’s top run-scorer. The top three list is capped by Aiden Markram and Babar Azam.

The latest release also had a new No.1 all-rounder in T20Is. Shakib, who was last on top of the pile in October 2021, overtook Mohammad Nabi following the Asia Cup, where his team crashed out in the first round. Shakib is also currently ranked top of the ICC ODI all-rounder rankings.

The other massive gainer in the latest T20I rankings was Wanindu Hasaranga, who is now No.6 in the bowling rankings. The leg-spinner, who picked up nine wickets in the Asia Cup, also scored a crucial 26-ball 36 in the final. His returns helped him jump up seven spots to the fourth position in the all-rounders’ list.

In the ICC T20I bowlers rankings, Bhuvneshwar Kumar is now seventh, up from 11th, after ending the Asia Cup with 11 wickets, including figures of 5-4 against Afghanistan. Haris Rauf (25th) and Mohammad Nawaz (34th) also made movements up the order.

Test updates: The top-ten list in both batting and bowling remains unchanged, but there was a slight movement in the top 30 charts, with Ollie Pope climbing up 17 places to 29th in the batting rankings.

Ollie Robinson also jumped 11 places and is now 15th in the bowling rankings, after picking up a five-for in England’s victory at The Oval.

ODI updates: Two Australians were the main beneficiaries in the batting and bowling rankings, with Steve Smith, who got his first ODI ton in two years against New Zealand, climbing 13 places to 10th in the batting rankings.

Mitchell Starc is also back in the top ten, at ninth, following Australia’s series win over the Blackcaps.

World No. 1 Sophie Ecclestone signs up for Sydney Sixers for WBBL|08