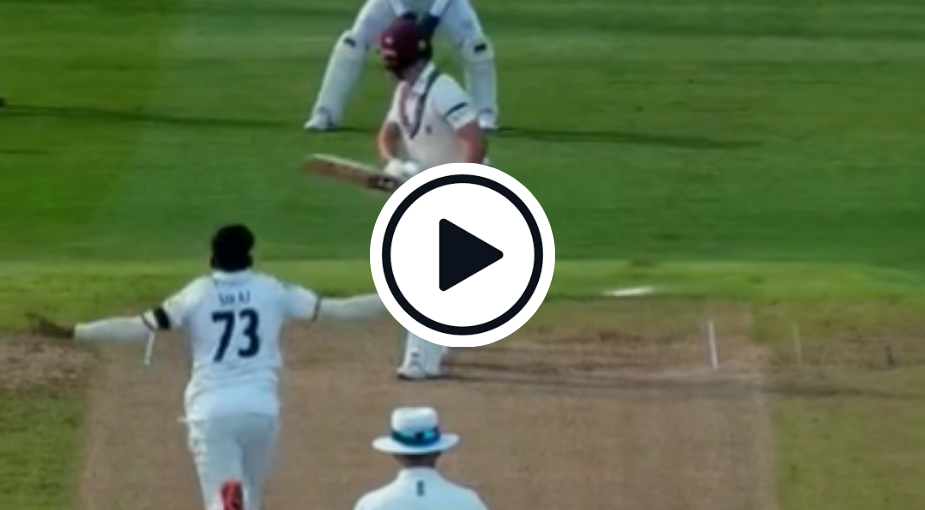 Watch: Mohammed Siraj announced his arrival in the 2022 County Championship in style, picking up a five-for in his maiden game for Warwickshire against Somerset.

Siraj ran through Somerset’s batting line-up in Birmingham, ending the innings with figures of 5-82 in 24 overs. The India quick started off proceedings with the scalp of Imam-ul-Haq, which was also the first wicket of the game. The Pakistan opener was out chasing a wide delivery outside the off-stump.

Siraj returned to dismiss George Bartlett with a surprise bouncer, forcing the batter to miscue a pull shot to deep square leg. James Rew was next to follow, falling lbw to a beautiful inswinger from Siraj. His five-for was completed with quick wickets of Josh Davey and Lewis Gregory, both falling to perfect incomers.

Somerset were all out for 219 in their Division 1 fixture, with all Warwickshire bowlers except Danny Briggs taking at least a wicket in the innings.

Mohammed Siraj finishes with figures of 24-6-82-5 as Warwickshire bowl Somerset out for 219. #LVCountyChamp pic.twitter.com/jneZp5ZcDj