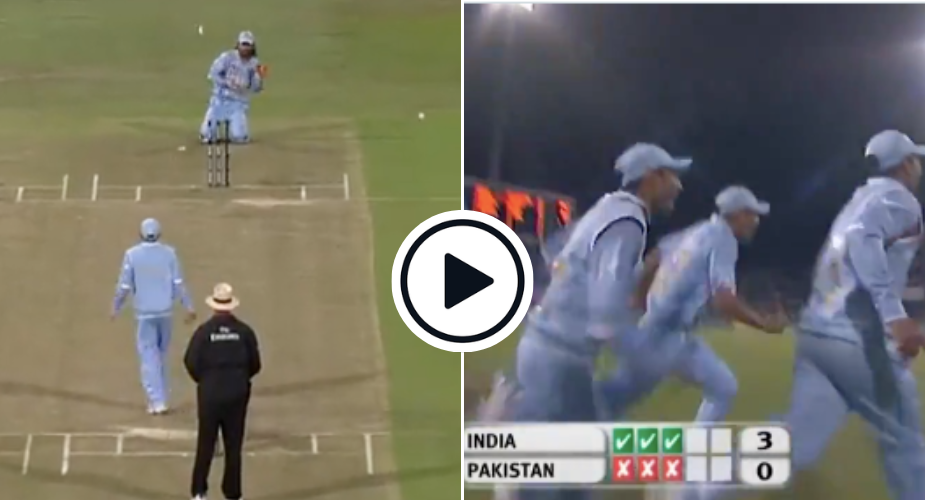 Before the Super Over came into being, a tie in a Twenty20 match used to be broken using a bowl-out, where five bowlers from each side bowl – in legal actions – to an unprotected wicket at the other end. The fielding side were allowed to use a wicketkeeper to aid the bowler find their direction.

The concept was first used in professional cricket after a 1991 NatWest Trophy match between Derbyshire and Hertfordshire was abandoned. Twenty20, keener on a result than the other two formats, implemented it early, in all levels. In 2005/06, New Zealand beat West Indies 3-0 to decide a T20I in Auckland. The ICC also included the Super Over in their playing conditions for the knockout matches in the 2006 Champions Trophy and the 2007 World Cup, but none of the matches ended in a tie.

India were playing Pakistan in a 2007 World T20 match in Durban. Chasing 142, Pakistan levelled the scores with two balls to spare before S Sreesanth beat Misbah-ul-Haq with the penultimate ball. Misbah pushed the last ball and set off, but could not beat Yuvraj Singh’s throw – and was run out. For the first time, a global cricket tournament witnessed a tie-breaker.

India had taken the concept seriously – to the extent of starting the net sessions with bowl-outs. Uthappa, who had not bowled a single ball in Twenty20 cricket until then, was quite keen. “Whether you like it or not, I’m gonna bowl,” he had told the team management.

India’s other tactic involved MS Dhoni waiting behind the stumps on his knees (the bowlers aimed at him), in stark contrast with Pakistan wicketkeeper Kamran Akmal’s upright stance.

Sehwag, bowling in a cap, hit the stumps with the first attempt. Arafat, running in off a shorter run-up, bowled a slow full-toss that missed off-stump.

Harbhajan hit as well before breaking into customary celebrations. Gul repeated Arafat’s error of deviating from his usual style: he, too, bowled off a shorter run-up and missed off.

Taking a leaf out of Sehwag’s book, Uthappa bowled seam-up in a cap, hit the stumps, turned around, took his cap off, and bowed with a flourish. At this point, Pakistan needed to hit everything (and expect India to miss everything). Afridi bowled in a cap and stayed away from the off-stump – but ended up missing leg. And the Indians celebrated.

#OnThisDay in 2007, #MSDhoni led #TeamIndia defeated Pakistan via bowl out in a group stage match of the inaugural #T20WorldCup pic.twitter.com/U8D61XwRAr