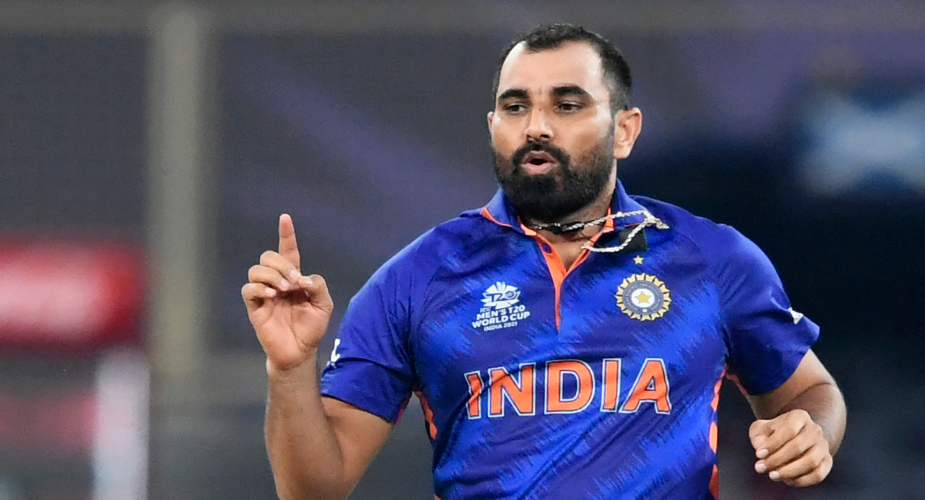 Mohammed Shami last played a T20 International match in November 2021, and has been only included as a standby for the upcoming T20 World Cup. But considering his skill-set, he should have been a part of India’s squad all along, writes Shashwat Kumar.

Over the past few months, there has been a lot of uncertainty surrounding Shami’s future in the shortest format. Having last turned out for India at the 2021 T20 World Cup, there were reports of India looking for options beyond him. However, the selection committee decided that Shami had done enough to warrant a place as a standby, despite not playing any T20 cricket since IPL 2022. India’s fast-bowling woes at the recently concluded Asia Cup could have played a role, although it might be worth analysing why he, irrespective of the amount of T20 cricket he has played in recent times, deserves to be a part of the 15-man squad.

Ever since his debut, Shami has cast himself as an all-format bowler. While Test cricket remains his strongest suit, his ability to take wickets in ODIs is beyond doubt. He has the best ODI strike rate among any Indian bowler to have picked up a minimum of 50 wickets.

His numbers are not as staggering in T20I cricket, a format where he has played only 17 times for India in eight and a half years. He averages an ordinary 31.55 with ball. If his strike rate of 19.8 is acceptable, his economy rate of 9.54 hints that he has not always enjoyed a great run in the shortest format. At the same time, one must look at Shami’s numbers beyond international cricket, where he has done reasonably well in the last couple of seasons.

In all Twenty20 cricket since the start of 2021, Shami has picked up 45 wickets in 35 innings, tallying 1.28 wickets per game. His economy rate of 7.89 is an upgrade on his career rate of 8.28. During this period, Shami has also bowled at the death and held his own, giving away 9.86 an over and averaging 13.08. For context, Harshal Patel, who has been talked about as the best solution to India’s death-bowling issues, has shipped 9.94 runs per over and has averaged 17.2 in the death overs.

Shami is also excellent with the new ball. This year, only 12 bowlers have picked up more wickets than Shami in the Powerplay. He has accounted for 11 batters during the field restrictions, averaging 24.09 and conceding 6.62 runs per over. Among Indians, only Avesh Khan and Bhuvneshwar Kumar have picked more wickets. Shami, however, has bowled in 16 innings, as opposed to Avesh’s 27 and Bhuvneshwar’s 34.

If a direct comparison is made, Shami is one of very few Indian bowlers who makes it to the top bracket in both the Powerplay overs and at the death. Harshal might have got the nod because of the batting muscle he provides, but bowlers being omitted for their batting pedigree does not quite add up, particularly in a format when they are often not needed to bat.

Shami could also have been included at one of the expense of a spinner. The T20 World Cup is going to be held at the start of the Australian summer, meaning that pitches might not be as tired as they would be towards the end. With Yuzvendra Chahal a near-certainty, Axar Patel and R Ashwin may be used selectively to offset the absence of Ravindra Jadeja. However, it is unlikely that both will be part of the playing XI in the same game.

Another factor that could have been considered was Shami’s white-ball record in Australia. He might have played just a solitary T20I, but in 13 ODI innings, he has scalped 22 wickets at an excellent strike rate of 30.7. The Australian conditions would have suited his style of bowling. The longer boundaries would have made his slippery bouncers more potent, while his ability to extract seam movement would have been useful. That he is also a world-class bowler capable of outwitting any batter in the world, makes his omission even more puzzling.

To be fair to the selectors, they have gone through with what they had planned in July. Back then, they had reportedly said that Shami had run his race. But now, they have gone back to him, hoping that he can put aside all the chatter and be the bowler everyone knows he is.
Like countless cricketers before him, it took an axing to realise his true worth. All while not even playing a T20 in the past four months. That alone should tell you why he should have been a part of the squad all along.

Shami is still not guaranteed a place in India’s 15-man squad. He is, at present, only a standby. From his perspective, however, he could not have hoped for a better opportunity. The defending world champions are going to be in town soon; a virtuoso display, where he flummoxes batters with his skill, may go a long way in that pursuit. It should also be remembered that he did not have a great 2021 T20 World Cup campaign, meaning that he must be hurting. A bowler as proud and dexterous as Shami then, most certainly deserves a chance to make it right.