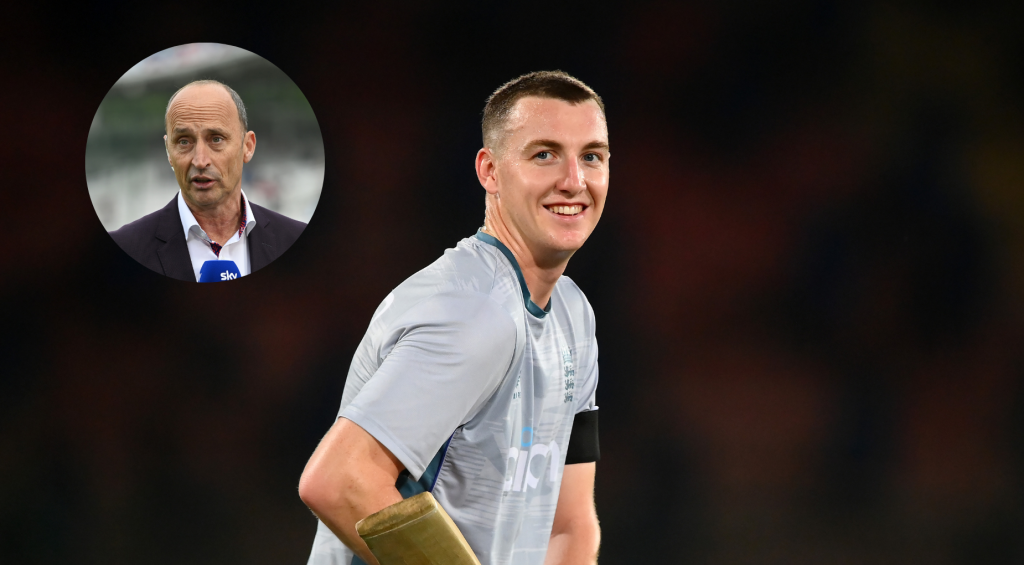 Former England captain Nasser Hussain has said that Harry Brook “should be nailed on at No.5” for England’s first game of the T20 World Cup.

His best performance to date came in the third T20I against Pakistan, in which he made 81 not out off 35 balls to follow up scores of 42 not out and 31 to start the series.

However, Brook is not yet a certainty in England’s first-choice XI. Ben Stokes and Jos Buttler are both sure to be included in England’s T20 World Cup side, but each are yet to feature in Pakistan, with Stokes missing the tour altogether and Buttler recovering from injury. With Alex Hales, Dawid Malan, Liam Livingstone, Sam Curran, Phil Salt and Mooen Ali all vying for a spot in England’s top seven, Brook was considered, before this series, as a back-up option in that World Cup squad. However, in Hussain’s opinion, he has since shot to the top of the queue.

“He’s a serious talent,” Hussain said on Sky Sports. “In that first World Cup game, in Perth against Afghanistan, Brook must be pencilled in at no 5. [He’s] going to be a superstar in all formats, he really is. His run-getting over the last couple of years at Yorkshire has been prolific and I think it will continue to be.”

Hussain added that main strength of Brook was his ability as a 360-degree player, but one who manages to execute his skills around the ground, “in a different way”.

“His all-around-the-ground hitting is a key point. Some players will target the leg side, but if you bowl outside off to him, he’ll go over extra cover as well, so there’s no area that you’re safe.

“He’s 360 but in a different way. Like most players now he’s got fast hands, he never really loses his shape, and he continues to be consistent.”

Brook has been batting at No.5 for England, a position that previous captain Eoin Morgan finished his T20I career in and has excelled against both seam and spin.

“Batting at five is not an easy position to come in,” Hussain continued. “You ask anyone in white-ball cricket where you like to bat and it’s in the top three as you’re batting in the powerplay. Every time he has been coming in at five, he has been prolific and consistent, because he has done it before at Yorkshire. Going into this series you were looking at how we get Brook into the starting XI, but I can’t see how you can leave him out now. I think, for me, he’s absolutely nailed on for that No 5 spot for the first game in that World Cup.”

MCC: Deepti Sharma Non-Striker Run Out 'Was Properly Officiated And Should Not Be Considered As Anything More'