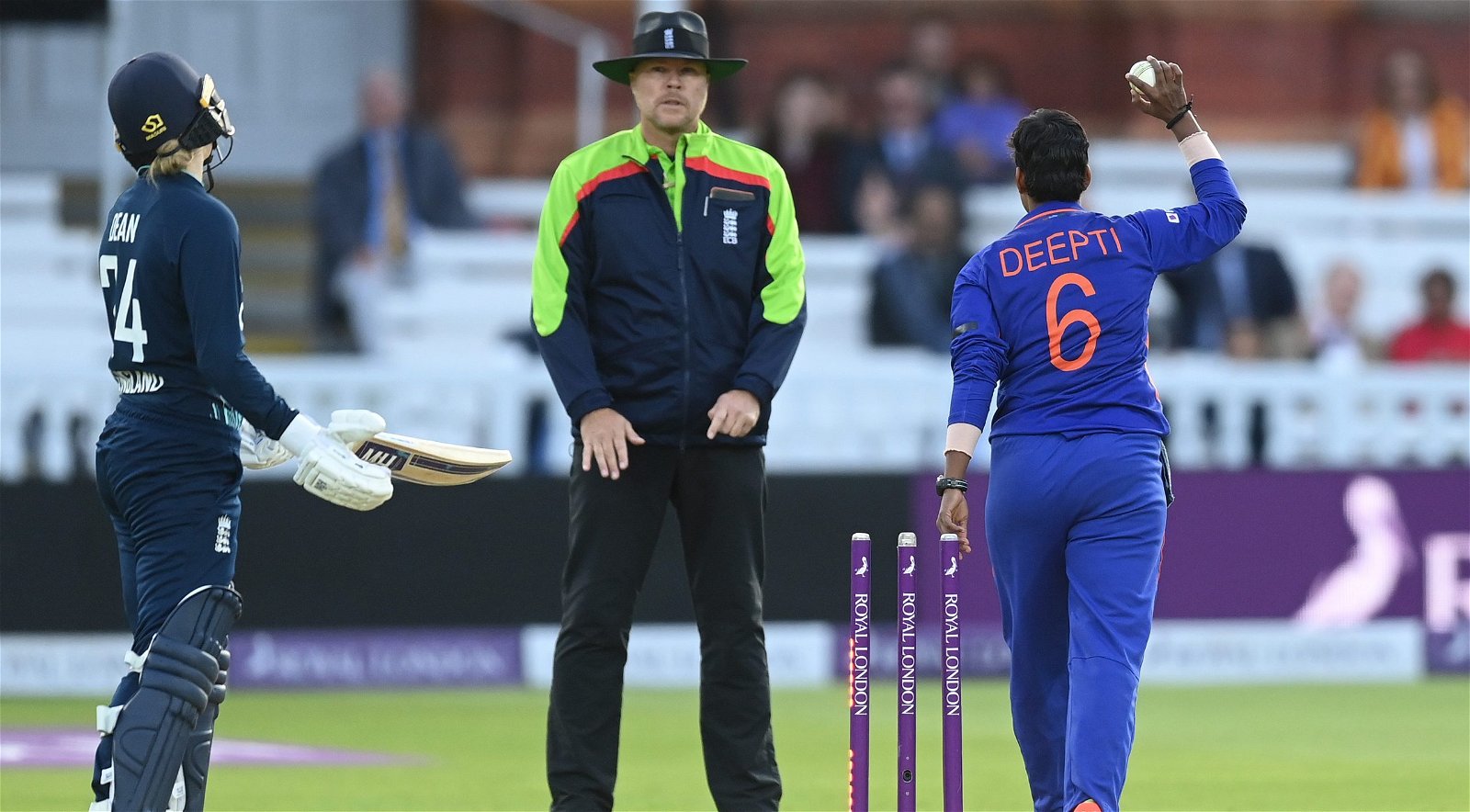 The ending to the third England-India women’s ODI at Lord’s has caused controversy, with Charlie Dean run out at the non-striker’s end by Deepti Sharma.

The dismissal, often referred to as a ‘Mankad’, divides opinion whenever it is effected. It is legal, but some feel it goes against the spirit of cricket.

However, the laws around non-striker run outs are themselves complicated and open to interpretation. While they are set to undergo an alteration in a raft of changes to the MCC’s Laws of Cricket which will come into effect from October 1, there have been suggestions that further tweaks are needed.

What the laws around non-striker run outs say right now

The crucial segment as concerns the Dean run out states that a non-striker run out is only allowed “until the instant when the bowler would normally have been expected to release the ball”. There is debate over whether this was the case in the England-India ODI. However, umpires rarely rule out non-striker run outs for this reason, and the MCC have stated that the correct decision was reached.

“MCC’s message to non-strikers continues to be to remain in their ground until they have seen the ball leave the bowler’s hand,” read a statement from cricket’s law-makers. “Then dismissals, such as the one seen yesterday, cannot happen. Whilst yesterday was indeed an unusual end to an exciting match, it was properly officiated and should not be considered as anything more.”

The law also specifies what should happen if a bowler attempts a non-striker run out and then bowls the ball. In this case, law 21.6 will apply, and a no-ball is signalled.

The laws also contain further penalties for a non-striker leaving their ground early. Law 41.17 deals with batters “stealing a run.”

It states: “It is unfair for the batters to attempt to steal a run during the bowler’s run-up. Unless the bowler attempts to run out either batter – see 41.16 and law 21.4 (Bowler throwing towards striker’s end before delivery) – the umpire shall call and signal Dead ball as soon as the batters cross in such an attempt and inform the other umpire of the reason for this action.

“The umpires together shall report the occurrence as soon as possible after the match to the executive of the offending side and to any governing body responsible for the match, who shall take such action as is considered appropriate against the captain, any other individuals concerned and, if appropriate, the team.”

To sum up, if the umpires feel a non-striker is attempting to steal a run, they should dock the batting side five penalty runs, with further punishment possible. The MCC have made clear that non-striker run outs are legal and, in their view, acceptable. They have made repeated attempts to normalise the dismissal and to discourage the non-striker from backing up too far or too early. Again, however, five-run penalties are very rarely handed out for non-strikers leaving their ground too early.

How the non-striker run out laws are changing

From October 1, the law regarding non-striker run outs will move from law 41, which deals with “unfair play”, to law 38, which deals with run outs. The move is an attempt at further normalisation, with the MCC hoping the dismissal will be viewed as equal to any other. However, it is worth noting that it was previously in the “unfair play” section not because non-striker run outs were viewed as unfair, but because the batter leaving their ground early was viewed as unfair. The wording of the law will not change apart from that.

Other suggested changes to the non-striker run out laws

There have also been suggestions, including from England’s James Anderson, that a wicket is too harsh a punishment for a batter leaving the ground too early. Anderson has suggested that a run penalty is the right solution for any non-striker run out.

Others have put forward that there should be a measure in place to prevent bowlers attempting a non-striker run out too often, with a no-ball the obvious solution, already being the punishment for a bowler breaking the stumps in their delivery stride.

I’d go one step further and penalise the batting side one run every time the non-striker is out of their ground as the ball is released. A kind of batting no-ball penalty. (Credit to Tom in The Lord’s Tavern for suggesting it to me last night.)

Nasser Hussain: For Me, Harry Brook Is Nailed On For The No.5 Spot For England's First T20 World Cup Game