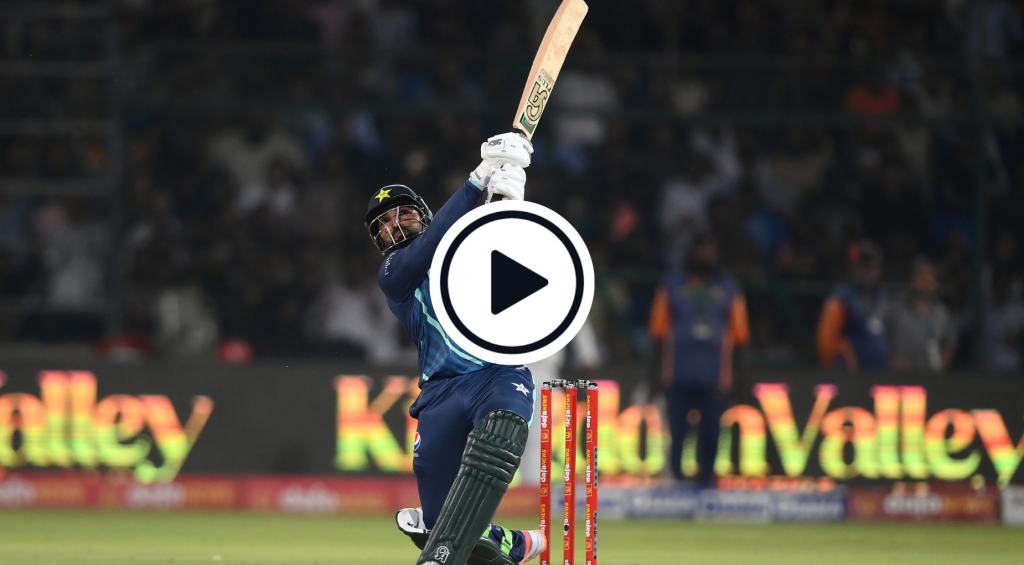 Watch: Asif Ali provided late fireworks to the Pakistan innings as he smashed two sixes in a crucial three-ball innings.

Arriving at the crease in the final over and with the score at 152-4, Asif launched two massive sixes off the bowling of Reece Topley.

The first came from a knee-high full toss that Asif picked up over the deep midwicket boundary, before the second boundary came from a full of a length delivery that Asif hit even further and higher into the Karachi night sky. The two blows caused the home crowd to erupt into raptures.

From his Asif T20Is, Ali boasts a modest average of 16.30 and a strike-rate of 138.52. However, he has a distinct penchant for six hitting. For Pakistan, Asif has hit 20 fours and 34 sixes, playing a key role in several tight games.

The two sixes lifted Pakistan to a final total of 166-4 and tripled their total number of maximums for the innings. In the other 117 balls that Pakistan had faced, they had struck just one six. Asif managed two in three balls himself. Pakistan eventually triumphed by three runs, only further emphasising the importance of Asif’s knock.