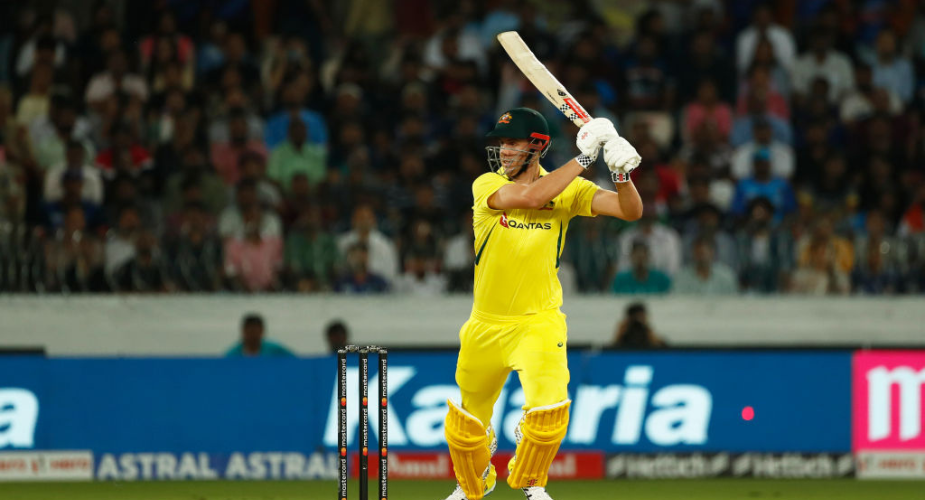 Cam Green arrived in India as a T20I newbie, with uncertainty over what he could bring to the table in the shortest format. By the time the series ended, almost everyone was drooling over his capabilities, writes Shashwat Kumar.

Green has become a vital player in Australia’s Test setup over the past couple of years. Having made his debut against India during the 2020/21 Border-Gavaskar Trophy, he has only gone from strength to strength. He played a pivotal role in Australia’s Ashes triumph earlier in the year and did his reputation no harm when they travelled to Pakistan.

In Twenty20 cricket, though, there was a question mark over his ability. Prior to the series against India, he had only played 14 matches in the shortest format. He had batted in 10 of those, scoring 108 runs at barely above a run a ball. Green was not bowling much either. Of the 66 balls that he has bowled in T20s, 36 came during the recently concluded series against India.

Workload management could have been a factor, considering he is still young and all-rounders of his ilk need to be preserved. But the fact that he had played a solitary T20I suggested it was not a role Australia had primarily earmarked him for. Almost all of it has changed after the series in India.

In two of the three games he played, he set the tone at the top of the order and put the Indian bowlers under pressure. At Mohali, it laid the foundation for a chase in excess of 200. At Hyderabad, he looked as comfortable on a tricky track as anyone else, often using his long levers to access both sides of the ground.

Unsurprisingly, there have been discussions around how high his ceiling can be. Some, like Wasim Jaffer, have even suggested that IPL teams would be queuing up for his signature. But with so many batting options available to Australia, and with Twenty20 cricket not really considered Green’s strongest suit, how high can his ceiling actually be?

Well, it can be as high as it wants to be. This might sound dramatic but that is the sort of talent Green has. Against India, he dominated the bowling as soon as he walked out to the middle. The first over he faced in the series was against Umesh Yadav. Umesh has been brilliant with the new ball in T20s this year, but Green played the ball, not the bowler. He opened up his stance on the second ball he faced to smash it past Umesh. A couple of balls later, he let the ball come to him before muscling it over mid-on. Had anyone been watching him for the first time, they would never have known that he had scratched his way to a seven-ball two on T20I debut against Pakistan at Lahore.

Another impressive aspect about his batting was the way he handled spin. At Mohali, he swept Yuzvendra Chahal for two huge sixes. He was eventually dismissed by Axar Patel but not before he had slog-swept him into the stands once. At Hyderabad too, he hit five boundaries off Axar. He also smacked a couple of sixes off Jasprit Bumrah and seemed a step ahead of Bhuvneshwar Kumar until the latter outwitted him in the fifth over. By then, though, Green had rattled along to a 19-ball half-century.

The Hyderabad innings defined his approach the best. He faced 21 balls in the innings. One of these was a yorker from Bumrah that he did well to keep out; he slogged the other 20, with varying effects, for 58 runs. He finished the series with a strike rate of 215, the third-best in a series among Australians with a 50-ball cut-off and the best since 2016.

One may ask why Green has not enjoyed as much success throughout his Twenty20 career. Part of it has been because he was batting lower down the order, where the power-hitting dynamics change drastically. He seems much more comfortable at the top of the order, where he can use his reach and awareness to maximise the field restrictions.

But there is more to Green than the runs he scores or the sixes he hits. As he showed at Hyderabad, he is a very astute bowler who can keep the batters quiet. His height enables him to extract extra bounce off even the most docile of surfaces. His ability to bowl hard lengths also does not allow batters to line up him and hit down the ground. He has, of course, not bowled a lot in this format; and because he is not a very regular bowler, he will, at times, ship more runs than what might be ideal – as it happened at Mohali.

From Australia’s point of view, however, it is a luxury to have someone like Green in the mix. He can open the batting as well as bowl at over 140 kph to pick up crucial wickets. His height makes him a very useful fielder. In Test cricket, he usually stands at gully, and has a safe pair of hands. In the shortest format, that can be utilised to patrol the boundary and save a few runs every innings.

The best part about it all is that Green is only 23 years old. Even if he feels Test cricket might be his calling, he has enough time to hone other facets of his game and be an all-format superstar. Those in the knowhow of Australian cricket have long touted him for greatness, especially in Test cricket. And so far, he has portrayed his astronomical ability, irrespective of whether he is playing at home or abroad.

In T20Is, the buzz and excitement around him was not as much – but after a superb series against India, that narrative might be changing. He is not a part of the T20 World Cup squad, and there may be a school of thought that this competition has arrived a little too early for Green.

Yet, if circumstances plunge Green into the deep end, you feel he will do just fine. He has gone from being a relative unknown in T20 cricket to becoming the talk of the town, all in a matter of days. That does not happen if you are not special.