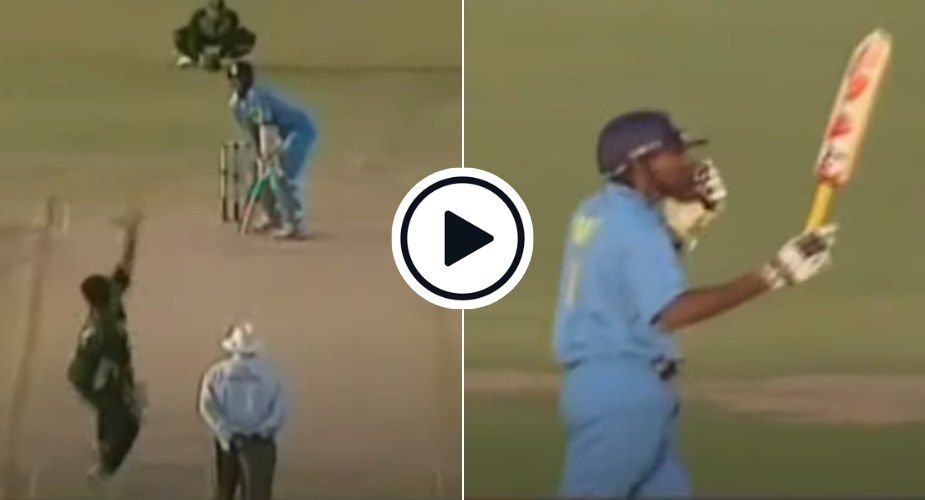 Watch: On India’s 2004 tour of Pakistan, L Balaji lofted Shoaib Akhtar for six. He attempted another slog next ball, and his bat snapped in impact.

India’s 2004 tour of Pakistan began with two very high-scoring thrillers, in Karachi and Rawalpindi. Pakistan took a lead in the series with a hard-fought win in Peshawar, but India pulled off a stiff chase in Lahore to level the series. The teams then stayed back in Lahore for the decider.

VVS Laxman’s sublime 104 helped India the relative comfort of 281-7 in 49 overs. At the crease was Irfan Pathan, well set and eager to get the strike back against Shoaib Akhtar, who had, over the year before the series, evolved into the spearhead of a Pakistani attack and reasonably fast.

Irfan had put the last two balls of Akhtar’s previous over, the 48th of the innings, for fours. Most expected L Balaji – batting perhaps a slot higher than he should, at No.9 – to return Irfan the strike, but he thought otherwise. With basic footwork, Balaji lofted the ball the third ball he faced in the innings over Yousuf Youhana (later Mohammad Yousuf) long-on. Pakistan had a fielder on the fence; he even leapt; but the ball soared over his head for six.

The Pakistani crowd erupted. They had cheered for Balaji throughout the tour – often chanting Balaji, zara dheere chalo (“Balaji, go slow”) in chorus, parodying a superhit Bollywood number – but that was mostly because of his exploits with the ball and his famous grin. Little did they know that there was more in store.

There could have been only one response to the ball that followed. Balaji swung wildly, only for his bat to snap and a piece to fly towards mid-wicket. It worked in his favour, for the mistimed ball took ages to roll past the 30-yard circle, forcing Youhana to run all the way. Balaji ran fast, eventually diving with his broken bat to make it.