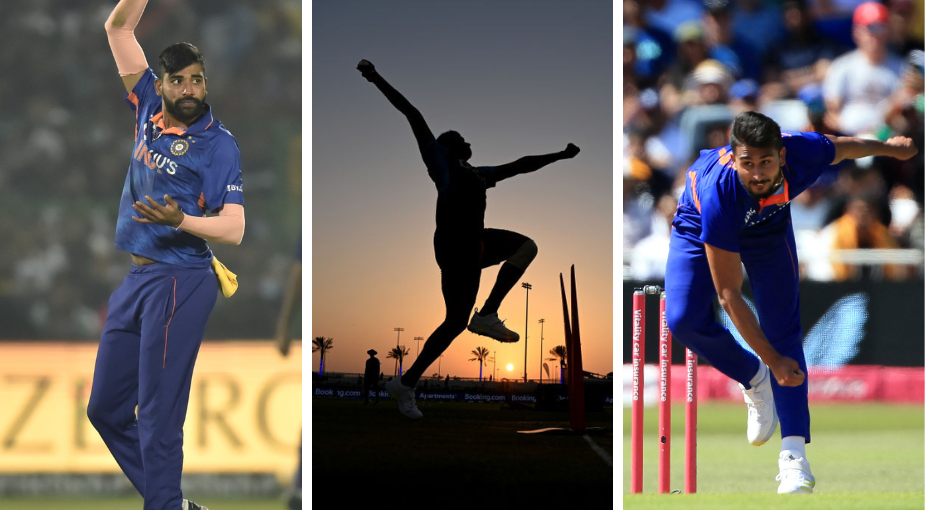 Jasprit Bumrah is injured again and might not play in the T20 World Cup, with reports saying he could be out for at least six months. How do India go about replacing their pace-bowling spearhead?

Jasprit Bumrah is irreplaceable. In an ideal world, this assignment would have contained just one line, but rarely are matters as straightforward. It certainly isn’t for India who now have to navigate through a number of candidates and select the best quick to take with them to Australia. That there is no clear winner makes matters tougher for the management.

Chahar, who displayed his brilliant new-ball skills in the first T20I against South Africa, is an exceptional swing bowler, but might not be the best fit for the squad. The medium-pacer is more effective in the powerplay overs and the fact that a captain as skilled as MS Dhoni gave Chahar only five overs in the death in 2021 IPL hint at what he lacks.

Bhuvneshwar Kumar, who is in the squad, is much like Chahar. He can get the ball to swing upfront, but struggles when the ball gets old, as was recently displayed in the Asia Cup and the Australia T20Is, where he had an economy rate of 11.89  in the death in six innings. Chahar’s inclusion would mean India travelling without an express pace bowler in the squad. They will also have just two options to bowl at the death – Arshdeep Singh and Harshal Patel – a risk India might not be willing to take considering their woes at the stage of late.

Siraj has been given a call-up to the South Africa T20Is after Bumrah was ruled out. Having demonstrated his worth in Test cricket, Siraj is riding high on confidence. He can bowl above 140 kph consistently but is guilty of blowing hot and cold in the shortest format, giving away runs aplenty. He failed to control his economy rate in the IPL this year, giving away 10.08 runs an over at an average of 57.11. However, when he is on song, there is no stopping him – just ask Andre Russell about his form in 2021 – but his lack of reliability could be a concern.

Shami was reportedly informed that he was no longer in India’s T20I plans earlier this year. A few months later, the selectors completed a surprise U-turn, picking him for the Australia and South Africa T20Is and also selecting him as a standby for the T20 World Cup. Shami last played a game in the format for India in the T20 World Cup last year but maybe the selectors were aware that Bumrah, who had been ruled out of the Asia Cup with the same back injury, might struggle to get fit in time. They could have picked Shami for the two bilateral series to give him some game-time. Shami was later ruled out after testing positive for Covid-19, with his last professional game in July.

Taking Shami, who is not a regular in the T20I squad and is desperately short of match practice. could be a huge gamble. He has experience of playing Down Under but has been expensive in the death overs in T20s. Since the 2020 IPL, he has conceded runs at an economy rate of 10.66 in the death overs, including giving away 10.86 runs per over this year for Gujarat Titans. If India are looking for a death bowler, Shami might not be their best solution.

Can sneak in: Shardul Thakur

Thakur is a partnership-breaker, proving effective in the middle overs. His biggest plus is his batting, which could be handy for India after Ravindra Jadeja was ruled out of the T20 World Cup, leaving the side with only six specialist batters, with Axar Patel the likely No.7. Thakur, however, is not the most feared bowler. At best, he can be a sixth bowling option, but expecting him to complete his four overs every game might be a tall task.

Umesh made his T20I return after a 42-month absence when he was named in the XI for the first match against Australia. His call-up was courtesy of Shami’s positive Covid-19 report and had more to do with how the management is desperate to bolster the bowling line-up with experience. Umesh is fast and had a stellar IPL season this year with Kolkata Knight Riders, picking up 16 wickets at an economy rate of 7.06. However, most of his wickets came in the powerplay overs, with skipper Shreyas Iyer looking to finish his quota of overs when the ball was new. Umesh has a T20 economy rate of 10.26 in the death, which is not what India need at the moment.

Avesh has been backed by the camp over the last few months, but his returns have been well below par. He has picked up 13 wickets for India and has conceded 9.10 runs per over for the country. Avesh has been unable to translate his IPL form into the international stage, and time might have run out for him.

Malik is fast and could be the surprise selection to take India from very good to great, much like Jofra Archer did for England in 2019 or as Tim David is expected to do for Australia this time around. Malik is guilty of being expensive, but he has also shown how he can rectify his lengths in the very same match, overturning an ordinary start to end as the game-changer. His express pace will make him even more lethal in Australia. A major reason for India’s lack of success in ICC events in the last ten years has been the inability to take bold risks and an opportunity presents itself. It might not pay off, but what if it does?

Quiz! Every Pakistan Player To Have Taken A Wicket In The Men's T20 World Cup