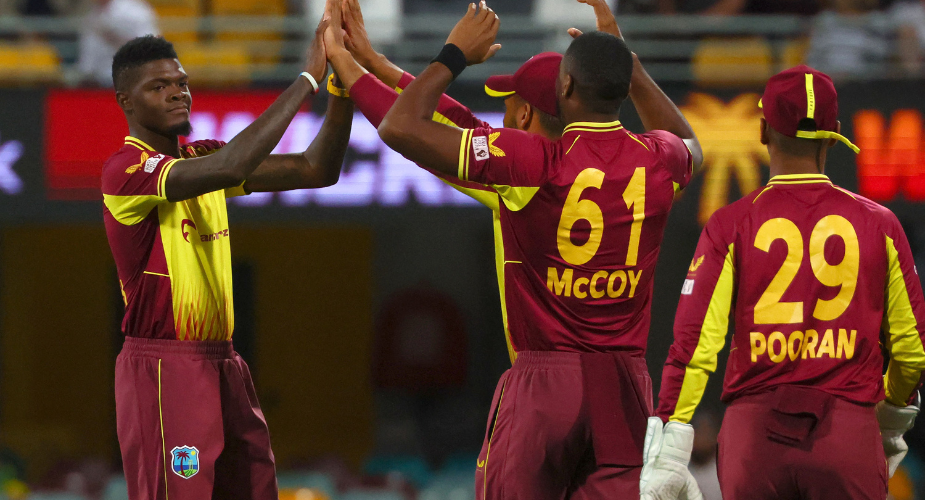 West Indies’ opening T20 World Cup fixture seems them take on Scotland on October 17. Here is the full list of fixtures, including schedule, venues and match timings for WI in the 2022 T20 WC.

The West Indies did not enjoy a fruitful campaign at the 2021 T20 World Cup, winning only one match in their Super 12 group. They have since undergone a transition, with Nicholas Pooran taking over. Chris Gayle, Dwayne Bravo and Kieron Pollard, who were part of that squad, are no longer around, with Andre Russell also not in West Indies’ plans.

The Caribbean outfit have not been in great form in the shortest format, having lost their two most recent series against Australia and New Zealand. That said, they do have several match-winners in their ranks. Brandon King, Kyle Mayers, Rovman Powell and Pooran have not been consistent but can produce impactful performances.

Due to their dwindling T20I fortunes, the West Indies have to go through the grind of qualification for the Super 12 stage. They have been placed in Group B alongside Ireland, Scotland and Zimbabwe. The two top-ranked teams from this group would make it to the Super 12 stage.

All of the West Indies’ first round games will take place at the Bellerive Oval in Hobart. Their campaign begins with a fixture against Scotland on October 17. Two days later, they take on Zimbabwe before wrapping up their first-round assignments with an encounter against Ireland.

(All match timings are in local time)