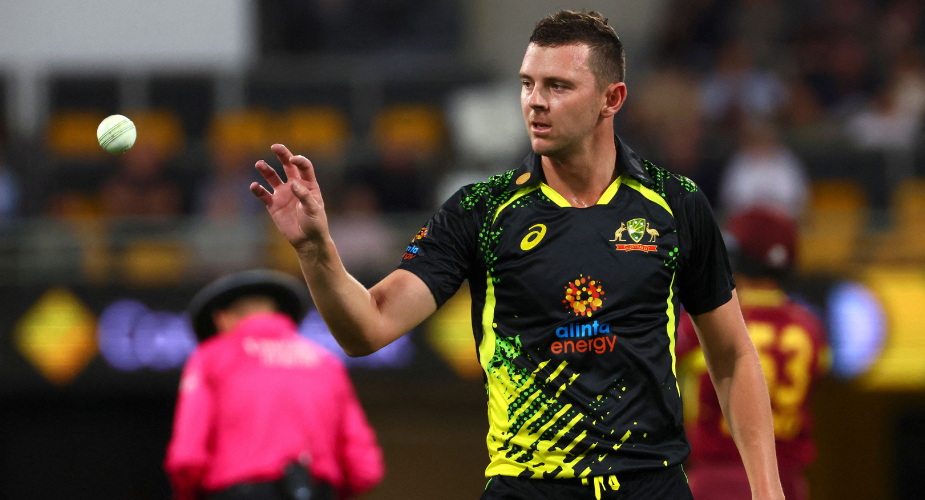 Josh Hazlewood has historically not been looked at as a world-class T20I bowler. At the moment, though, there are not many better than him, writes Shashwat Kumar.

Prior to 2021, Josh Hazlewood did not feature a lot for Australia in the shortest format. He only played nine T20Is between his debut in February 2013 and December 2020. In that duration, he picked up nine wickets at an economy rate of 9.19. An average of 36.77 and strike rate of 24 were not great either.

Since the start of 2021, however, he has turned things around remarkably. He has become Australia’s go-to bowler in T20Is, playing a crucial role in their T20 World Cup triumph last year and he looks set to turbocharge their campaign this time out too. Among all bowlers from Test-playing nations to have bowled a minimum of 200 balls in this period in T20Is, he has the sixth-best strike rate (13.3 balls per wicket). Of those above him, only Sri Lanka’s Wanindu Hasaranga has a better average and economy rate than the Australian.

Among fast bowlers, Hazlewood has the best average (15.13) as well. But What makes Hazlewood special, though, is that his economy rate, despite bowling the tough overs for Australia, is also inside the top 20 in the world in this period (using the same yardsticks).

The lanky fast bowler is also excellent in different stages of an innings. Since the start of last year, he has the best bowling average in the middle overs (10.16) among bowlers to have bowled a minimum of 100 balls in T20I cricket. He has also picked up a wicket every nine balls during the middle overs. In the powerplay, he has the second-best average among all bowlers.

Hazlewood is also effective at the death, conceding 9.57 runs per over in that phase. That is not a tally to be scoffed at, considering some of the other designated death bowlers in the world, the likes of Chris Jordan, Kagiso Rabada, Harshal Patel and Mitchell Starc have conceded more than 10 runs per over during this period.

Since 2021, Hazlewood also has the fifth-best wicket-tally among all bowlers from Test-playing nations. Bhuvneshwar Kumar, Haris Rauf, Hasaranga and Tabraiz Shamsi have bagged more wickets than the Australian. However, all of them have played more than 30 T20Is. Hazlewood has only featured 26 times for Australia, scalping 43 wickets, which roughly equates to 1.65 wickets per game.

Thus, there is a very compelling case to label Hazlewood as perhaps the best T20I pacer in the world. Hazlewood has also developed a decent slower delivery in recent times and that, coupled with his ability to bowl the hard lengths, has allowed him to prosper in different stages of an innings. He does not do anything fancy, instead relying on his accuracy. Sometimes, though, simplicity is indeed genius. T20 cricket as a format has been defined by innovation and experimentation. Batters and bowlers finding different ways to outdo each other with new shots and slower balls, with each trying to second-guess the other rather than do the same thing time and again. Hazlewood is different, relying on accuracy and consistency, trusting that his best ball will often be good enough.

In Australian conditions especially, these traits are invaluable. A couple of weeks from now, Australia will hope to defend their T20 World Cup crown on these very shores. And don’t be surprised if they turn to Hazlewood and he digs them out of trouble because, well, that is what he has been doing in the past couple of years.