The 15 Test No.3s England Have Tried Since Jonathan Trott, Ranked 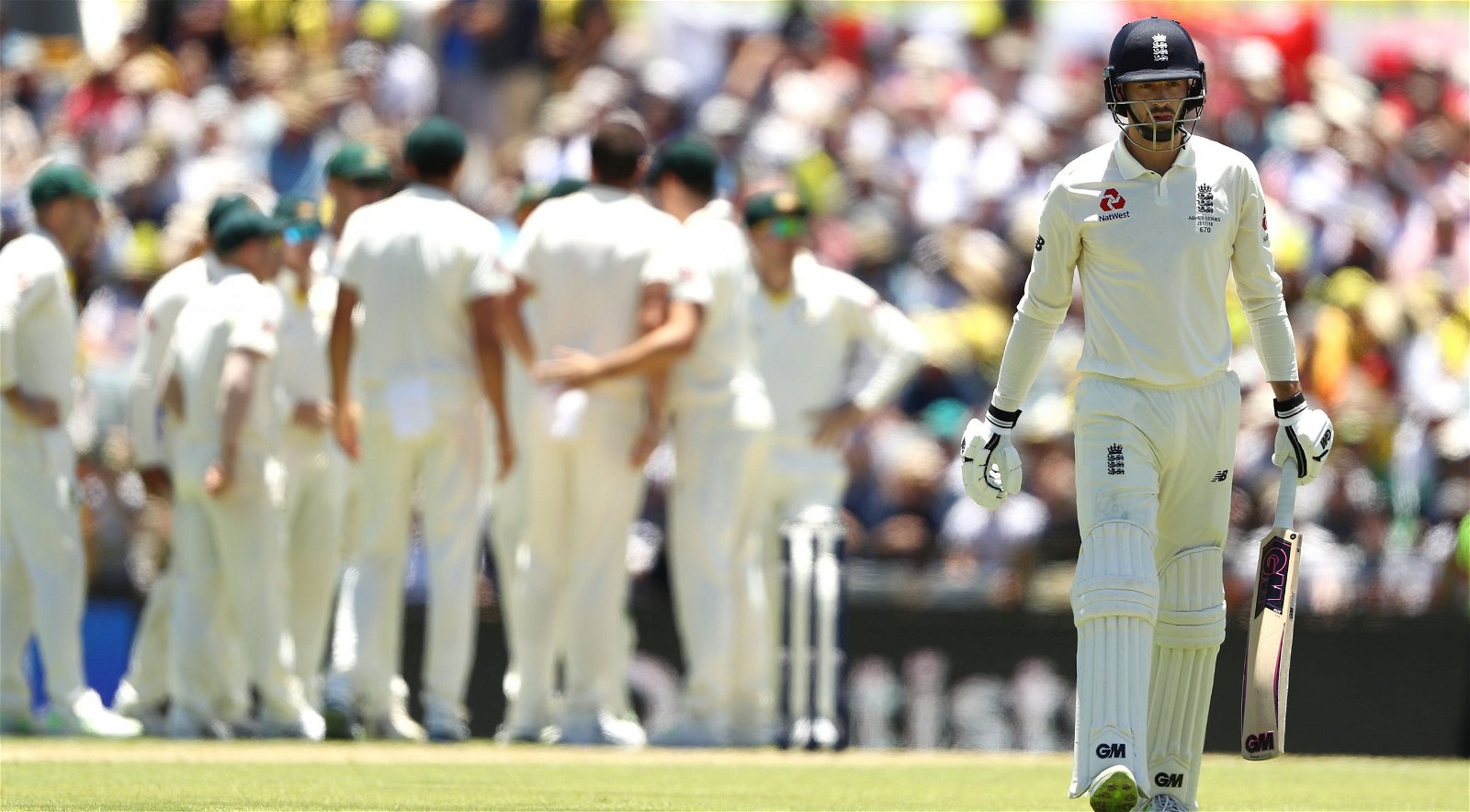 It’s almost a decade since Jonathan Trott vacated the No.3 spot which he held onto for five years before the infamous 2013/14 Ashes. He was one of England’s most important batter as they rose to being the number one Test side in the world, and his exit was the catalyst for their fall from the top.

Since then, England have tried 14 batters in his place, excluding nightwatchmen, pinch hitters, and demoted openers. None of them have proved to be a long-term solution, and only one averages above 40. On the scale of performance, most occupy a middle ground with little to separate their mediocrity. Some offered flashes of brilliance that quickly subsided, and a couple could have been genuine solutions if circumstances had evolved differently. While there are fine margins between those at the bottom and middle of the pile, those at the top lead the pack by miles.

Here is every England No.3 since Trott ranked:

Stats in bold refer to innings at No.3 after Trott retired.

Bringing up the rear is Haseeb Hameed, who’s one match at No.3 delivered a golden duck in one innings and nine runs in the other. After a debut in India where he scored two fifties including one batting with a broken thumb, Hameed promised to be an answer to England’s everlasting opener crisis. However, a subsequent loss of form kept him out of the England side for five years. He returned last summer, making one appearance at No.3 before moving back up to the opener spot. It was hardly the return of the prodigal son, with a golden duck in his first innings sending groans around Lord’s before a collective sigh of relief when he got off his pair in the following innings.

Shunted up the order after Zak Crawley slipped and sprained his wrist, Lawrence had a brief stint as a makeshift No.3 in India before the experiment was abandoned. He was displaced by Jonny Bairstow, who got a pair in his first innings back from injury and recorded a golden duck in the next match as well. One for the era of aggression at the top of the order, Lawrence was mainly selected for his ability against spin. He has shown promise lower down the line-up, but with England’s riches in depth for middle-order batters, he may have to wait a while for his next chance.

England’s one-size-fits-all batter, Moeen has occupied every position from one to nine over the course of his twice finished Test career. He filled in for at No.3 one innings when Hameed broke his thumb before reprising the role in summer 2018 to allow Joe Root his wish to bat at four. To his credit, he managed to score a gritty fifty in the final Test of the summer, but after a golden duck in Sri Lanka he was dropped back down the order.

If 1988 is remembered as the summer of four captains, the winter of 2018 deserves to be recalled for England fielding four No.3s across six Tests, as they grappled with the question of how to fit all of their all-round options, each of whom was best suited to batting at No.6 or No.7. One of those was Ben Stokes, and the logic made sense – England’s second-most technically correct batter after Joe Root, he was surely of more use with bat than with ball. Could he be England’s Kallis rather than their Botham? The trial period lasted one game – in Sri Lanka where his skills against pace were barely needed – and he was soon back in the engine-room.

It didn’t take long for international bowlers to work out that Tom Westley was suspect outside off-stump, less than a summer in fact. After a promising debut he recorded five single digit scores before managing to stick around to make 44* in his last Test innings. It wasn’t enough to win him selection for the following Ashes tour of Australia however, and he was consigned to the scrap heap in favour of James Vince.

Compton’s return to the England side after two years away started promisingly with scores of 85 and 49 in his first two innings in South Africa. His triumphant return soon fell flat under England’s first attempt at Bazball under Trevor Bayliss, to which he proved unsuited. His poor run against Sri Lanka in England’s 2016 home summer marked the end of his Test career.

The vast majority of Crawley’s runs at No.3 came in his, so far, defining innings against Pakistan. Take away that knock, and he averaged just over ten in the position, and he has been both frustrating and confusing for England ever since those two days at the Ageas Bowl. But you can’t take away that knock completely, so mid-table feels about right.

The Bairstow experiment at No.3. One hundred, one fifty and three ducks. The most lasting image of Bairstow’s time at three is the one of him red faced and roaring after registering his comeback century in Colombo, laying down a marker for the position. But after a middling tour in the West Indies he dropped back down the order. Three ducks in four innings in India in 2021 finally proved to England what many had suspected for years: Bairstow isn’t a Test top-order batter. Another one who’s batted pretty much everywhere for England, finally this summer, he got the clarity he needed to fulfill his potential.

The king of doing just enough for one more go, Denly’s failure to convert and rigidness at the crease left England opting for the younger and more eye-catching Kent batter in Crawley. Denly did play some important innings for England however, not least his fifty in the 2019 Headingley Test match which lay the foundations for Stokes’ heroics. Somewhat unfairly, he will probably fade into the background with the rest of those who have been tried and cast aside after Trott.

For a player who fills England fans with such high levels of nostalgia, Bell’s post-Trott record at No.3 is remarkably average. Before then, he had at times excelled at first-drop, notably against India in 2011, when, following an injury to Trott, a daddy hundred and a double century took England to the top of the world. But finding himself filling a hole after Trott’s sudden departure and Joe Root’s poor form, he was never able to make the position his own.

Unfairly maligned by Ed Smith as an overseas Test specialist, Malan could have done so much more in a less calamitous era for English batting. He was one of the few players to come out of the 2017/18 Ashes without too many stains on his credentials and he had a positive start in Australia four years later, registering two scores of 80-plus before the runs dried up. Who knows, if he had converted those innings into three figures, he could have had a different story.

England’s newest chosen one, Pope dealt well with moving up into unfamiliar territory this summer. Bolstered by the renewed positivity and confidence around the squad this summer, his century and three fifties in seven matches make him the best hope England have had in the position for a long time. It’s rare that England don’t go into the winter wondering who is going to bat at three, but it’s a happy relief Ollie Pope has provided.

Notching 1,000 runs in his first 10 matches, Ballance enjoyed a golden first year and half in Test cricket before beginning to struggle. Still, despite his unorthodox technique, his stats show him to be pretty much the best since Trott, even if he did plunder runs against some weaker attacks at home against India and Sri Lanka and away against West Indies. His refusal to iron out the weaknesses in his technique on his recall to the England side meant he couldn’t deliver long-term on his initial promise. Nevertheless, he’ll always be the one that got away. So close.

Wherever he bats, Joe Root manages to successfully bandage up whatever wound there is in the England batting order. Despite spending much of the last few years trying not to bat at three he is the best at it of everyone in almost a decade. During most of the time he batted there, he was pretty much opening as well, inevitably coming out at 10-1. The one constant in England’s batting line-up, he is head, shoulders and the rest of his body ahead of the rest.