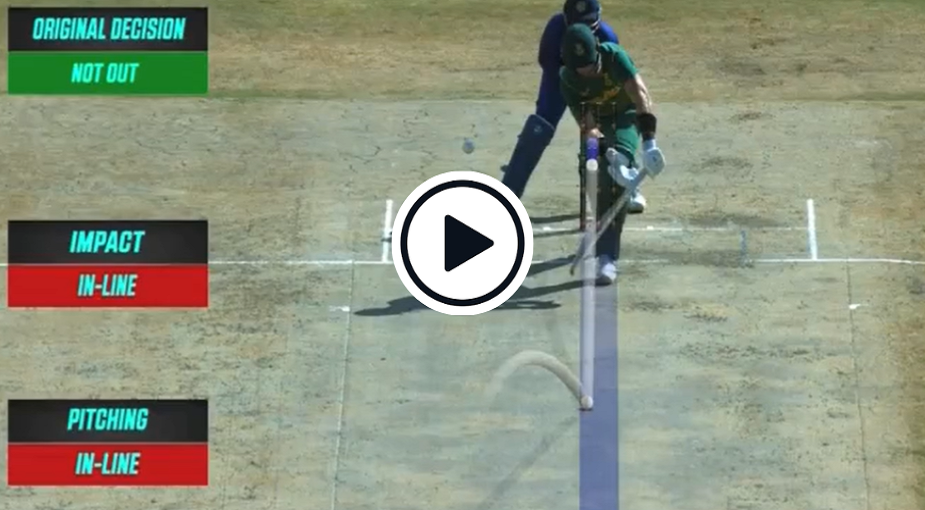 Watch: Shahbaz Ahmed debuted for India against South Africa in the second ODI between the two sides in Ranchi. In his fourth over, he trapped Janneman Malan leg-before to pick up his maiden international wicket.

During the second ODI of the three-match series, at the JSCA International Stadium Complex in Ranchi, Shahbaz – of Bengal and Royal Challengers Bangalore – became the 247th to play for India men in the format. He also became India’s fifth men’s ODI debutant of the year, after Venkatesh Iyer, Deepak Hooda, Avesh Khan, and in the first ODI, in Lucknow, Ruturaj Gaikwad and Ravi Bishnoi.

India opened bowling with off-spinner Washington Sundar against the left-handed Quinton de Kock. However, after Mohammed Siraj took out de Kock in the second over, they replaced Sundar with left-arm spinner Shahbaz for the right-handed duo of Malan and Reeza Hendricks. The Proteas pair saw off Shahbaz’s first over – the fourth of the innings – cautiously, running just three singles off it. In Shahbaz’s next over, Malan stepped out to play a delectable stroke past the cover fielder for four, but Shahbaz conceded a solitary run off it apart from that shot.

Shahbaz continued with his accurate bowling, varying his flight, tossing the occasional ball up but generally bowling flat. His third over went for two but the first four balls of his next over all went for singles. Shahbaz bowled the fifth ball of the over slightly slower, and it hit Malan on the back pad. The Indian fielders went up in unison, but the umpire remained unmoved.

Shikhar Dhawan, leading India for the series, reviewed the decision. Replays revealed that the ball would have hit top of off-stump. Hendricks (74) and Aiden Markram (79) later took South Africa to 278-7. Shahbaz finished with 10-0-54-1.

Don’t miss the LIVE coverage of the #INDvSA match on @StarSportsIndia. pic.twitter.com/Rq9vRyEWCo