‘We’re Here For A Long Time In Australia’ 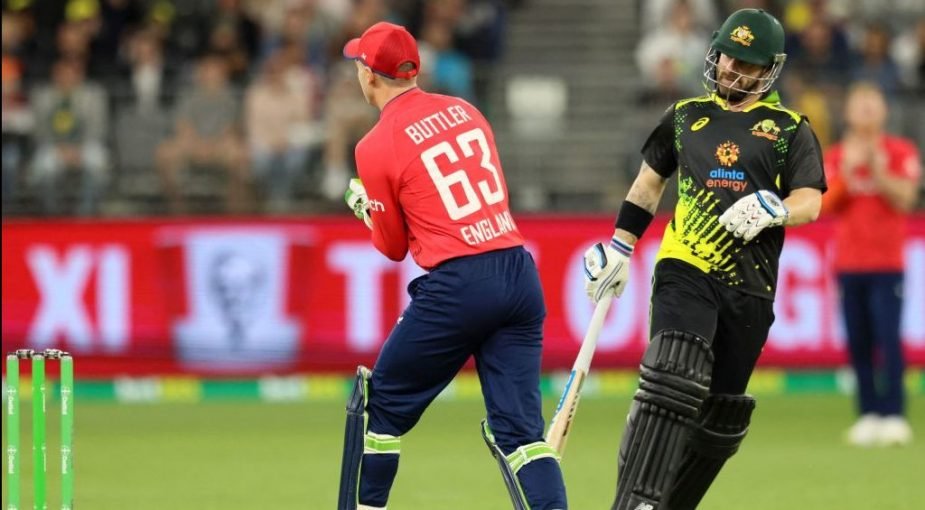 England captain Jos Buttle revealed that he was asked by the umpires if he wanted to appeal Matthew Wade seemingly obstructing Mark Wood from taking a catch, but decided against it, during the first Australia-England T20I.

The incident occurred in the 17th over of Australia’s chase of 209, with the hosts requiring 39 off 22 when Mark Wood began to bowl the third ball. After clocking 154 kph each off the first two deliveries, Wood bowled a shorter one at Matthew Wade, with the ball taking a top edge and going up in the air. The bowler tried to scamper and grab the return, but Wade seemingly tried to push aside Wood – who was following the ball – with his left hand as he made his way back to the crease. Wood couldn’t get to the ball. England, though, did not formally appeal for “obstructing the field”.

Buttler was seen gesturing at the umpire but he confirmed after the game that he did not formally lodge an appeal.

Speaking at the end of the game, Buttler said: “I was looking at the ball the whole time so I wasn’t sure what happened. They asked if I wanted to appeal, but I thought we are here for a long time in Australia so would be a risky one to go for so early in the trip”.

When asked if he would have done the same if it was a World Cup match, Buttler responded with a smile, saying “Maybe, yeah”

The missed opportunity didn’t turn out to be a match-defining one; David Warner – who scored 73 – was dismissed three balls later. And while Wade kept Australia in the hunt, he was dismissed in the final over, with the hosts falling eight runs short.

Buttler’s side will play two more T20Is against defending champions Australia ahead of the T20 World Cup.