Despite His Many Baffling Omissions, The Shaw Must Go On 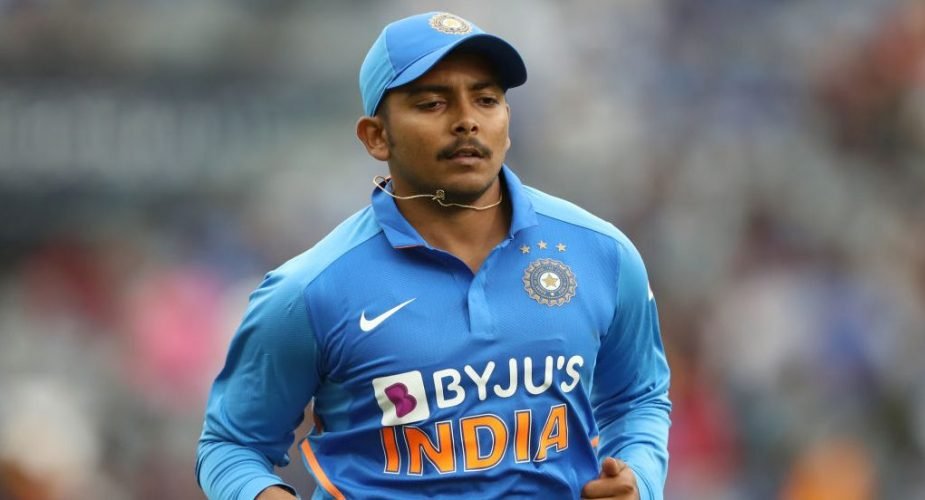 Prithvi Shaw has been brilliant over the last year and a half, but the Indian selectors’ curious apathy continues to baffle, writes Abhishek Mukherjee.

Adelaide, 2020. Shaw had kept out the first ball of the Border-Gavaskar Series, from Mitchell Starc. As he prepared to face the next ball, Ricky Ponting quipped on air: “If he does have a chink in his armour, it’s the ball which does come back into him … Quite often [he] leaves a big gap between bat and pad and that’s where the Aussies will target.”

Ponting’s observations were spot on, as one would expect from one of the most successful captains of all time and a man who had coached Shaw a month previously at the delayed Indian Premier League. What made it look worse was the fact that Starc got Shaw next ball, exactly the way Ponting had predicted.

“Quite often leaves a big gap between bat and pad and that’s where the Aussies will target.” @RickyPonting at his peerless best for the Prithvi Shaw wicket #AUSvIND pic.twitter.com/4nh67zBcpU

Shaw got off the strike first ball in the second innings, with a leg-glance. At the other end, he pushed Pat Cummins past long-on for three. The fourth ball he faced in the innings, from Cummins, ran through his defence.

Starc and Cummins are among the most dangerous fast bowlers in the world, especially in conditions they have been brought up on. In the first three team innings of that Test match, only five of the 33 individual innings were in excess of 17. In the third innings, India collapsed to 36, their lowest ever total, in the second innings.

Even while keeping all that in mind, being bowled twice in five balls to incoming deliveries after an on-air prediction looked terrible. Shaw was shunned from Test cricket. He did not get a chance even in Brisbane, when India strung together whoever they found to form an XI. It was perhaps fair, for his technique had little scope to evolve over the course of that eventful tour.

Not quite a failure

Shaw is yet to play another Test match. Between his incredible start (134, 70, 33 not out) and Adelaide, he played only one series, in New Zealand, where he scored 98 runs at 24.50 with a solitary fifty. The numbers look poor, but India crossed 200 only once in two Test matches on that tour, and none of their batters got more than 102 runs across the entire series.

Shaw also made his ODI debut on that New Zealand tour, where he scored 20, 24, and 40, striking at over 95 every time. A recall came when India sent a second-string side to Sri Lanka when their main squad was touring England for a Test series. Shaw scored 43, 13, and 49 – this time striking at a minimum of 100.

The first ODI of the series deserves special mention. Chasing 263, India lost Shaw in the sixth over. The 24 balls he faced were his entire contribution in the ODI. Despite being hit on the helmet, he hit nine fours en route to his 43. He was named Player of the Match despite Shikhar Dhawan scoring twice as many runs and Ishan Kishan 59. On that tour, Shaw also played his only T20I till date.

He came, he Shaw, he conquered

The call-up to the India ODI side was largely based on Shaw’s staggering run at that winter’s Vijay Hazare Trophy. Not only did Shaw lead Mumbai to title triumph, but his 827 runs (at 165.40, strike rate 138) remain the most by anyone in a single edition of the tournament.

Back in 2018, Shaw had bulldozed his way through school (including a quintuple-hundred) and domestic cricket (seven hundreds in his first 12 first-class matches) to earn a Test cap, and had won a World Cup as captain of the India Under-19s. But now, after facing failure (though not over a sustained period), harsh criticism, and steep competition, Shaw had little option but to return to the drawing boards.

An ‘emotionally lost’ Shaw turned to Pravin Amre, Ponting’s assistant at Delhi Capitals with an excellent track record of coaching Indian batters, from Ajinkya Rahane to Robin Uthappa. Having acknowledged that Shaw was ‘close to being tagged a failure,’ Amre and Rajinikanth Sivagnanam, the franchise’s strength and conditioning coach, laid down a five-day plan, designed mostly for white-ball cricket.

Video analysis revealed the indecision in footwork and the late response against short-pitched balls. The mornings were dedicated to fitness, the afternoons to skill training. The regime was rigorous. Shaw returned, leaner and fitter than before, his batting technique sorted.

But that is not all. A superior strike rate is often an outcome of high-risk batting, resulting in batters getting out more often. Shaw used to last 15 balls per dismissal across 2019 and 2020; that rose to 19 (higher than average share of balls in a seven-batter team) over the next two seasons.

His performances boosted his IPL strike rate to 147, roughly the same as his strike rate inside the powerplay. In fact, with a 500-ball cut-off, Shaw’s IPL powerplay strike rate is the highest in IPL history.

Shaw has not earned a national recall since the Sri Lanka tour, but that has had little to do with his performance. He toured South Africa with India A in end-2021, but that tour featured only first-class matches. By the time he returned home, Mumbai had been virtually knocked out of the Vijay Hazare Trophy.

Since the Sri Lanka tour, thus, Shaw’s 50-over outings have been restricted to two matches, against New Zealand in Chennai last month. India were set 220 in the second of these; Shaw blasted a 48-ball 77 and fell inside 17 overs. Across the Ranji and Duleep Trophies, Shaw slammed 670 runs at 51.54, striking at 86.

At the time of writing, Shaw’s List A numbers stand at 2,410 runs at 56.04. He has batted only 46 times, but among the cricketers to have batted 50 times, only seven have a better average – and they include Michael Bevan, Babar Azam, and Virat Kohli.

Of the batters who average in excess of 50, no one strikes at over a run a ball in the format. Of course, this is one of those ‘where available’ statistics, and the number for AB de Villiers is almost certainly higher than his ODI strike rate of 101.

That puts Shaw’s strike rate of 125, combined with his average of 56.04, into proper perspective. One can understand if the selectors have been circumspect about a second chance in Test cricket or ahead of the T20 World Cup.

But he has probably done enough to earn a comeback against South Africa, when India sent their best 15 away to Australia for the T20 World Cup.

WATCH: Mohammed Siraj argues with umpire after conceding 4-byes while trying to run out David Miller