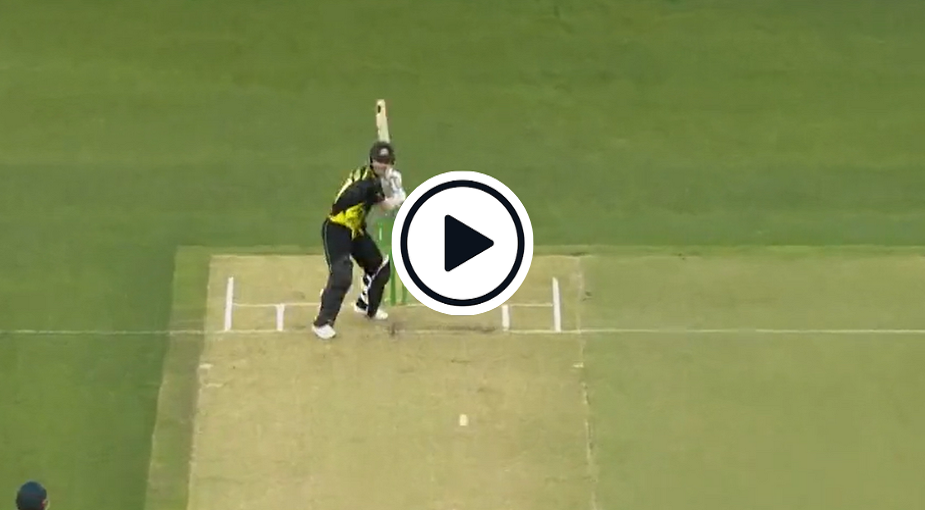 Watch: At Perth, Mark Wood unleashed a 152 kph thunderbolt, but David Warner found enough time to crunch it to the cover fence.

Asked to bat, England piled 208-6 in the first Twenty20 International of the three-match series, at the Perth Stadium after openers Jos Buttler (68 in 32 balls) and Alex Hales (84 in 61) blazed away at the top, adding 132 for the opening stand in 67 balls. England lost wickets thereafter against Nathan Ellis (4-0-20-3) & co. thereafter as the middle-order threw their bat around.

A target of 209 seldom accommodates room for strategies. Warner went after Chris Woakes, taking a six and a four in the first over, but Reece Topley hit back to have Cam Green caught behind at the other end. Warner hit Woakes for six again before Buttler replaced Topley with Wood in the fourth over.

Wood found pace straight away, clocking 148 kph with his first ball. Mitchell Marsh went for a slog but missed the ball. The next ball rose steeply: Marsh did not time the hook, and found a single. Warner slapped the first ball he faced from Wood over point for four.

The quintessential fast bowler, Wood responded with a ball 152.2 kph, but Warner had anticipated it. Just like the previous ball, he moved away outside leg. There was no sweeper cover, but there was a fielder at cover and another at point. Warner bisected them with geometric precision, and the ball raced to the cover fence for four. For good measure, he uppercut the next ball for another four.

Australia v England 2022, 3 T20Is: When and where to watch on TV, live streaming details, fixtures and squads