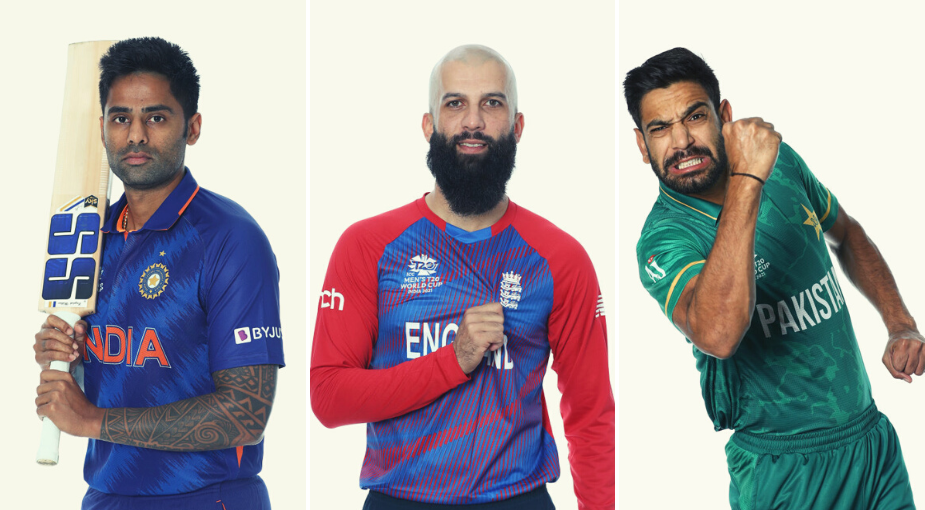 Similar to our Test and ODI ‘form’ XIs, we pick a combined world team in the men’s T20I format featuring players who are currently at the centre of great patches of form.

The T20 World Cup is right around the corner: those enjoying a fine run of form in the lead up could play key roles for their respective sides through the competition. Or not. T20 is a fickle format not meant for predictions – form can come and go in a jiffy.

That does not stop us from celebrating those currently in great touch. Here is a combined XI featuring players from ICC Full Member teams.

All statistics mentioned are for the year 2022, updated till October 9.

The current ICC No.1 ranked batter would be difficult to ignore. In the future, T20I purple patches could be termed Rizwanesque: this year, he has eight fifties including two seventies and two eighties. The average is in the high fifties, although the strike rate may be less than convincing for some. Love him or hate him, you cannot ignore the volume of runs.

A bit of a hot-and-cold situation here. That Rossouw managed to force his way back into the T20I side after six years is a story in itself, but we shall leave that for later. If the 96* in just his second game after coming back was enough to turn heads, the unbeaten 100 against India truly announced his return. There were also successive ducks against India, echoing the start of his ODI career. It will be interesting to see which Rossouw turns up at the World Cup.

Unarguably the T20I performer of the season for India, Suryakumar has been so brilliant that the illustrious names in the line-up have been batting around him. He rotates and pirouettes in his crease to rise up to conjure strokes that range between the ridiculous and the unbelievable. No batter has scored more T20I runs this year; or hit more sixes (51); or, among those who have batted 15 times, has a better strike rate.

Miller has been in fine touch since the start of 2021, but only now that his game feels elevated to another level. In a role he perfected at Gujarat Titans, winners of IPL 2022, Miller has been South Africa’s designated finisher and a fine one at that. A string of quickfire cameos preceded an epic 47-ball 106 not out in a valiant, unsuccessful chase of 238 against India. This is the version of Miller South Africa have been waiting for for years.

His Test career might just be done, but Moeen has been thriving in T20Is. With the ball, he seems to be doing his usual bit, chipping in with wickets after the quicks (the economy rate remains on the higher side). But it is the batting that stands out: four of his seven T20I fifties have come this year, and he has scored 44 per cent of his career runs in 2022 alone. Among ICC Full Members, only three others have hit more sixes than him this year.

An overdose of lefties, you would say, but Wade – the cameo specialist – just about edges out Dinesh Karthik. A resurgence that began at last year’s T20 World Cup seems to continue ahead of the upcoming edition. He’s played a defining role in (at least) a couple of Australia wins this year, thriving in his position at No.7. He has stayed unbeaten seven times this year, four of which have been scores in excess of 35.

Despite not being at his 2021 level, Hasaranga is still having a decent year, comfortably leading the wickets tally for Sri Lanka in 2022. The economy rate has slightly gone up, but the strike rate is comparable to his overall figure. He has taken four three-wicket hauls this year, including back-to-back ones in Sri Lanka’s triumphant Asia Cup campaign. His 21-ball 36 from No.7 in the final was also a gentle reminder of his late-order batting capabilities.

With no Jasprit Bumrah, Bhuvneshwar is back to being India’s spearhead entering into the World Cup. No bowler has taken more wickets with the new ball this year, and he is the only bowler to pick up three four-wicket hauls in 2022. His returns at the death have fallen off a bit, but he remains arguably India’s most dependable in a rapidly-changing bowling setup.

It is not just about the numbers. The pace (often in excess of 150 kph) he generates towards the end of the powerplay and in the middle overs helps keep the batters in check, and is a vital weapon in the death overs, where he also brings out yorkers with ease. Talking purely numbers, he has taken the sixth-most wickets among all quicks this year, with an economy rate better than three of the top five.

The machine-like efficiency continues to keep Hazlewood at the top of the ICC bowling charts. Australia’s leading wicket-taker in 2022, Hazlewood has taken two four-wicket hauls, enjoying a better average and economy rate than anyone with 20 or more wickets this year. In Australia, he averages 10.81 with an economy of under six – he may turn out to be one of the standout quicks of this year’s World Cup.

NZ vs PAK – WATCH: Devon Conway’s jaw-dropping effort to save a certain boundary