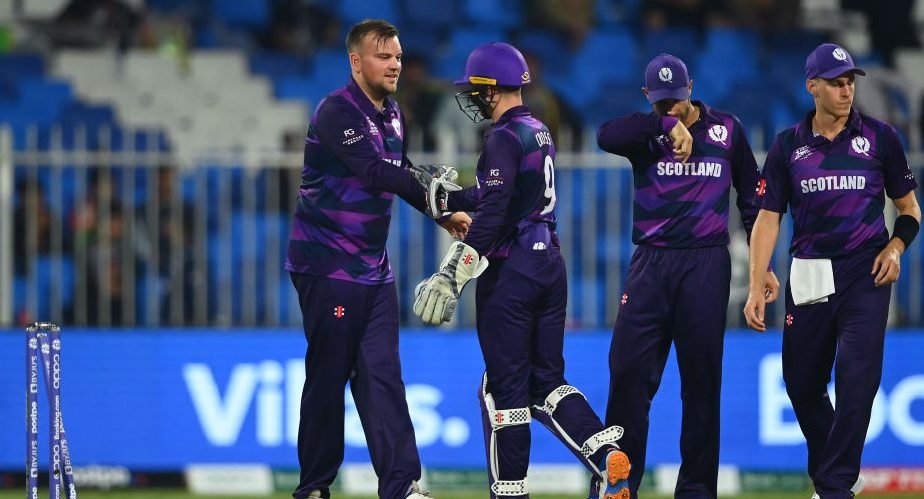 The 15-member Scotland squad for T20 World Cup 2022 has been announced – here is the complete team list for the T20 event, including injury news, reserve players and replacement updates for SCO at the tournament.

Scotland announced their squad on September 22, 2022. Richie Berrington will expectedly lead the side, with wicketkeeper Matthew Cross as his deputy. One significant inclusion has been of 22-year-old Brandon McMullen, who has impressed in Scottish domestic cricket of late. His presence, along with fellow all-rounders Chris Greaves and Michael Leask, will add balance to the side.

Scotland had impressed at last year’s T20 World Cup, stunning Bangladesh in their tournament opener. They went on to beat Papua New Guinea and Oman to top the group. However, in the Super 12, they lost all five matches, against Afghanistan, Namibia, New Zealand, India, and Pakistan. Since then, Scotland have played only two T20Is, both against New Zealand in Edinburgh. They lost the matches by 68 runs and 102 runs.

Scotland will have to play the First Round at the 2022 T20 World Cup. In Group B, they will play the West Indies on October 17, Ireland on October 19, and Scotland on Zimbabwe 21, all at the Bellerive Oval in Hobart. Two teams will advance from the group to the next round.

No Moeen, Broad Or Bairstow – Who England Are Likely To Take On The Test Tour Of Pakistan