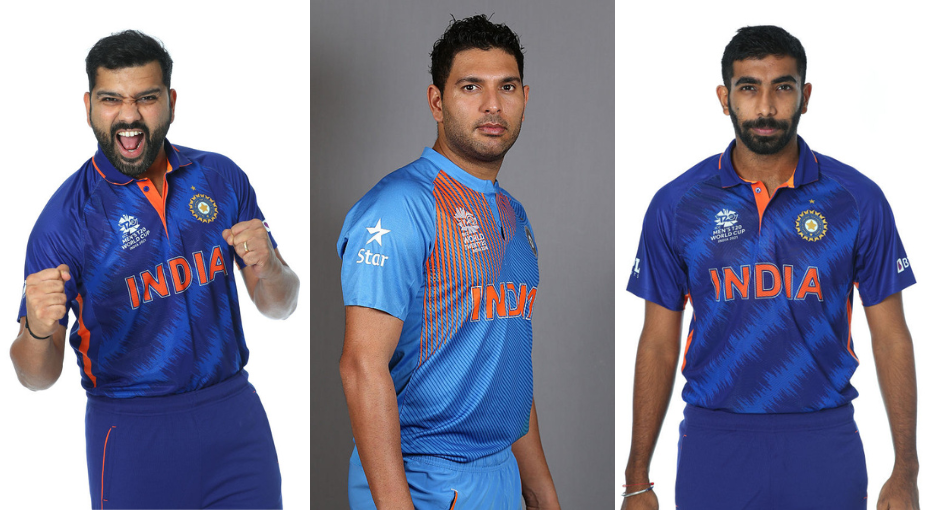 Ahead of the 2022 T20 World Cup, we pick an all-time India XI in T20Is. As is the case with any all-time XI, there are a few notable absentees.

It isn’t an easy team to pick by any standard: there’s competition for nearly every slot, and it isn’t really easy comparing players from the early years of the format, to some of the contemporary stars, who spend two months every year playing the IPL. Probably the biggest absence here is MS Dhoni, India’s only T20 World Cup winning captain so far.

A batter as pleasing to watch as any, and one of the shrewdest captains around, with copious amounts of runs to his name. Statistically, Rohit is the most successful opener in T20I history. In the all-time charts, he has the most runs, the most sixes, and the second-most fifty-plus scores – including four centuries (no one else has more than two). Among the 16 openers with at least 1,500 runs, Rohit Sharma’s strike rate is the second highest.

We’re probably not doing justice to a few regular openers here, but Kohli, one of the greatest white-ball batters of his generation, is difficult to ignore. Among all batters in T20I history with at least 1,000 runs, Kohli is one among only two to average more than 50. He also has the most fifty-plus scores (34). He averages 76.81 in T20 World Cups, with 10 fifty-plus scores. His record as an opener isn’t too shabby either: two fifties and one hundred in nine innings.

A year and a half in T20Is is enough for SKY to make it to the all-time XI, such has been his impact. He’s already eighth on India’s T20I run-getters list. Among all batters with at least 500 runs, no one has a higher strike rate than him. He hits a six every nine balls – among all those with at least 50 sixes, only Andre Russell and Evin Lewis have a better ratio. And he does it all with a characteristic nonchalance in his strokes and demeanour.

He made T20 cricket sexy for the Indian masses. Beyond the six sixes in Johannesburg, Yuvraj proved to be a mainstay in the middle order, and a template for how India had to approach the format. No one hit more sixes in the 2000s. During his peak years, he was as good as any player (his strike rate was 153.08 at the end of 2013). Not to forget the left-arm spin, a crucial part of India’s white-ball bowling a decade and a half ago. For a minimum of 25 wickets, Yuvraj’s bowling average of 17.82 is, surprisingly, the best for India after Kuldeep Yadav.

He’s not far off from being considered India’s best-ever T20I all-rounder, and he only seems to be getting better. As a first-change bowler, only Jasprit Bumrah has picked up more wickets for India. Among all all-rounders with at least 50 wickets, and a batting strike rate of 140+, Pandya is the only player with an average of 25+. For all batters with at least 500 runs at No.5, Pandya’s strike rate is the highest (155.71).

A pioneer of sorts for India in the format, especially in the post-IPL era, Raina was a crafty late-order batter who could also play in the top four, often pacing his innings to perfection. India’s very-first T20I centurion, Raina took on different roles with ease (only Virat Kohli has more runs for India between positions No.3 and No.6). Bowling-wise, he was adequately useful, affording India a nifty off-spin option. At age 23, he was even named T20I captain, but couldn’t quite build a good platform into a great career.

It wasn’t easy keeping out a T20 World Cup-winning captain, but Karthik’s latest comeback has been just enough to snatch the wicketkeeper/finisher’s spot. His is the longest T20I career ever, starting with India’s first-ever match in the format, and extending into the upcoming T20 World Cup. Along the way, he has held several roles (and every batting position from opening to No.7), but it’s in the role of cameo specialist that he’s truly thrived. At No.6 & 7  – the position we’re filling here – Karthik’s strike rate of 150.31 is much higher than Dhoni’s 121.15.

Edging out other specialist spinners is R Ashwin, who has stood the test of time to keep reinventing himself. The bowling average – economy rate combination is impressive, as is the consistency in numbers across different bowling positions (he’s bowled everywhere from No.1 to No.7, and never had his average go over 27 and economy over 7.5). With the new ball, no India spinner has taken more wickets (18 at 20.27), while the economy rate (6.31) remains standout.

He lost his way a bit, but Bhuvneshwar undoubtedly remains one of India’s greatest T20 seamers, providing exemplary control and skill as an opening bowler. No bowler in the world has taken more wickets with the new ball. Bhuvneshwar is the only quick bowler (other than Umar Gul) to take a four-wicket haul five or more times in T20Is. Further, no bowler has taken more wickets than him at a better economy rate.

Easily one of the finest white-ball seamers of his generation, Bumrah epitomises versatility in the shorter formats, seamlessly juggling his roles as a new-ball bowler and at the death. Gifted with the ability to keep runs in check, while using his angle and pace variations to prise out wickets, Bumrah is only behind Bhuvneshwar and Yuzvendra Chahal in the wickets tally. Since his debut, only five other seamers have picked more wickets. No one has a better economy rate, and only one other has a better average. No one has bowled more maiden overs (nine) in T20I cricket.

Probably not as fancied as the other superstars in this team, Nehra was an underrated T20I bowler who stayed incisive and relevant across different phases of the format. India’s fourth-highest wicket-taker in the format, Nehra’s average is better than Bhuvneshwar’s, and the third-best economy rate among all India quicks with 20+ wickets. That he continued to play until he was 38, even with India’s new-age pace revolution running in the background, goes to show how valuable he remained till the end.

A trendsetter for modern openers in many ways, Sehwag was one of the finest of his time, continuing his trademark aggressive style of play at a time when India was still trying to figure out the T20 format. Even today, with a 300-run cut-off, Sehwag’s strike rate of 145.38 is the fourth-best for India in T20Is.