England Men’s Central Contracts For 2022-23: The Winners And Losers 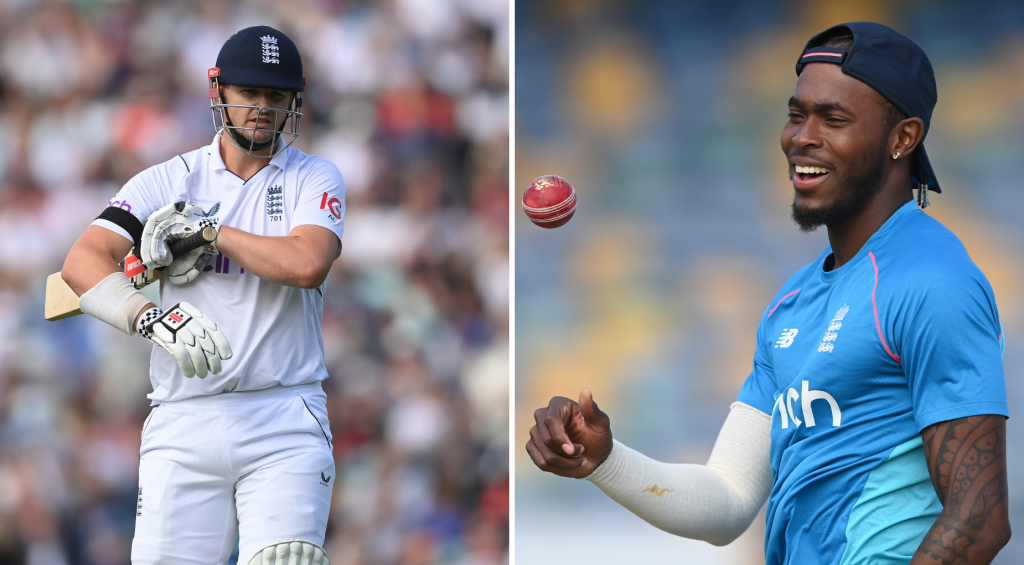 The ECB have announced the England men’s central contracts for the end of 2022 and 2023.

Eighteen players have been handed annual central contracts, the top tier of deals, with six each in the increment and pace bowling development tiers.

Zak Crawley and Alex Lees each struggled this summer. Neither made a century, and Lees actually averaged slightly more (25 to 23). But Crawley has received the highest tier of deal, and Lees none at all. Crawley was similarly backed last year, handed a higher-tier contract than Haseeb Hameed, despite Hameed being England’s incumbent opener at the time, and Crawley having endured a record-breakingly bad year in Test cricket. The England management are effusive about Crawley’s talent and match-winning potential, and they may yet be proved right in indulging him for so long. But it is still a remarkable show of faith, and one he has been fortunate to receive.

Jofra Archer hasn’t played for England since March 2021, with a series of injuries impeding his progress. However, when fit, he has shown he can be world class in all three formats, and he has rightly been backed by England. His presence in the annual central contracts list will offer hope that a return to full fitness may not be too far off.

David Willey has snuck onto the increment contract list, despite being below Jordan in the T20I pecking order and only a fringe option in ODIs.

Ben Foakes has been handed a maiden ECB annual central contract, and received one in the top category too. This is hardly a surprise, with the wicketkeeper now firmly established in the Test side after a summer which included a maiden home hundred, but it will still be a relief, with four years of injury, form struggles and some questionable management behind him.

It’s been a tough year for the Nicest Man in Cricket. As the attack leader in the West Indies, he failed to improve his poor overseas Test record, and has since been injured for much of the summer. With the emergence of Potts and the return of Robinson, it’s not impossible Woakes has played his last Test match. England’s struggles in ODIs have emphasised his importance in that format, however, and he surely has a key role to play in England’s World Cup title defence.

Brydon Carse and Matthew Fisher are the two England bowlers furthest from first-choice status to receive pace bowling development contracts. Carse performed creditably in four ODIs this summer and is capable of reaching the high 80s on the speed gun. Fisher’s Test debut saw him take a wicket with his second ball and no more thereafter, with his summer largely ruined by injury.

It is 2022 and Craig Overton has once again been awarded a pace bowling development contract, for the third year in succession. He will be 29 by the time the next English season starts. His pace has hovered between the high 70s and low 80s throughout his England career. Overton is a useful cricketer, especially in English conditions, but it’s hard to see what more England are hoping to eke out of him. That said, despite not playing a Test this summer, Overton was included in various Test squads and the contract will ensure that the ECB have great control over his workload.

Despite being first-choice in T20Is, Chris Jordan has lost his increment contract. This, coupled with Dawid Malan’s demotion from an annual to an increment contract, demonstrates the lessened importance that will be given to T20I cricket in 2023, with no global tournament set for the calendar year.

Still nominally first-choice in ODIs, Jason Roy has been moved down a tier, from an annual to an increment contract. After a torrid summer and having lost his place in the T20I side, he is arguably fortunate to receive any contract. Still, the thought of Roy not being in English cricket’s top tier was until recently unthinkable, and the prospect of them heading into the 2023 Cricket World Cup without Roy and Bairstow as their preferred openers is now a real one.

Alex Lees has played every England Test since the Ashes, but misses out altogether from the central contract list. After a tough summer for openers, in which Lees only intermittently showed he had the mettle for the top level, this is the clearest indication yet that England may look in a new direction for the Pakistan tour.

It’s not an outrage that none of these have been awarded an annual central contract, but equally, all three would have been hoping to be in the top tier. Harry Brook is now first-choice in T20Is, and close to it in the other two formats. Matthew Potts played five of England’s seven Tests this summer, and was the standout bowler in the early stages of the McCullum era. Topley is pushing for first-choice status in both white-ball formats.